You are here: Home › computer science › Jule Gregory Charney and the Science of Weather Prediction 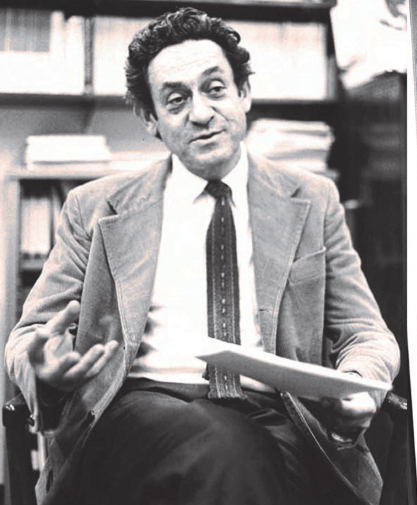 On January 1, 1917, American meteorologist Jule Gregory Charney was born. Working with computer scientist John von Neumann, Charney first applied the electronic computer for weather prediction (1950) and brought about a new understanding of the large-scale flow circulation within the atmosphere. He is considered the father of modern dynamical meteorology. In 1979, the Charney report studied the relations of carbon dioxide and climate and became one of the earliest modern scientific assessments about global warming.

” I think that the context of discovery is very different from the context of explanation or explication. But you don’t
discover things the way you write them down. There are subterranean processes which occur, and only at a certain point suddenly do things begin to gel and you know where you’re going.”
— Jule Charney, as quoted in [10]

Jule Gregory Charney was born in San Francisco to Stella and Ely Charney, fervent socialists who had immigrated early in the century from White Russia, where the lot of Jewish citizens was difficult. Charney spent most of his youth in Los Angeles and studied physics at the University of California, Los Angeles where he completed his master degree in 1940. In 1941 Charney became a teaching assistant and student in the meteorology program at UCLA. He helped train meteorologists for the armed forces in World War II and decided to pursue a Ph.D. degree in meteorology and defended successfully his thesis in 1946 on a theory of the instability of the average west-to-east flow in middle latitudes of the atmosphere. These zonal westerlies increase with speed from ground to around ten kilometers because the average air temperature below that level typically increases from pole to equator. [3] Published in October 1947 in the Journal of Meteorology, this paper was influential in two important ways: (1) it emphasized the influence of “long waves” in the upper atmosphere on the behavior of the entire atmosphere rather than the more traditional emphasis on the polar front and (2) it provided a simplified way of analyzing perturbations along these waves that proved both physically insightful and mathematically rigorous.[5]

In 1948 he went to the University of Oslo under a National Research Fellowship after studying for nine months at the University of Chicago with Carl-Gustaf Rossby, the Swedish-born meteorologist whose theories of large-scale air movements revolutionized meteorology.[4] During this year Charney developed a set of equations for calculating the large-scale motions of planetary-scale waves known as the “quasi-geostrophic approximation.” Charney’s technique consisted of replacing the horizontal wind by the geostrophic wind in the term representing the vorticity but not in the term representing the divergence. The result was a manageable set of filtered equations governing large-scale atmospheric and oceanic flows.[5]

Charney became professor of meteorology at Massachusetts Institute of Technology, Cambridge, in 1956. His research focused on the dynamics of atmospheres and oceans. In 1979 Charney chaired an “ad hoc study group on carbon dioxide and climate” for the National Research Council. The resulting 22-page report, “Carbon dioxide and climate: A scientific assessment“, is one of the earliest modern scientific assessments about global warming. Its main conclusion can be found on page 2: “We estimate the most probable global warming for a doubling of CO2 to be near 3°C with a probable error of ± 1.5°C.” This estimate of climate sensitivity has been essentially unchanged for over three decades.

Among the many awards he received was the International Meteorological Organization Prize of the World Meteorological Organization. In addition to membership in the National Academy of Sciences, he was a foreign member of the Norwegian and Swedish Academies of Sciences and an honorary fellow of the Indian Academy of Sciences.[4] From 1956 until his death in 1981, Charney was a faculty member at the Massachusetts Institute of Technology. In 1974 he was John von Neumann Lecturer. In 1976 he was awarded the William Bowie Medal, the highest distinction of the American Geophysical Union. In his honor, the American Meteorological Society bestows the Jule G. Charney Award.