You are here: Home › astronomy › Joseph Norman Lockyer – a Pioneer of Modern Astrophysics and Founder of Archaeoastronomy 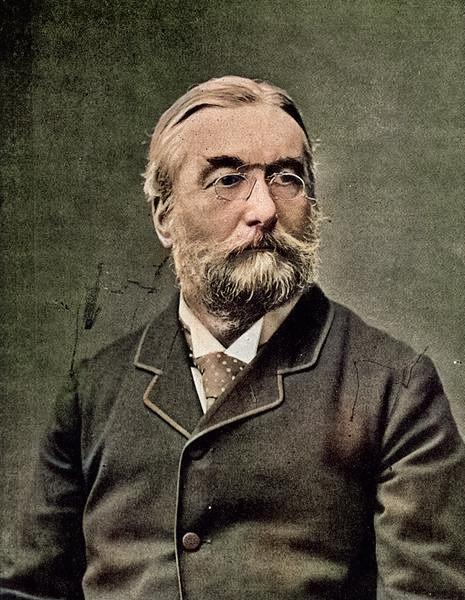 On May 17, 1836, English astronomer Sir Joseph Norman Lockyer was born. Lockyer is regarded as one of the pioneers of modern astrophysics and founder of archaeoastronomy. Along with the French scientist Pierre Janssen, he is credited with discovering the gas helium. Lockyer also is remembered for being the founder and first editor of the influential journal Nature.

“The nineteenth century will ever be known as the one in which the influences of science were first fully realised in civilised communities; the scientific progress was so gigantic that it seems rash to predict that any of its successors can be more important in the life of any nation. “
— Sir Joseph Norman Lockyer, from Inaugural Address as President of the British Association, published Nature (10 Sep 1903),439.

Norman Lockyer became a British War Department official in 1857. After a publication on Mars-topography he became a member of the Royal Astronomical Society in 1862. In 1866 he made a spectral analysis of sunspots. In 1868 he discovered independently of the Frenchman Jules Janssen an unknown line in the solar spectrum. Lockyer and his English colleague Edward Frankland proposed to call the new element helium. 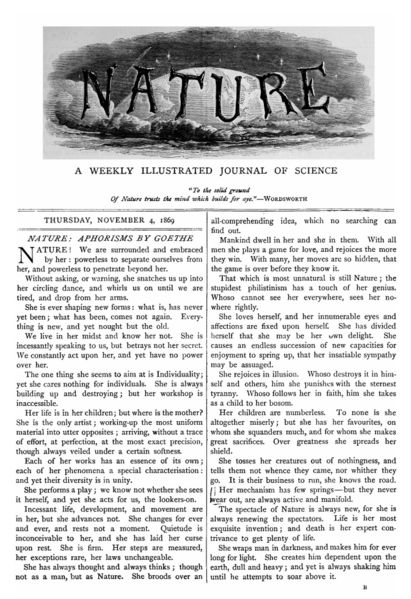 In 1869 Lockyer founded the scientific magazine Nature, which still exists today. Lockyer remained editor for 50 years. He was appointed secretary of the Royal Commission on scientific instruction and the advancement of science in 1870 and undertook an eclipse expedition to Sicily. In 1871 he was appointed assistant commissioner. In the same year Lockyer travelled to India for a solar eclipse expedition.

In 1881 Lockyer became professor of astronomy at the Royal College of Science. In 1882 he travelled to Africa for another solar eclipse expedition. He became director of the newly founded solar observatory in South Kensington in 1885, which he remained until 1913. In 1912 he also founded his own observatory in Salcombe Hill in Sidcombe in Devon. In 1887 Lockyer applied the Doppler effect to determine the rotation period of the sun and developed a theory of star evolution. He became vice president of the Royal Society in 1892. Since 1904 he was a corresponding member of the Russian Academy of Sciences in Saint Petersburg. In 1915 he was elected to the American Academy of Arts and Sciences.

He is known as one of the earliest representatives of archaeoastronomy. After he noticed the east-west orientation of many temples on a trip to Greece in 1890, he also systematically checked the astronomical orientation in Egypt and found, for example, an orientation at sunrise on midsummer’s day at the temple of Amun in Karnak. He found further orientations to the star Sirius in Egypt. Lockyer published his observations in 1894 in his book The Dawn of Astronomy. In 1901 he determined the age of Stonehenge to the year 1680 B.C. [7,8] He assumed that the so-called Heel-Stone was exactly aligned with the sunrise on midsummer’s day and calculated the shift of the sunrise direction due to the precessional motion of the earth’s axis.  An age of around 1800 BC was confirmed in 1952 by the radiocarbon method. However, he did not consider Stonehenge to be a “calculating machine” or a system for determining calendar dates, as Gerald Hawkins later did in the 1960s, but believed that it was a temple for celebrating the Celtic festival of May.

After his retirement in 1913, Lockyer established an observatory, originally known as the Hill Observatory. The site was renamed the Norman Lockyer Observatory after his death in 1920 at his home in Salcombe Regis.