You are here: Home › archeology › Gerald Hawkins and the Secret of Stonehenge 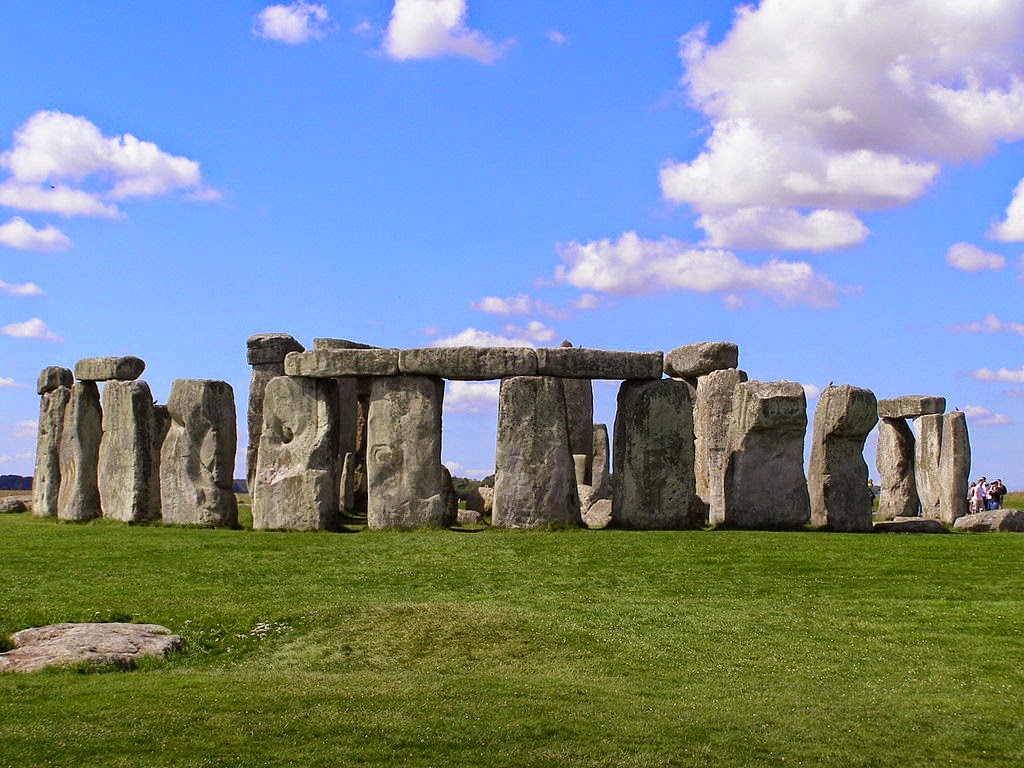 On June 20, 1928, English astronomer and author Gerald Stanley Hawkins was born. He is best known for his work in the field of archaeoastronomy. In 1965 he published an analysis of Stonehenge in which he was the first to propose its purpose as an ancient astronomical observatory used to predict movements of sun and stars.

Gerald Hawkins was born in Great Yarmouth and studied physics and mathematics at the University of Nottingham. In 1952 he took a PhD in radio astronomy, studying under Sir Bernard Lovell at the University of Manchester. In 1957 Hawkins became professor of astronomy and chairman of the department at Boston University in the United States. He wrote widely on numerous subjects, including tektites, meteors and the steady-state universe theory. Hawkins first saw Stonehenge in 1953, when working at nearby Larkhill camp. One of the most famous sites in the world, Stonehenge is the remains of a ring of standing stones set within earthworks. It is in the middle of the most dense complex of Neolithic and Bronze Age monuments in England and was built anywhere from 3000 BC to 2000 BC. Hawkins had read that the monument was aligned on midsummer sunrise, a fact first noted by William Stukeley in the 18th century, and made much of by Sir Norman Lockyer in 1906.[4]

Hawkins studied physics and mathematics at the University of Nottingham. He graduated in 1949 and received his doctorate after working at the Jodrell Bank Radio Observatory in 1952 in radio astronomy with Bernard Lovell at the University of Manchester.[6] After that he was involved in secret missile research of the Ferranti Corporation for some time before he went to the USA in 1955 to conduct meteor research with radar (Harvard Radio Meteor Project). In 1957 he became Professor of Astronomy at Boston University, also lectured at Harvard and was an astronomer at the Harvard-Smithsonian Observatory and at the Air Force Cambridge Research Laboratories in Bedford, Massachusetts. 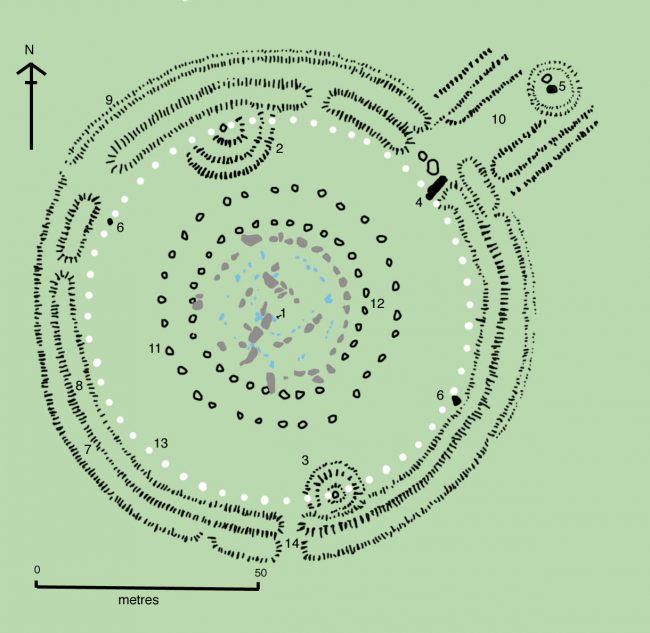 Plan of Stonehenge in 2004. After Cleal et al. and Pitts. Drawn by Adamsan, CC BY-SA 3.0 <http://creativecommons.org/licenses/by-sa/3.0/>, via Wikimedia Commons

Hawkins applied the technological resources of the university to studying the astronomical alignments of ancient megalithic sites. He fed the positions of standing stones and other features at Stonehenge into an early IBM 7090 computer and used the mainframe to model sun and moon movements. This was at a time when computers were rare and glamorous. Asking that age’s technological wonder to decipher the ancient world’s icon was – according to The Guardian “a gesture of timely genius“. The journal Nature published Hawkins’s first results in 1963 and in his 1965 book, Stonehenge Decoded, Hawkins argued that the various features at the monument were arranged in such a way as to predict a variety of astronomical events. The computer, Hawkins argued, showed Stonehenge to be a neolithic “computer-observatory” for predicting eclipses of the sun and moon. All over the world, newspapers praised Hawkins and his computer for rewriting prehistory. Stone-age savages were revealed as skilled scientists.

By interpreting Stonehenge as a giant prehistoric observatory, Hawkins‘ work re-assessed what had previously been seen as a primitive temple. The archaeological community was no so happy with Hawkins‘ interpretation. His theories were criticized by such noted historians as Richard Atkinson, who denounced the book as being “…tendentious, arrogant, slipshod, and unconvincing“. Atkinson himself had directed excavations at Stonehenge for the Ministry of Works between 1950 and 1964. Unfortunately because of an extremely heavy administrative burden arising from service on many committees throughout his career the written reports of the excavations at Stonehenge were not complete before his retirement.

However, Hawkins‘ book was a commercial success. It was especially popular among the members of 1960s counter culture, who found that it followed a similar “wisdom of the ancients” line explored by Alexander Thom, a Scottish engineer most famous for his theory of the Megalithic yard, categorization of stone circles and his studies of Stonehenge and other archaeological sites. Hawkins‘ theories still inform popular opinion of Stonehenge although archaeologists are cautious to accept them. Many scholars accept that the importance of astronomical alignment and large complexes being planned and constructed to fulfill cosmology has been demonstrated at other prehistoric sites, such as the Snake Mound and Cahokia in the United States.

Hawkins also studied other archaeoastronomic sites such as the Egyptian temple of Amun at Karnak and the Nazca lines in Peru, where a report appeared in 1969 for the Smithsonian Institute Ancient Lines in the Peruvian Desert (in 1973 he re-examined the lines and found an astronomical orientation at 20%). He reports on this in his second book Beyond Stonehenge from 1973. [5]  He continued to study Stonehenge up until his death in 2003.