You are here: Home › astronomy › Edward Walter Maunder and the Sunspots 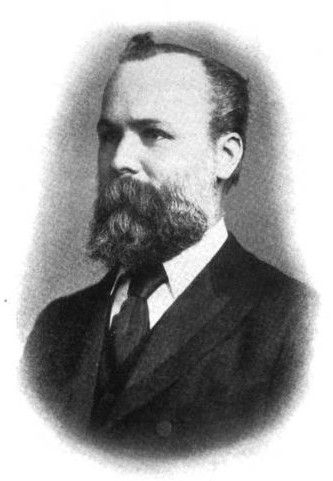 On April 12, 1851, British astronomer Edward Walter Maunder was born. Maunder was the first to take the British Civil Service Commission examination for the post of photographic and spectroscopic assistant at the Royal Observatory, Greenwich. He is best remembered for his study of sunspots and the solar magnetic cycle that led to his identification of the period from 1645 to 1715 that is now known as the Maunder Minimum.

“If we look backward, we seem to discern clear signs of progress; if we look forward, we discern nothing but the veil. Science is but organized experience, and experience of the future we have none.” – E. Walter Mounder (1913) [3]

Edward Walter Maunder was born in 1851, in London, the youngest child of a minister of the Wesleyan Society. Starting in 1871, and supporting himself financially through a job as a bank clerk, he studied at King’s College in London, however without obtaining a diploma. He took a job in a London bank to finance his studies. In November 1873, after an earlier unsuccessful attempt, Maunder secured a position at Greenwich Royal Observatory, then led by the strong-minded and micro-managerial Astronomer Royal George Biddell Airy [8] Maunder was hired as photographic and spectroscopic assistant, primarily in the solar observing program, then recently transferred from Kew Observatory to Greenwich.[2]

Following the death of his first wife Edith from tuberculosis in 1888, in 1890 he met Annie Scott Dill Russell (later Annie Russell Maunder, 1868–1947), a mathematician and astronomer educated at Girton College in Cambridge, with whom he collaborated for the remainder of his life. She worked as a “lady computer” at the Observatory from 1890 to 1895. In 1895 Maunder and Russell married. In 1916 Annie Maunder became one of the first women accepted by the Royal Astronomical Society.[2]

A modern version of the Mauders’ sunspot “butterfly diagram”. (This version from the solar group at NASA Marshall Space Flight Center.)

The Study of Sunspots

Maunder’s interest in astronomy, and solar astronomy in particular, was fired already at a young age by a naked-eye observation of a large sunspot group in February 1866. By 1881 Maunder was in charge of the solar program at Greenwich, and could lead his own research program. When the Greenwich record of sunspots was begun on 17 April 1874, the periodicity, equatorial drift, and variation of rotation with latitude of sunspots had already been established.[5] Maunder focused primarily on the studies of sunspots and solar activity, its relationship to geomagnetic activity and earth’s environment, often in the face of stubborn skepticism from the scientific establishment, and most notably Lord Kelvin.[2,9] Part of Maunder’s job at the observatory involved photographing and measuring sunspots, and in doing so he observed that the solar latitudes at which sunspots occur varies in a regular way over the course of the 11 year cycle. After 1891, he was assisted in his work by his wife Annie Maunder. In 1904, he published their results in the form of the “butterfly” diagram.

After studying the work of Gustav Spörer, who examined old records from the different observatories archives looking for changes of the heliographic latitude of sunspots, Maunder presented a paper on Spörer’s conclusions to the Royal Astronomical Society in 1890 and analyzed the results to show the presence of a prolonged sunspot minimum in the 17-18th century in a paper published in 1894. The period, recognised initially by Spörer, now bears the name Maunder minimum. Astronomers such as John Flamsteed [6] and Gian Domenico Cassini [7] who did observe sunspots during that period noted that they were the first they had seen in years. However, most of Maunder’s fellow astronomers blamed the lack of sunspots on haphazard and sporadic observations of the Sun by 17th- and 18th-century astronomers. Maunder wrote papers on his discovery in 1894 and 1922 but they aroused no interest.

In 1976 American astronomer John Allen Eddy used extensive historical data to show that 17th- and 18th-century astronomers had indeed been careful and diligent observers of the Sun. Eddy also conducted detailed analysis of levels of carbon-14 in tree rings to confirm that during two distinct historical periods sunspot activity was greatly decreased. Eddy dubbed the conspicuous solar calm that lasted from 1645 to 1715 the Maunder minimum, after Maunder.[1]

Strange phenomenon on 17 November 1882, observed and described by Maunder in The Observatory, June 1883 (pp. 192–193) and April 1916 (pp. 213–215), which he termed an “auroral beam” and “a strange celestial visitor.” Drawing by astronomer and aurora expert John Rand Capron, Guildown Observatory, Surrey, UK, who also observed it. From Philosophical Magazine, May 1883.

Elected to the Royal Astronomical Society in 1875, he soon began lobbying the Society for acceptance of women, but in vain. Finally giving up on the RAS, in 1890 he founded the British Astronomical Association, a non-elitist organization open to women, as well as interested amateurs of any social class.[2]

He travelled extensively for observations going to places such as the West Indies, Lapland, India, Algiers, Mauritius. His last eclipse expedition was to Labrador for the Solar eclipse of 30 August 1905 at the invitation of the Canadian government. Maunder also played a significant part in the debate on the canals of Mars by carrying out experiments with marked circular disks and concluding, as did Simon Newcomb, that the canals “are simply the integration by the eye of minute details too small to be separately and distinctly defined.“[4]

Maunder observed Mars and was a sceptic of the notion of Martian canals. He conducted visual experiments using marked circular disks which led him to conclude, correctly, that the viewing of canals arose as an optical illusion. Also he was convinced that there cannot be life “as in our world” on Mars, as there are no temperature-equating winds and too low mean temperatures. Craters on Mars and the Moon were named in his and his wife Annie’s honour.

The literary output of Maunder and his wife was prodigious. The results of their astronomical observations were communicated primarily to the Monthly Notices of the Royal Astronomical Society and the Journal of the British Astronomical Association. For many years both Nature and Knowledge contained frequent articles by the Maunders on popular astronomy, astronomical researches, and the history of astronomy—notably astronomical records in the Bible.[5] Edward Walter Maunder died on 21 March 1928, at age 76.