You are here: Home › communication › Jon Postel – Editor in Chief of the Internet 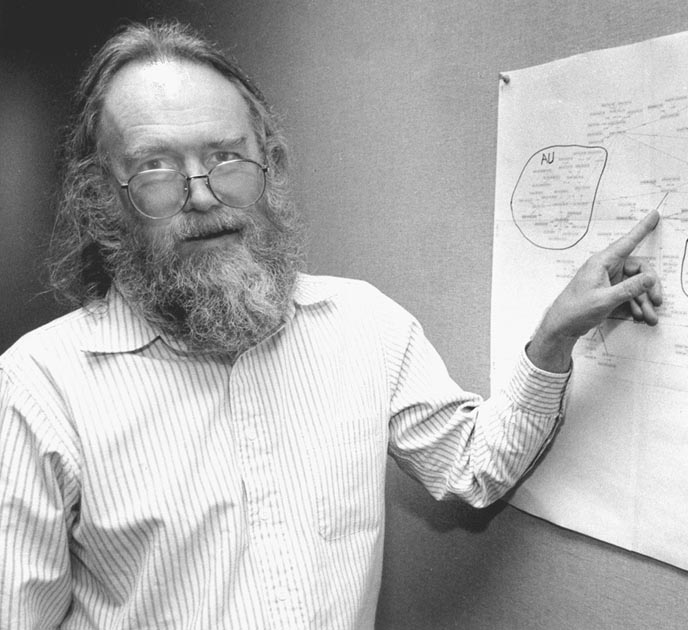 On August 6, 1943, American Computer Scientist and Internet pioneer Jonathan Postel was born. He is known principally for being the Editor of the Request for Comments (RFC) document series, and for administering the Internet Assigned Numbers Authority (IANA) until his death in 1998. If you are familiar with the internet, sooner or later you will have to do with so-called RFCs. RFCs are Request for Comments and are the basic documents that form the internet standards. As such, Jonathan Postel, or simply Jon Postel, had one of the most important jobs, when designing and further developing the Internet. He was the Editor in chief of the RFCs and many internet standards today show his hand.

“Though his life was brief, Jon Postel made a critical contribution to human progress.” (Bill Clinton, 42nd President of the U.S.)

Born on August 6, 1943, in Altadena, California, just outside of Los Angeles, Jonathan Bruce Postel attended Van Nuys High School, where he was just one class behind Vint Cerf, the man with whom he would later build the internet. Already in junior college, Postel took his first class in Computer Science in the early sixties. He went to UCLA where he earned his B.S. in 1966, and his M.A. in 1968 in Engineering. He then went on to complete there his Ph.D. in Computer Science in 1974. While at UCLA, he was involved in early work on the ARPANET, the predecessor of today’s Internet. He worked on its development, from its early protocols, to the creation of TCP/IP with Vint Cerf. After working briefly at the MITRE Corporation, he helped set up the Network Information Center at Stanford SRI. In March 1977 he joined the Information Sciences Institute at the University of Southern California.

RFCs and the Internet

Postel was the RFC Editor from 1969 until his death. As part of the Network Working Group (NWG) of the ARPANET,[5] Steve Crocker, one of Postel’s colleagues at UCLA decided to document the meetings of the NWG with the first RFC in April 1969 as a result.[4] Crocker soon handed over the stewardship of RFCs to Postel, and thus, Postel became official RFC editor and subsequently wrote and edited many important RFCs, including RFC 791, RFC 792 and RFC 793, which define the basic protocols of the Internet protocol suite, and also RFC 2223, Instructions to RFC Authors. Postel wrote or co-authored more than 200 RFCs. Moreover, Postel served on the Internet Architecture Board and its predecessors for many years. He was the Director of the names and number assignment clearinghouse, the Internet Assigned Numbers Authority (IANA), from its inception. He was the first member of the Internet Society, and was on the Board of Trustees of the Internet Society. He was the original and long-time .us Top-Level Domain administrator.

“Be conservative in what you do, be liberal in what you accept from others.” (Jon Postel in RFC 793, also referred to as ‘Postel’s Law’)

An RFC is a Memorandum

In computer network engineering, a Request for Comments (RFC) is a memorandum, usually published by the RFC Editor on behalf of the Internet Engineering Task Force (IETF). RFCs describe new methods, behaviors, research, or innovations applicable to the working of the Internet. Through the Internet Society, engineers and computer scientists may publish discourse in the form of an RFC, either for peer review or simply to convey new concepts, information, or (occasionally) engineering humor. The IETF adopts some of the proposals published as RFCs as Internet standards. The RFC process today is working the following way: The RFC Editor assigns each new RFC a unique serial number. Once assigned a number and published, an RFC is never rescinded or modified; if the document requires amendments, the authors publish a revised document. Therefore, some RFCs supersede others; the superseded RFCs are said to be deprecated, obsolete, or obsoleted by the superseding RFC. Together, the serialized RFCs compose a continuous historical record of the evolution of Internet standards and practices. For more details about RFCs and the RFC process, see RFC 2026, “The Internet Standards Process, Revision 3“.

Jon Postel’s influence is felt throughout the Internet, in its protocols, in their documentation, in the DNS names we use and the ‘dot’ we use to separate them. Moreover, it is felt in no small way in the ‘good engineering’ that helped the Internet thrive from its inception in 1969 to today.

“If the Net does have a god, he is probably Jon Postel.” (The Economist)

When John Postel died – tragically young at 55 – in October 1998 in Santa Monica, California, his mourners launched a squadron of paper planes soaring in honour of the man they saw as a technical genius; a man who quietly did what was necessary in support of the Internet to help ensure its advancement for good. The Internet Society’s Postel Award is named in his honor, as is the Postel Center at Information Sciences Institute. His obituary was written by Vint Cerf and published as RFC 2468 in remembrance of Postel and his work.

Vint Cerf. Lecture “Tracking the Internet into the 21st Century“, [7]