You are here: Home › physics › John William Strutt and the Rayleigh Scattering 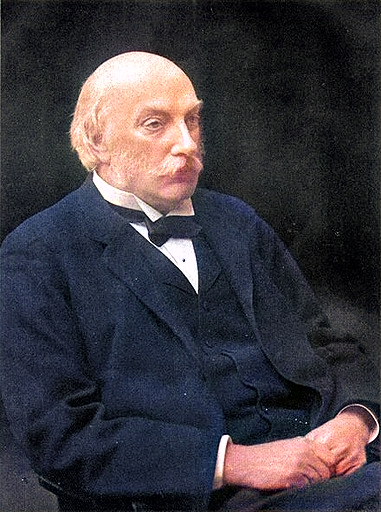 On November 12, 1842, English physicist John William Strutt, 3rd Baron Rayleigh was born. Rayleigh with William Ramsay, discovered argon, an achievement for which he earned the Nobel Prize for Physics in 1904. He also discovered the phenomenon now called Rayleigh scattering, which can be used to explain why the sky is blue, and predicted the existence of the surface waves now known as Rayleigh waves.

Education and the Theory of Sound

Strutt was born at Langford Grove in Maldon, Essex. Strutt suffered from poor health throughout his childhood and youth, and it was necessary for him to be withdrawn from both Eton and Harrow, before going on to the University of Cambridge in 1861 where he studied mathematics at Trinity College, Cambridge. He obtained a Bachelor of Arts degree (Senior Wrangler and 1st Smith’s prize) in 1865, and a Master of Arts in 1868. He was subsequently elected to a Fellowship of Trinity. He held the post until his marriage to Evelyn Balfour, daughter of James Maitland Balfour, in 1871. An attack of rheumatic fever shortly after his marriage threatened his life for a time. A recuperative trip to Egypt was suggested, and Strutt took his bride, Evelyn Balfour, the sister of Arthur James Balfour, on a houseboat journey up the Nile for an extended winter holiday. On this excursion he began work on his great book, The Theory of Sound, in which he examined questions of vibrations and the resonance of elastic solids and gases. The first volume appeared in 1877, followed by a second in 1878, concentrating on acoustical propagation in material media.

In 1873, on the death of his father, John Strutt, 2nd Baron Rayleigh, he inherited the Barony of Rayleigh. He was the second Cavendish Professor of Physics at the University of Cambridge following James Clerk Maxwell, from 1879 to 1884.[7] He first described dynamic soaring by seabirds in 1883, in the British journal Nature. One of the important pieces of experimental work he carried during his time as Cavendish professor was a standardization of the ohm. Maxwell and Chrystal had carried out experiments in Cambridge earlier and the apparatus was still available for Rayleigh. However the old equipment did not prove good enough to allow Rayleigh to obtain the accuracy he required and so he had new apparatus built.[2] From 1887 to 1905 he was Professor of Natural Philosophy at the Royal Institution. Perhaps his most significant early work was his theory explaining the blue color of the sky as the result of scattering of sunlight by small particles in the atmosphere. The Rayleigh scattering law, which evolved from this theory, has since become classic in the study of all kinds of wave propagation.[1]

The Discovery and Isolation of Argon

The discovery and isolation of argon was undoubtedly Rayleigh’s most dramatic and famous accomplishment. Lord Rayleigh became interested in determining the exact density of the common gases in air as early as 1882, when he addressed the British Association for the Advancement of Science on the topic. Upon his leaving the Cavendish chair in 1884, he commenced experiments in his laboratory that led to more exact determinations of the density of atmospheric nitrogen, which was found to differ from nitrogen produced from chemical compounds. In 1892, Rayleigh showed that the density of nitrogen prepared from ammonia was less than that of atmospheric nitrogen. This discrepancy Strutt attributed to the presence of an unknown gas. Rayleigh was joined by the Scottish chemist William Ramsey, who had been investigating the same problem, and the two isolated an element in 1895 which they named Argon. For this achievement, the two won Nobel prizes in 1904, Rayleigh in physics and Ramsey in chemistry.[4] 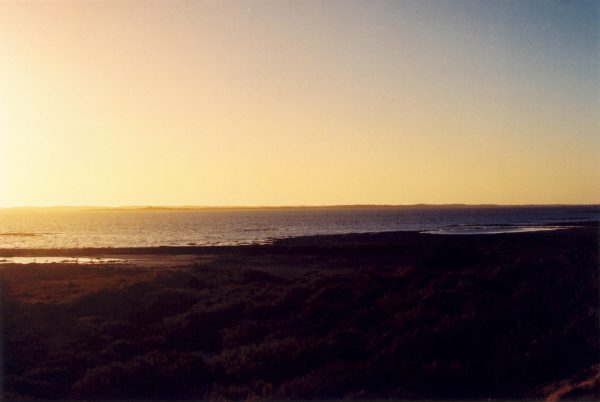 Rayleigh scattering causes the blue hue of the daytime sky and the reddening of the sun at sunset.

Around the year 1900 Lord Rayleigh developed the duplex theory of human sound localization using two binaural cues, interaural phase difference (IPD) and interaural level difference (ILD) based on analysis of a spherical head with no external pinnae. The theory posits that we use two primary cues for sound lateralization, using the difference in the phases of sinusoidal components of the sound and the difference in amplitude between the two ears. Rayleigh had been elected as a Fellow of the Royal Society on 12 June 1873, and served as president of the Royal Society from 1905 to 1908. He received the Royal Medal from the Society in 1882, and became secretary of the Society in 1885, being awarded the Society’s Copley Medal in 1899.[2] He became chancellor of Cambridge University in 1908.

As an advocate that simplicity and theory be part of the scientific method, Lord Rayleigh argued for the principle of similitude. From time to time Lord Rayleigh participated in the House of Lords; however, he spoke up only if politics attempted to become involved in science. He died on 30 June 1919, in Witham, Essex, aged 76.