You are here: Home › botany › John Lindley and his Love for Plants 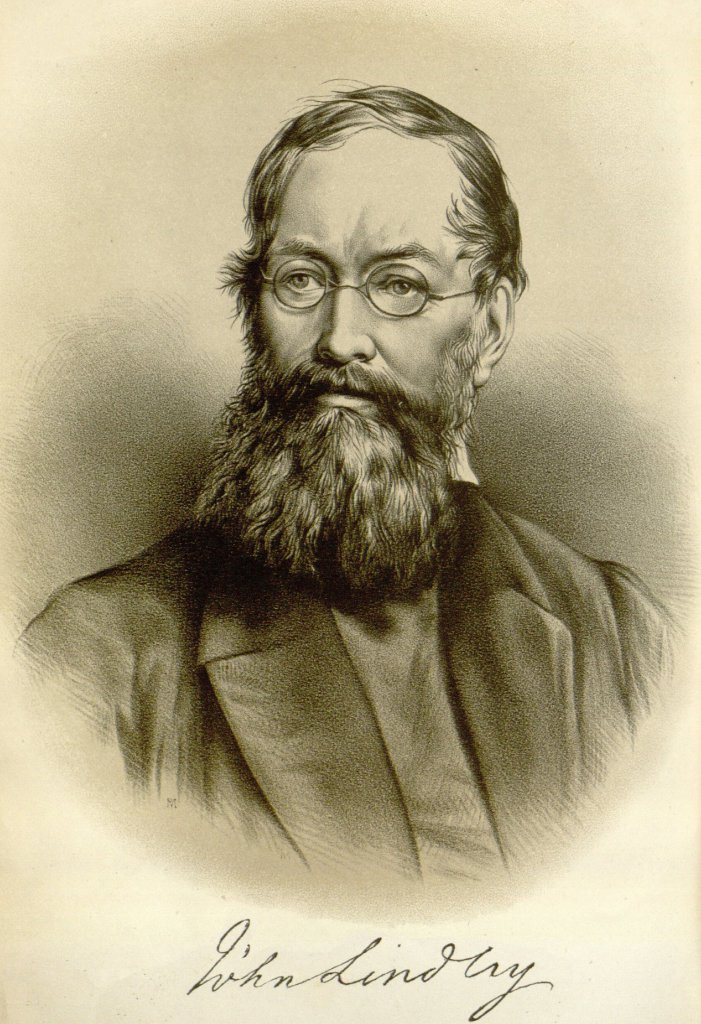 On February 5, 1799, English botanist, gardener and orchidologist John Lindley was born. His attempts to formulate a natural system of plant classification greatly aided the transition from the artificial (considering the characters of single parts) to the natural system (considering all characters of a plant). He made the first definitive orchid classification in 1830.

John Lindley was born in Catton, near Norwich, England, as one of four children of George Linley, a nurseryman and pomologist who ran a commercial nursery garden, and his wife Mary. Although he had great horticultural knowledge, the undertaking was not profitable and the family lived in a state of indebtedness. As a boy John would assist in the garden and also collected wild flowers he found growing in the Norfolk countryside. Educated at Norwich School, he would have liked to go to university or to buy a commission in the army but the family could not afford either. Thus, he became Belgian agent for a London seed merchant in 1815. At this time Lindley became acquainted with the botanist William Jackson Hooker who allowed him to use his botanical library and who introduced him to Sir Joseph Banks who offered him employment as an assistant in his herbarium.

In 1819 he published his first scientific papers which were acknowledged by the Linnaean Society. Lindley went to work at Banks’ house in London. For his botanical interest he concentrated on the genera “Rosa” and “Digitalis” and published the monograph “A Botanical History of Roses” which distinguished seventy-six species. He became acquainted with Joseph Sabine who grew a large assortment of roses and was the Secretary of the Horticultural Society of London. His employment came to an abrupt end with the death of Banks a few months later. In 1820, at the age of twenty-one, Lindley was elected a fellow of the Linnean Society of London. Next, Lindley was appointed assistant secretary to the Horticultural Society and its new garden at Chiswick in 1822, where he supervised the collection of plants. In 1828 Lindley was elected a fellow of the Royal Society of London and in 1833 was awarded the honorary degree of Doctor of Philosophy from the University of Munich. In 1829 he was appointed to the chair of botany at University College, London, which he retained until 1860.

Plate from ‘A sketch of the vegetation of the Swan River Colony’ by John Lindley, 1839

Lindley’s investigation in 1838 of the conditions at the Kew Gardens in London led him to recommend that the gardens be turned over to the nation and used as the botanical headquarters for the United Kingdom. His famous collection of orchids was eventually housed in the Kew herbarium. His Theory and Practice of Horticulture (1842) is considered to be one of the best books ever written on the physiological principles of horticulture.[1] Time-consuming though his official duties and public activities certainly were, Lindley nevertheless managed to prepare the specific characters for the 16,712 species of flowering plants and cryptogams included in John Loudon’s Encyclopaedia of Plants (1829) and to produce a series of well-documented, clearly written, authoritative educational publications

As a young man Lindley campaigned vigorously against the artificial “sexual system” of classification of plants introduced by Linnaeus in favor of a more natural system. In 1830 he published Introduction to the Natural System of Botany which was the first work in English to give descriptions of the families on a worldwide basis. It embodied detailed, firsthand observations of their representatives in the garden and herbarium. Uninfluenced by theories of evolution, and hence without thought of phylogeny, Lindley regarded the characters of plants as “the living Hieroglyphics of the Almighty which the skill of man is permitted to interpret. The key to their meaning lies enveloped in the folds of the Natural System.”[2]

In 1845, Lindley was part of a scientific commission set up by the Government to investigate potato blight and the Irish famine. The cause of the fungal disease was not known at the time and the weather was thought to be to blame. In 1861, Lindley took charge of organising the exhibits from the British colonies for the International Exhibition at South Kensington. This was exhausting work and seems to have taken a toll on his health. In 1863 he travelled to Vichy, a spa in the south of France, but his health continued to decline. He died at his home at Acton Green, near London, aged 66.

At yovisto, you can learn more about botany  in the video lecture on ‘Human Livelihoods Depend on Wild Flowers: Kew’s Millennium Seed Bank explained‘.

Related Articles in the Blog