You are here: Home › art › John Constable and The Art of Lanscape Painting 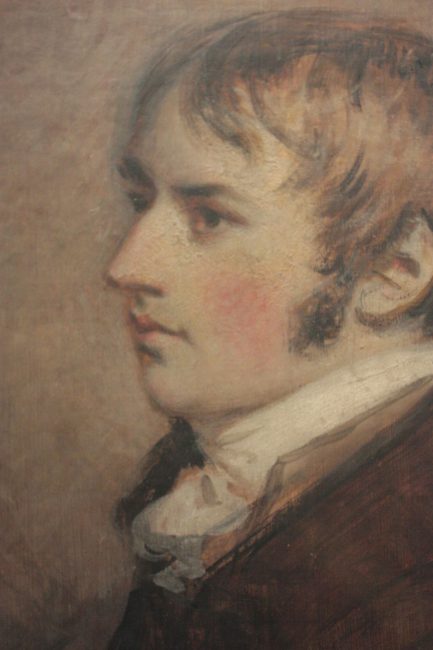 On June 11, 1776, English landscape painter in the Romantic tradition John Constable was born. Constable is known principally for revolutionising the genre of landscape painting with his pictures of Dedham Vale, the area surrounding his home – now known as “Constable Country”. His work lives from the tension between close observation of nature (e.g., studies of the sky and clouds) and the neglect of line in favor of the color effect. In addition to many landscape paintings, he also painted portraits, horses and still lifes.

John Constable was born at East Bergholt in Suffolk, the fourth of six children of Golding Constable and his wife Ann Constable. In 1783 he attended school at Fordstreet, Essex, then a school at Lavenham, from which he was removed because of a brutal assistant teacher. Instead, he attended Dedham Grammar School. Beginning in 1792, he first worked in his father’s business, which dealt in grain, coal, and other things. Two years later, he and one of his father’s employees went to Norfolk to draw. In 1799 he received his parents’ consent to study art in London and entered the Royal Academy in London as a probationer, where he took classes in still life and anatomy and also studied the old masters, which he learned to copy. During the time of his studies he was inspired by the paintings of artists Thomas Gainsborough,[1] Claude Lorrain, Peter Paul Rubens,[2] Annibale Carracci and Jacob van Ruisdael. In May 1802, he produced several drawings of Windsor Castle. Constable declined the offer of employment as a drawing instructor at Marlow Military Academy. According to Benjamin West, president of the Royal Academy, his acceptance would have meant the end of Constable’s artistic career. In 1803 he had his first exhibition at the Royal Academy. That same year, Constable bought a studio in East Bergholt. In 1806, sketches were made by two daughters of the Cobbold family, the first of a series of over a hundred paintings, painted in pencil, ink and ink, and as watercolors. 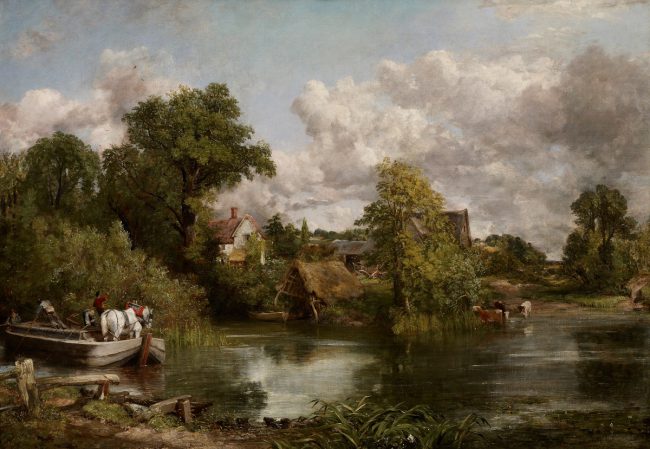 In 1809 he fell in love with Maria Bicknell, a civil servant’s daughter twelve years his junior. In March 1815, his mother Ann Constable died. A year later, on May 19, 1816, his father, Golding Constable, died. On October 2, 1816, he married Maria Bicknell at the London church of St. Martin-in-the-Fields; they honeymooned at Osmington, Dorset. In 1817 he moved into a house at No. 1 Keppel Street, Bloomsbury. On December 4 of that year their first child, John Charles, was born, followed later by six more. In May 1819, Constable exhibited The White Horse at the Royal Academy, one of his large-scale paintings, completed that year. The painting (without the frame) sold for the substantial price of 100 guineas to his friend John Fisher, finally providing Constable with a level of financial freedom he had never before known. The White Horse marked an important turning point in Constable’s career; its success saw him elected an associate of the Royal Academy and it led to a series of six monumental landscapes depicting narratives on the River Stour known as the ‘six-footers’ (named for their scale). In 1824, Constable received a gold medal from the French king. The exhibition of two of his works at the Salon in Paris had a significant influence on French landscape painters (Barbizon School). 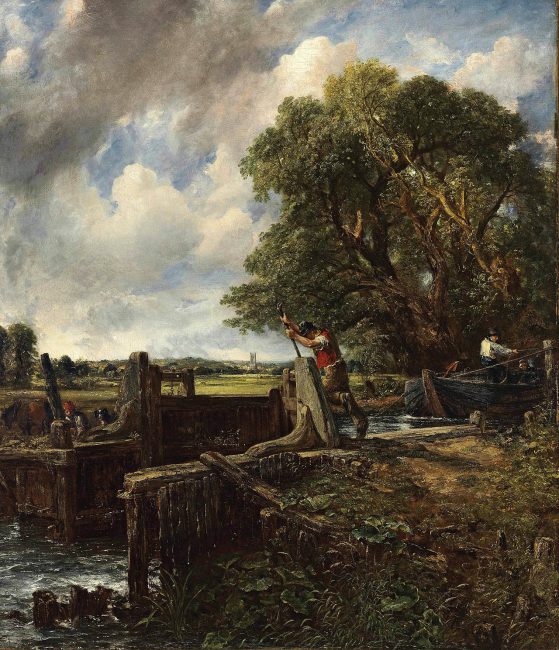 After the birth of their seventh child, Lionel Bicknell, in January 1828, Mary became ill and died of pulmonary tuberculosis in November at the age of 41. In deep mourning, Constable dressed entirely in black from this point on and cared for his seven children alone until the end of his life. In February 1829, he was elected to the Royal Academy of Arts in London.

John Constable died unexpectedly on the night of March 31, 1837, and was buried at Hampstead. Constable quietly rebelled against the artistic culture that taught artists to use their imagination to compose their pictures rather than nature itself. Although Constable produced paintings throughout his life for the “finished” picture market of patrons and R.A. exhibitions, constant refreshment in the form of on-the-spot studies was essential to his working method.