You are here: Home › art › Peter Paul Rubens and the Baroque Extravaganza 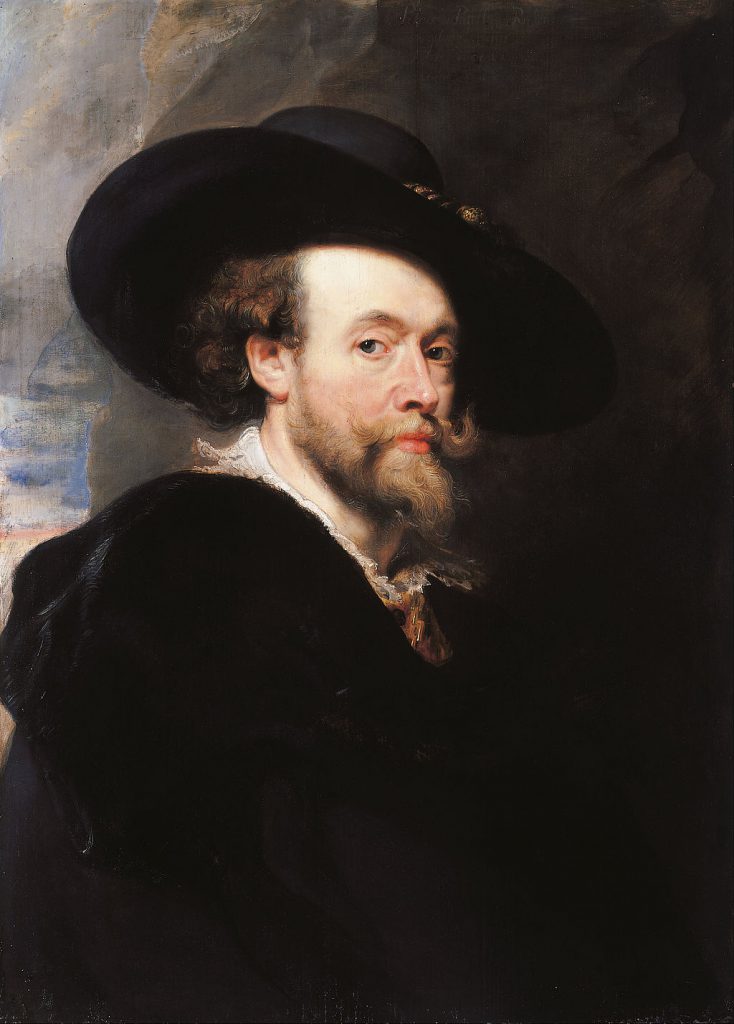 On June 28, 1577, German-born Flemish Baroque painter Peter Paul Rubens was born. He is best known for his extravagant Baroque style that emphasised movement, colour, and sensuality.

“The light falls so unfavorably on the altar that one can hardly discern the figures or enjoy the beauty of color and the delicacy of the heads and draperies which I executed with great care from nature and completely successfully according to the judgement of all. Therefore, seeing that all the merit in the work is thrown away and since I cannot obtain the honor due my efforts unless the results can be seen, I do not think I will unveil it.”
– Peter Paul Rubens, in his letter to Count Annibale Chieppio (1608)

Peter Paul Rubens was probably born on 28 June 1577 as the son of Jan Rubens and Maria Pypelinckx in Siegen (county of Nassau-Dillenburg). He had six siblings. The date of birth is not attested beyond doubt, as only one copperplate engraving, made nine years after Rubens’ death, refers to June 28. Another possible date would be 29 June as the Roman Catholic Church’s day of remembrance for Peter and Paul. Rubens received a good formal education in mostly Latin and literature, starting with his artistic career under Tobias Verhaeght at the age of 14. To exercise, Rubens copied various images, mostly woodcuts and engraving from famous contemporary artists. After he finished his education, Rubens traveled to Italy, first stopping in Venice. The trip highly influenced his later career, as he was fascinated by Titian’s and Tintoretto‘s paintings.[4] He enjoyed their compositions as well as their coloring styles and after the Duke promised the artist a tolerable financial aid, he moved along to Rome and Florence. The Greek and Roman art, he studied during his stay influences his very mature way of painting. Rubens also stated to have been highly inspired by the works of Caravaggio,[5] Michelangelo,[6] and Leonardo da Vinci, to name just a few. In this period, he completed the altarpiece commission St. Helena with the True Cross. In the following years, Rubens also created several portraits and a book illustration of the palaces of Genova.

Due to his mother‘s severe illness, Rubens moved back to Antwerp. The mayor’s commissions (“The Adoration of the Magi“, 1609, for Antwerp’s city hall, immediately followed by “Samson and Delila” for his private residence) helped Rubens to make his skills known in the shortest possible time and to receive further lucrative commissions from the upper classes. On 9 January 1610 Rubens was finally sworn in as court painter to Albert VII, Archduke of Austria, already on 23 September 1609 he had been appointed to this position, in 1611 Rubens founded his own splendid home in which he placed his rich art collection. Now combining a diplomat and artistic career, Rubens focussed more and more on teaching young talented artists, such as Anthony van Dyck who became famous for his numerous portraits. During these years, famous pictures like ‘The Elevation of the Cross’ or the portrait of ‘Infanta Isabella Clara Eugenia‘ from 1615 were completed, increasing Ruben‘s fame critically. But his fame also led to many people copying his works, mostly in the Netherlands, but also in Spain, France, and England, wherefore he established a copyright for nearly all of his pictures. 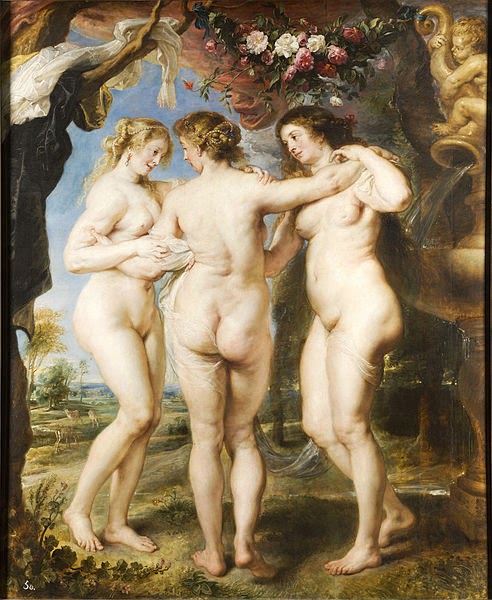 After 1621, Rubens began focussing more and more on his job as a diplomat, traveling through Europe and being knighted several times and receiving a few honorary diplomas from several universities he visited. In 1622 Maria de’ Medici called him to Paris to decorate her Luxembourg Palace built there with representations of the most memorable events of her own life (so-called Medici cycle, ca. 1622-1625). Still, he found time to complete several paintings like the ‘Allegory of Peace and War‘, which he finished in 1629 and gave it to Charles I as a gift. After Rubens had been a diplomat in the service of Archduchess Isabella since 1623 for the purpose of peace negotiations, the Archduchess sent him to Spain in 1628 with the same intention. Rubens won the King’s confidence, became secretary of the Privy Council and carried out several works during his stay in Madrid. From Madrid he was sent to London in 1629 to negotiate with the King for peace between Spain and England. Thanks to these preliminary discussions, the peace treaty was signed in 1630. 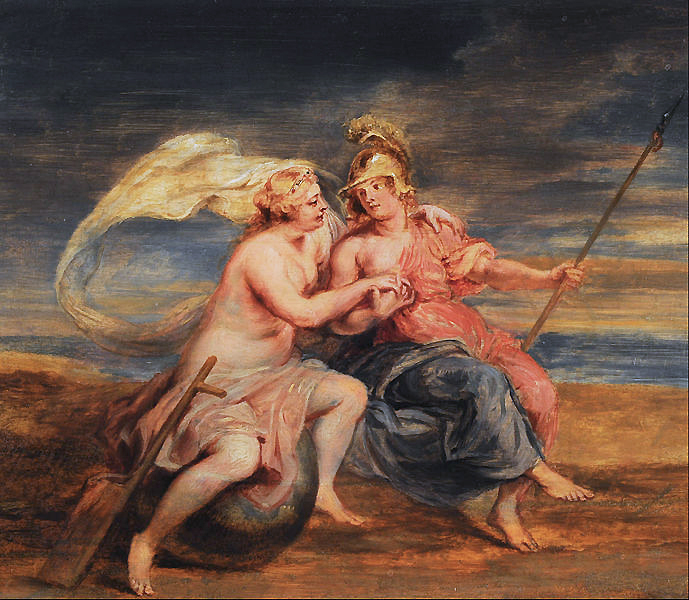 In the later years of his work, as the commissions became too frequent, he designed almost only the sketches themselves; he left the execution largely to his students. When he took over works, it was often decided which students were allowed to help him. Rubens now lived alternately in the city and on his country estate Kasteel Steen in Elewijt near Mechelen. Since 1635 he mostly painted easel paintings of a finer execution. Peter Paul Rubens died on 30 May 1640 at the age of 63 in Antwerp after suffering from gout for some time.

Rubens’ works are characterized by light and color. His pleasure in the sensual appearance forms a sharp contrast to the worldly piety of the devotional pictures of the older school. He also devoted himself to mythological objects. He painted nudes with bright flesh colour. He not only reproduced lined models, but also created figures who, like those of the Greeks and Romans, were used to nudity. He became widely known for the full figures women he passionately painted, wherefore these styles became known as Rubensian or Rubinesque. His pictures are characterized by an allegorical visual language with mythological symbolism. The drawings often become his own works, which surpass the later paintings in their power of formulation. His paintings are exhibited in the most prominent art museums around the world and are worth several million dollars.