You are here: Home › physics › Johannes van der Waals – A Pioneer in the Molecular Sciences 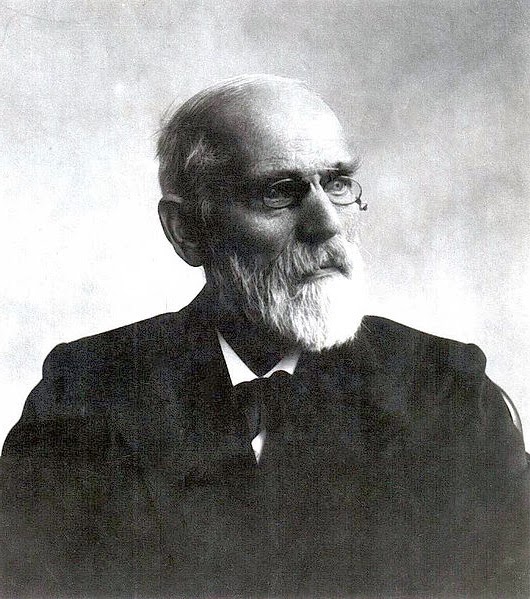 On November 23, 1837 Dutch theoretical physicist and Nobel Laureate Johannes Diderik van der Waals was born. He is best known for his work on an equation of state for gases and liquids.

“…There can be no doubt that the name of Van der Waals will soon be among the foremost in molecular science”
— James Clerk Maxwell’s remarks in Nature magazine (1873).

Johannes Diderik van der Waals was born in Leiden, Netherlands, the son of a carpenter and could only receive ‘advanced primary education’, which would later on not be enough to actually enroll at a university. When he was 15, his father expected his son to go into the carpenter business as well but instead, van der Waals decided to become a teacher’s apprentice at an elementary school. During this period, he worked hard and continued to educate himself to earn qualifications to become a primary school teacher.

His interest in mathematics and nature sciences grew and van der Waals was able to attend the University of Leiden. Still, he could not enroll as a regular university student, but he was able to take up to four courses a year and eventually became a physics teacher at a school for children of the higher middle class in 1866. Still his problems were the classical languages that van der Waals had never learnt. Fortunately, the minister of education gave him a dispensation from the classical languages and he could finally take the examinations in order to start his doctoral studies in the field of physics and mathematics. In 1873, he defended his doctoral thesis ‘On the continuity of the gaseous and liquid state‘ in which he introduced the concepts of molecular volume and molecular attraction. Through his thesis, Johannes van der Waals was one of the first known scientists to have postulated an intermolecular force, which is now referred to as the ‘van der Waals force‘.

In 1877, the Municipal University of Amsterdam was founded and van der Waals was appointed first professor of physics there. In this period, the scientist formulated the ‘Law of Corresponding States‘, which highly influenced James Dewar‘s experiments leading to the liquefaction of hydrogen.[9]  In later years, he was succeeded by his son, who became a theoretical physicist as well. For this achievement van der Waals was awarded the Nobel Prize for Physics in 1910 “for his work on the equation of state of gases and liquids“.

During his life of simultaneous learning and teaching, Johannes van der Waals made numerous scientific contributions in his fields of study. Especially the field of thermodynamics kept the scientist busy. Important influences in his studies were James Clerk Maxwell,[4] Ludwig Boltzmann,[6]  Rudolf Clausius [7] and many more. Because of Claudius’ earlier works, van der Waals was able to explain the existence of critical temperatures that were observed by Thomas Andrews. Also, van der Waals’ dissertation was reviewed by Maxwell in the scientific journal Nature. In 1875 he became a member of the Royal Netherlands Academy of Sciences. In 1900 he was admitted to the Prussian Academy of Sciences and in 1910 to the Académie des sciences. In 1913 he was elected to the American National Academy of Sciences. The wife of Johannes van der Waals died of tuberculosis at 34 years old in 1881. After becoming a widower Van der Waals never remarried and was so shaken by the death of his wife that he did not publish anything for about a decade. He died in Amsterdam on March 8, 1923, at age 85, one year after his daughter Jacqueline had died.