You are here: Home › biology › Charles Darwin’s ‘On the Origin of Species’ 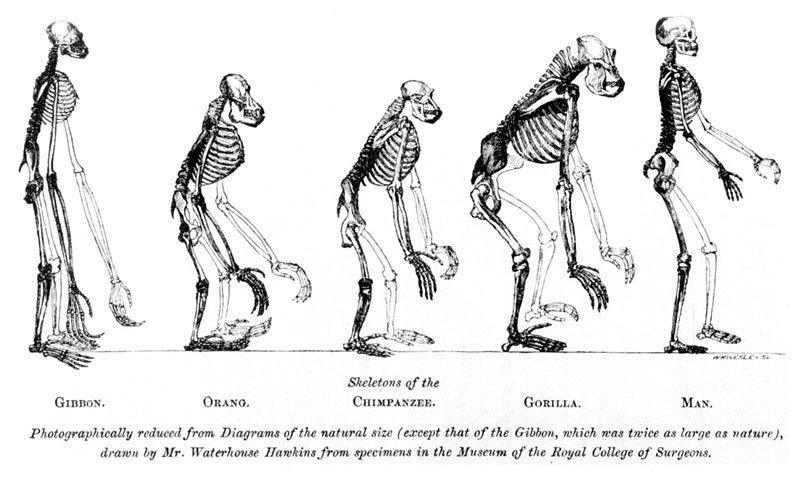 On November 24, 1859, famous biologist and founder of the science of evolution Charles Darwin published his seminal treaty ‘On the Origin of Species‘, which is considered to be the foundation of evolutionary biology.

“And thus, the forms of life throughout the universe become divided into groups subordinate to groups.”
– Charles Darwin, On the Origin of Species (1859)

In later editions of seminal book, Darwin traced evolutionary ideas back to Aristotle quoting a text by Aristotle summarizing the ideas of Empedocles. The Christian Church Fathers and medieval scholars tended to interpret the biblical story of creation allegorically, not literally, describing the mythological and heraldic significance of organisms and comparing their shape. Nature was regarded as unstable and moody, marked by the existence of monstrous mixed beings and the spontaneous production of organisms. The Protestant Reformation promoted a literal interpretation of the Bible, also in relation to the creation of the world. Among the natural scientists there was a tendency towards explanations in the sense of the mechanistic philosophy of René Descartes and the empiricism of Francis Bacon.

After the riots during the English Civil War, members of the Royal Society sought to demonstrate that science did not pose a threat to the Church and political stability. The English naturalist John Ray subsequently developed an influential variant of natural theology with a taxonomy that stipulated that biological species were immutable, created by God with their adaptation, and that variants were caused by environmental conditions. In God’s creation, carnivorous predators would cause their prey a merciful and rapid death. However, the suffering caused by pathogens in this concept would contribute to the problem of theodicy.

Towards a Theory of Natural Selection

Charles Darwin began his studies on natural history in the 1820’s, where he first heard of the transmutation of species by Robert Grant. Further influences of that period were Alexander von Humboldt, John Herschel, John Stevens Henslow, and most important Charles Lyell, the geologist who just published his famous ‘Principles of Geology‘.[8]  Inspired by Lyell’s ideas on uniformitarianism, Darwin applied these theories to his experiments at the Beagle expedition, trying to find the modern species’ center of creation.[9] Soon he came to the idea that a species changes into another and drew an evolutionary tree, which was contrary to Lamarck’s principles. He developed his theory of natural selection and began a fruitful correspondence with Charles Lyell. It was then also Charles Lyell who helped Darwin to publish his work and the book ‘On the Origin of Species‘ faced an instant success. 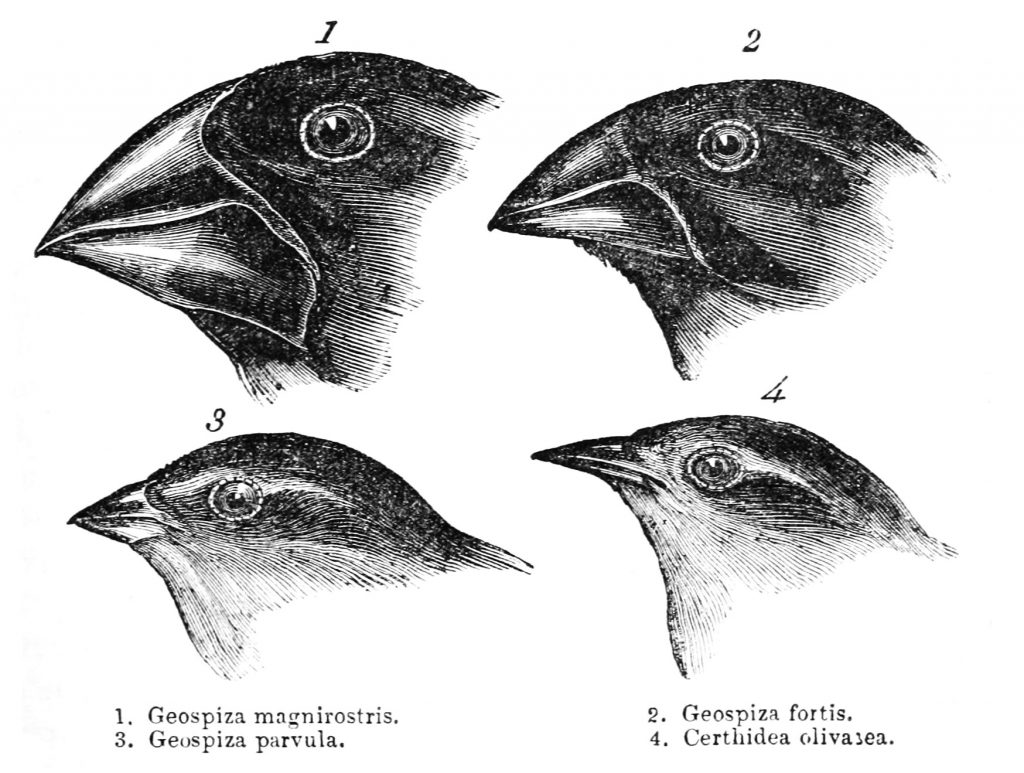 Darwin’s finches or Galapagos finches. Darwin, 1845. Journal of researches into the natural history and geology of the countries visited during the voyage of H.M.S. Beagle round the world, under the Command of Capt. Fitz Roy, R.N. 2d edition. 1.

On the Origin of Species

“Owing to this struggle for life, any variation, however slight and from whatever cause proceeding, if it be in any degree profitable to an individual of any species, in its infinitely complex relations to other organic beings and to external nature, will tend to the preservation of that individual, and will generally be inherited by its offspring. “
– Charles Darwin, On the Origin of Species (1859)

In summary, Darwin’s theory depicted that every species evolved from another previous species through natural selection and was not independently created by God.[10] In Darwin’s work a detailed definition of natural selection is given, followed by an explanation on how this process ‘produces’ species. In later editions Darwin is also responding to opposing theories. His main ideas were summarized by the evolutionary biologist Ernst Mayr as following: 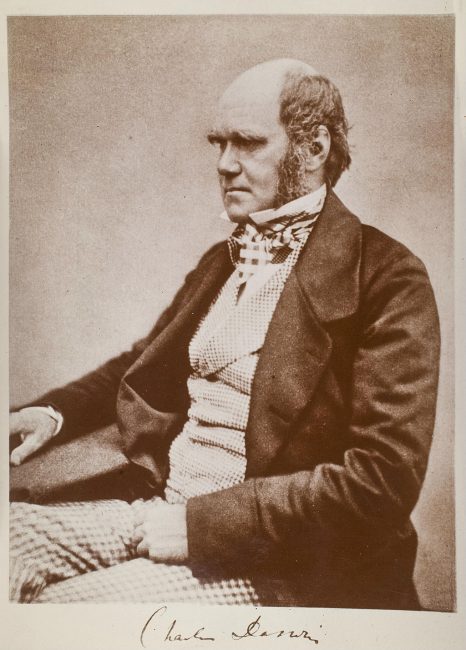 “This preservation of favourable variations and the rejection of injurious variations, I call Natural Selection.”
– Charles Darwin, On the Origin of Species (1859)

His ‘On the Origin of Species‘ saw Darwin “as a long chain of evidence.” He was always anxious to weigh pros and cons on individual findings. Darwin begins here with five objections: First, the perfection of the complex organs and instincts suggests the emergence of a higher intelligence – the belief that these organs became more and more perfect through the accumulation of numerous minor changes seems difficult to imagine to the viewer. Second, there is a striking difference between species and varieties – these are usually fruitful among themselves, those almost never. This observation suggests the idea of strictly delimited, unchangeable species. Thirdly, it seems difficult to imagine that each individual species has spread widely from a single point of origin, sometimes even worldwide. Fourthly, we should find an infinite number of intermediate forms among the fossils. And fifthly, according to the calculations of the physicist William Thomson (probably not more than 200 million years), the time since the earth became solid is too short for the whole evolution.

Darwin gave answers to these objections and then presented the “facts and evidence” which “speak for the theory“. In total, he brings 17 pro-arguments, with the following argumentation: He presents empirical findings that become understandable with the help of his theory, while they remain incomprehensible with the alternative theory – the creation of constant species. If one takes his theory as a basis, “these facts no longer seem strange, but quite natural“.

After the publication of Darwin’s masterpiece, he had to face a wide range of reactions. The book caused Darwin international attention and the term ‘darwinism‘ was created for all ideas concerning evolutionism. His theories were able to dominate over Lamarck’s in the scientific community.