You are here: Home › astronomy › The Astronomical Machines of Johannes Stöffler 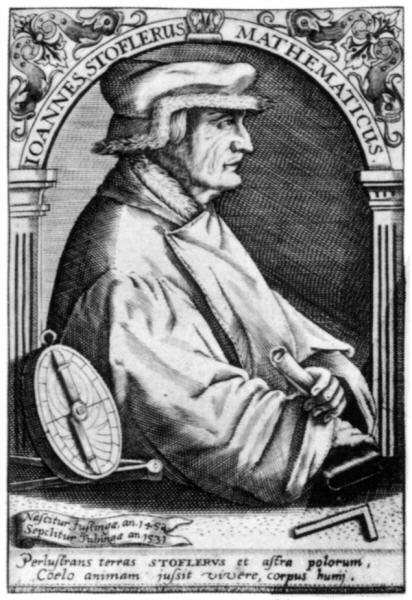 On February 16, 1531, German mathematician, astronomer, astrologer, priest, and maker of astronomical instruments Johannes Stöffler passed away. Stöffler was the first professor of astronomy at the University of Tübingen. At the end of the 1490s, Stöffler calculated a continuation of Regiomontan’s ephemeris [1] and constructed an equator for Johannes Reuchlin – an analog calculating machine for the direct location of a planet‘s position at a given point in time.

Johannes Stöffler attended the University of Ingolstadt and received his master’s degree in 1476. He then became a priest of Gundershofen in the rule of Justingen. He took over the Justingen parish around 1481 and Stöffler was elected Dean of Upper Austria. It is believed that Johannes Stöffler was occupied as priest at Justingen for around 30 years. However, he was also highly engaged in the fields of astronomy and astrology. He became famous for his astronomical instruments, which he produced in his workshop.

Stöffler manufactured astronomical instruments, globes and clocks next to his ecclesiastical duties. He received an order from the Auxiliary Bishop of Constance for a celestial globe, his first important work, which he produced in 1493. After the globe of Nicolaus von Kues [2] from the mid 14th century and the celestial globe built by Hans Dorn for Martin Bylica von Olkusz in 1480, it is believed to be the third oldest preserved instrument of its kind. The other globes produced by Stöffler have not been preserved, but are described in some publications.

During the 1490s, Stöffler calculated a continuation of Regiomontan‘s ephemeris [1] and constructed an equator for Johannes Reuchlin – an analogue calculating machine for the direct location of a planet’s position at a given point in time. In conjunction with a panel for the central anomaly, it represents the Ptolemaic epicycle of the Moon and planets on the ecliptic. In 1514 he published a detailed table work, the Tabulae astronomicae. His publication Elucidatio fabricae ususque astrolabii of 1513, published in several editions, was long regarded by astronomers and surveyors as the standard for astronomers and surveyors. 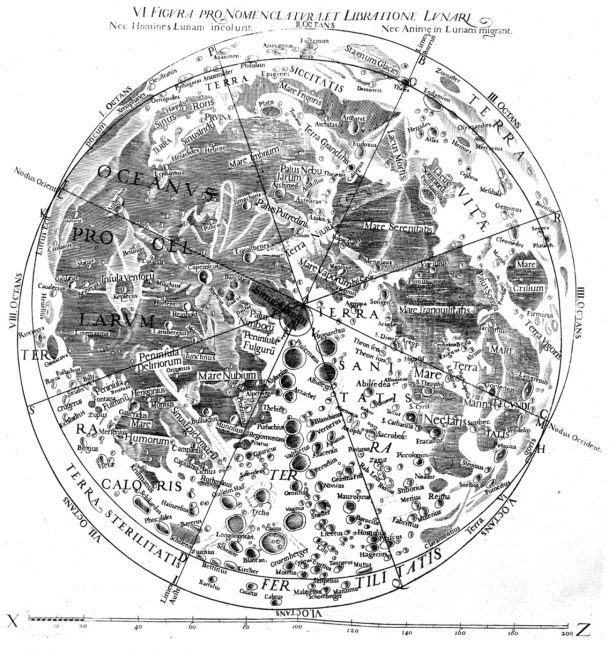 Meanwhile, Duke Ulrich von Württemberg became aware of the scholarly priest. He was appointed a member of the board in 1505 and urged to take up a professorship at the University of Tübingen. From 1511 onwards, Stöffler was professor there at the newly created Chair of Mathematics and Astronomy in 1507.

In 1530, a plague epidemic forced the relocation of university operations to other cities. Johannes Stöffler moved to Blaubeuren and died one year later from the plague. His successor in Tübingen was Philipp Imsser, who also took over part of his reference library. Some of these books are now in the Badische Landesbibliothek Karlsruhe.

Throughout Europe, Stöffler became known, partly also under the name of Master Hans Justinger, which was derived from his place of activity, through the almanac he wrote together with the priest Jakob Pflaum from Ulm and published in 1499, an ephemeris work of high accuracy. It also contained astrological predictions, including the approaching end of the papacy. Particularly effective was his prediction for 1524, when he wrote the following about a rare meeting of all five planets and the sun and moon in the sign of the fish:

“In the month of February there are 20 conjunctions, 16 of which happen in an aqueous sign of the zodiac, which undoubtedly means change, change and movement to the whole world in terms of weather, kingdoms, provinces, constitution, dignity, dignity, cattle, marine animals and all the inhabitants of the land, as they have certainly been barely noticed by historians or the masses for centuries. Therefore lift up your heads, you Christians!”

Lift Up your Heads, You Christians

Stöffler did not speak specifically of flooding, but rather of mutatio, variatio and alteratio in general. But he announced earth-shattering events: A large number of areas and groups should be affected, something that has not been there for centuries, and at the end he alludes to Jesus’ words in his discourse on the Last Days. In combination with the reference to an “aqueous sign“, it was obvious to think of dramatic flooding.  The discussion triggered by Stöffler’s reference is considered to be the most intensive in the history of astrology in view of the large number of published writings.

In 1510, he constructed an astronomical clock for the city hall of Tübingen to show possible lunar and solar eclipses. It has been fully renovated since 1993. In 1518, he proposed a calendar reform, which provided the basis for the Gregorian calendar reform. [8]