You are here: Home › medical science › Johann Friedrich Blumenbach and the Human Races 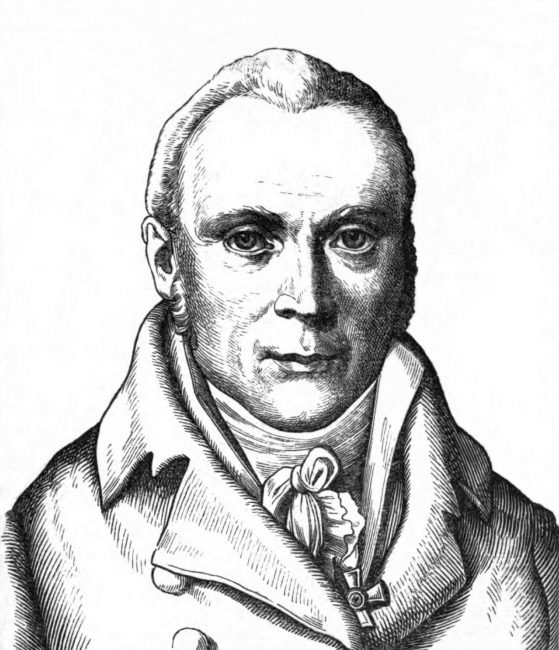 On May 11, 1752, German physician, naturalist, physiologist, and anthropologist Johann Friedrich Blumenbach was born. He was one of the first to explore the study of mankind as an aspect of natural history. Frequently called the father of physical anthropology, Blumenbach proposed one of the earliest classifications of the races of mankind. He divided humanity into five races: Caucasian, Ethiopian, American, Mongolian, and Malay.

Johann Friedrich Blumenbach was born in Gotha, Germany, son of Gotha grammar school professor Heinrich Blumenbach (1709-1787) and Charlotte Eleonore Hedwig Buddeus (1727-1794), a daughter of the Gotha vice chancellor Karl Franz Buddeus. Blumenbach studied medicine in Jena and Göttingen. He graduated from Göttingen in 1775 with his M.D. thesis De generis humani varietate nativa (On the Natural Variety of Mankind). His thesis was first published in 1775 and is considered one of the most influential works in the development of subsequent concepts of “human races.” After his thesis was published, Blumenbach was appointed extraordinary professor of medicine and inspector of the museum of natural history in Göttingen and ordinary professor two years later in 1778.

On the Natural Variety of Mankind

In his work, Blumenbach included a description of human skulls, originally published as Decas craniorum and turned out being a founding work in the field of craniometry. Blumenbach divided the human species into five races in 1779, later founded on crania research. This included the Caucasian or white race the Mongolian race, all East Asians and some Central Asians the Malayan race, Southeast Asian and Pacific Islanders, the Ethiopian or including sub-Saharan Africans and the American, including American Indians.

In his studies, Johann Friedrich Blumenbach argued that physical characteristics like skin color were dependent on geography, diet, and mannerism. It is believed that Blumenbach further claimed that Adam and Eve were Caucasian inhabitants of Asia and that other races came about by degeneration from environmental factors such as the sun and poor diet. Further, he claimed, Negroid pigmentation arose because of the result of the heat of the tropical sun, while the cold wind caused the tawny colour of the Eskimos, while the Chinese were fair-skinned compared to the other Asian stocks because they kept mostly in towns protected from environmental factors.

Blumenbach also came to the conclusion that Africans were not inferior to the rest of mankind ‘concerning healthy faculties of understanding, excellent natural talents and mental capacities’. Blumenbach did not consider his ‘degenerative hypothesis’ as racist and criticized others who did so including Christoph Meiners and Samuel Thomas von Sömmerring who concluded from autopsies that Africans were an inferior race. Blumenbach’s ideas and hypothesis were adopted by other researchers and encouraged scientific racism. His work was also used by biologists and comparative anatomists in the nineteenth century who were interested in the origin of races, including Wells, Lawrence, Prichard, Huxley and William Flower.

The Biological Concept of Formative Power

Blumenbach made many contributions to the scientific debates of the last half of the 18th century regarding evolution and creation. His central contribution was in the conception of a vis formativus or Bildungstrieb, an inborn force within an organism that led it to create, maintain, and repair its shape. Kant is said by several modern author to have relied on Blumenbach’s biological concept of formative power in developing his idea of organic purpose.[3] Kant wrote to Blumenbach in 1790 to praise his concept of the formative force (Bildungstrieb). However, whereas Kant had a heuristic concept in mind, to explain mechanical causes, Blumenbach conceived of a cause fully resident in nature. From this he would argue that the Bildungstrieb was central to the creation of new species. Blumenbach was regarded as a leading light of German science by his contemporaries. Kant and Friedrich Schelling both called him “one of the most profound biological theorists of the modern era.[6]