You are here: Home › explorer › Jean-François de La Pérouse and his Voyage around the World

On August 1, 1785, French Navy officer Jean-François de Galaup, comte de Lapérouse with 2 ships, the Astrolabe and the Boussole, and 200 men left Brest to lead an expedition around the world. The objectives of the journey were to complete the Pacific discoveries of James Cook (whom La Pérouse greatly admired), correct and complete maps of the area, establish trade contacts, open new maritime routes and enrich French science and scientific collections.

A Career in the French Navy

La Pérouse came from a patrician family of the old southwest French town of Albi in Languedoc. At the age of 15, La Pérouse went to Brest and began a career in the French Navy. The officers were divided into noble ‘Red’ and bourgeois ‘Blue’. To make a better career, La Pérouse added to his family name de Galaup a noble predicate referring to a small family farm outside Albi called La Peyrouse. The recent outbreak of the Seven Years’ War led La Pérouse to Québec, among other places. The return of Louis Antoine de Bougainville to France in 1769 inspired La Pérouse to do similar things.[6]

From 1772 to 1776, La Pérouse sailed in the Indian Ocean between the French-controlled colonies of Mauritius, Réunion, Pondicherry in southern India and Madagascar on behalf of the French governor, where he completed his geographical knowledge. La Perouse took part for the French in the American War of Independence on the American side. He commanded a squadron and in August 1782 took the Fort Prince of Wales without a fight and captured the English explorer Samuel Hearne there. In 1783, the Treaty of Paris ended the American Revolutionary War and only two years later,  La Pérouse was given the task to travel around the world with two ships, both weighing 500 tons. The goal was to explore the south and north Pacificas well as the Far East and Australia, while sending home frequent reports.

A Mission to Study the Geography of the Pacific

La Pérouse was ennobled and promoted on his return for special merits. When, after the discoveries of the British James Cook, France wanted to undertake a similarly prestigious voyage, King Louis XVI chose La Pérouse in 1785.[5] Two ships – the Astrolabe and the Boussole – were equipped and a top-class group of scientists from the fields of astronomy, mathematics, geology, mineralogy and botany were assembled for the voyage. Their mission was to study the geography of the Pacific and the trade opportunities there, from the far north to Australia, from Asia to America. La Pérouse, the leader of the expedition was a popular member of the crew of 144 men including about 10% of scientists. They decided to take astronomer, mathematicians, geologists, botanists, physicists and many other on board. One famous application to join the expedition had to be rejected, it was Napoleon Bonaparte, who back then was rather interested in navy duties because of his knowledge in mathematics and his warfare skills.

They disappeared without a Trace

The adventure began on August 1, 1785, when the two ships traveled towards Cape Horn, observing Chile and arriving Easter Island in April of the following year. The route then took them to the Hawaiian Islands, where La Pérouse was the first to set foot on Maui. Their next goal was the present day California, creating important maps while being the very first non-Spanish visitor since 1579. The crew had to cross the Pacific in 100 days in order to arrive at Asia. Japan and Russia were important stops. They created more maps and performed scientific experiments while enjoying the Russian hospitality. The south Pacific Navigator Islands were reached in late 1787, when natives attacked the travelers, wounding and killing several dozens. In Australia, where they arrived in 1788, La Pérouse sent home numerous journal entries and manuscripts he collected during their time on sea. He noted that his crew would return to France in June, 1789, which they never could since no crew member was ever seen again. 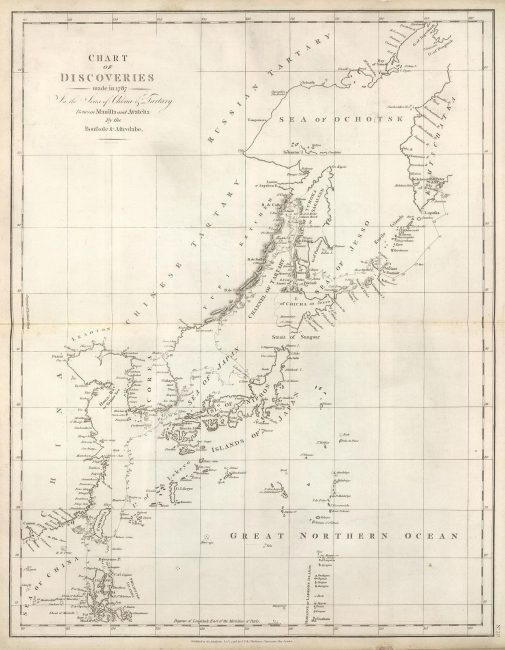 Both ships and their crew disappeared without a trace. It is suspected that the ships were caught in a tropical cyclone. The expedition was passionately pursued in France, and despite the French Revolution beginning in 1789, two ships were equipped in 1791 to search for La Pérouse. But the rescue operation was not a happy one. The captains d’Entrecasteaux and Houn Kermadec died on the voyage in 1793 and the crew returned without result. Only a second expedition on the tracks of the lost La Pérouse found 35 years later. In 1828, Jules Dumont d’Urville,[7] whose ship was renamed La Pérouse’s Astrolabe before sailing, found parts of the wrecks of La Pérouse’s ships off the small island of Vanikoro, now part of the Solomon Islands. The local population was still in possession of many objects from the two ships that had been shipwrecked there.

La Pérouse’s expedition became famous, which was mainly caused by the many questions left behind that are still unanswered to this day. Jules Verne was inspired by the adventure, making it a subject in Twenty Thousand Leagues Under the Sea.[8]

Geoff Peters, La Pérouse – The Man, the Mission, the Hero of France [10]