You are here: Home › astronomy › Jean Bailly and the Orbit of Halley’s Comet 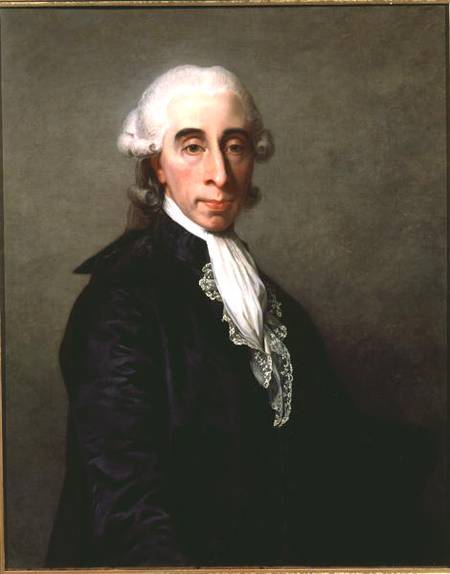 On September 15, 1736, French astronomer, mathematician, freemason, and political leader of the early part of the French Revolution Jean Sylvain Bailly was born. Bailly computed an orbit for Halley’s Comet (1759) and studied the four satellites of Jupiter then known. He was the first Mayor of Paris and presided over the Tennis Court Oath.

“The motion of the stars calculated by the Hindus some 4500 years before vary not even a single minute from the modern tables of Cassini and Meyer.”
– Jean-Sylvain Bailly.

Jean Sylvain Bailly came from a family of artists. His father was an artist and supervisor of the Louvre and his grandfather was Nicholas Bailly, an artist and court painter. While it is believed that during his early life, Bailly intended to follow his family’s footsteps, however he became highly enthusiastic for science and especially astronomy. It is further assumed that he was influenced by astronomer Nicolas de Lacaille.

In 1759, he calculated an orbit for the next appearance of Halley’s Comet. Halley’s Comet was the first comet to be recognized as periodic.[3] Edmond Halley used Newton’s new laws in his 1705 Synopsis of the Astronomy of Comets, used  to calculate the gravitational effects of Jupiter and Saturn on cometary orbits. This calculation enabled him to determine that the orbital elements of a second comet that had appeared in 1682 were nearly the same as those of two comets that had appeared in 1531, observed by Petrus Apianus, and 1607, observed by Johannes Kepler.[4] Halley correctly concluded that all three comets were the same object returning about every 76 years, a period that has since been found to vary between 74–79 years. The comet was first named in Halley’s honour by French astronomer Nicolas Louis de Lacaille in 1759.

Next to his work on Halley’s Comet, Jean Bailly further reduced Lacaille’s observations of 515 stars. Bailly participated in the construction of an observatory at the Louvre. Due to these accomplishments, Bailly was elected to the French Academy of Sciences in 1763. He published numerous works that established him a great reputation as an astronomer throughout Europe. In 1766 he published his Essay on The Theory of the Satellites. In 1771 he released his dissertation On the Inequalities of Light of the Satellites of Jupiter and a few years later he was elected a foreign member of the Royal Swedish Academy of Sciences.

Bailly also gained a high literary reputation thanks to his Eulogies for King Charles V of France, Lacaille, Molière, Pierre Corneille and Gottfried Leibniz, which were issued in collected form in 1770 and 1790. From then on, Bailly devoted himself to the history of science. He published A History of Ancient Astronomy in 1775, followed by A History of Modern Astronomy in 1782.  Other works include Discourse on the Origin of the Sciences and the Peoples of Asia (1777), Discourse on Plato’s ‘Atlantide’ (1779), and A Treatise on Indian and Oriental Astronomy (1787).

During the revolution, he helped Alexandre Lenoir to safeguard French heritage. In a short period of time, Bailly made his way up the judicial ranks. From being the deputy of Paris, he was elected Estates-General on 20 May 1789. Soon after he was elected inaugural president of the National Assembly  and led the famous proceedings in the Tennis Court on 20 June, being the first to take the Tennis Court Oath. Shortly after the storming of the Bastille on 14 July 1789, he became the first mayor of Paris under the newly adopted system of the Commune.

During the early years of the French Revolution, Paris was going through a major food shortage. Bailly’s actions to circumvent the situation were of great importance in keeping the revolution alive. Bailly had deputies gather grain that was being hoarded, made the sale of wheat mandatory by farmers, and helped the bakers by making them first in line in the village markets. After a failed attempt by the royal family to flee the country, Bailly tried to contain the growing republican crowds asking for the King to step down. Bailly heard of a gathering at the Champ de Mars, where citizens were meeting to sign petitions calling for the overthrow of the King. Imposing martial law, he ordered the National Guard to disperse the large riotous assembly that had gathered. A violent response ensued and many lives were lost, for which Bailly, along with Lafayette, were considered responsible. What was to become known as the Champ de Mars Massacre was taken by the revolutionaries as an exemplar for oppression by the government.

The guillotine should be given to you rather than to me

In the trial against the deposed Queen Marie Antoinette, he appeared as a witness for her innocence. Thereupon he left Paris and lived in hiding in order not to be accused himself. On the way to his friend Pierre-Simon de Laplace,[5] he was caught in Melun by agents of Robespierres and sentenced to death on the guillotine in Paris “as a royal friend and violent oppressor of popular freedom” on November 11, 1793, and executed the following day. According to an eyewitness account, followers of the Jacobins are said to have accompanied the cart with which Bailly was brought to the scaffold, dancing and singing freedom songs. His last words were addressed to them: “The guillotine should be given to you rather than to me.”