You are here: Home › chemistry › James Smithson’s Last Will and its Remarkable Consequences 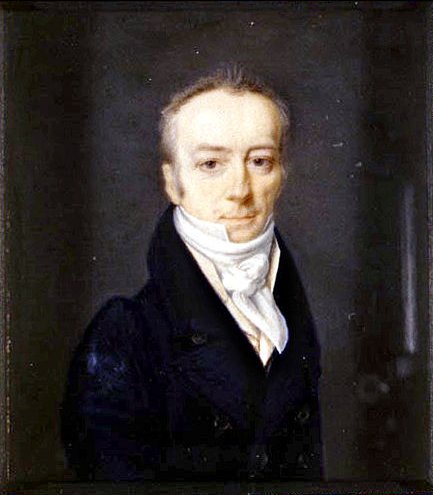 On June 27, 1829, English chemist and mineralogist James Smithson passed away, whose bequest of substantial funds in his will established the Smithsonian Institution, Washington, D.C., “for the increase and diffusion of knowledge”, despite having never visited the United States.

“I then bequeath the whole of my property … to the United States of America, to found at Washington, under the name of the Smithsonian Institution, an establishment for the increase and diffusion of knowledge among men.”
— James Smithson, from the will of James Smithson written on 23 Oct 1826.

James Smithson was the illegitimate son of Sir Hugh Smithson, later known as Sir Hugh Percy, Baronet, First Duke of Northumberland, K.G., and Elizabeth Hungerford Keate. Elizabeth Keate was the wealthy widow of the late James Macie and a cousin of the Duchess of Northumberland. His exact date of birth is unknown because he was secretly born in Paris, where his mother had gone to hide her pregnancy. That’s why Smithson was first named James Lewis Macie. His mother later married Mark Dickinson, with whom she had another son.

James Smithson was educated at Pembroke College, Oxford, UK. During the semester break he collected minerals and ores.  At Oxford, he was given the impetus for scientific research and earned his Master’s degree from Pembroke College in 1786. On 26 April 1787, less than a year after graduating from university, he was appointed a Fellow of the Royal Society of London. Smithson traveled throughout Europe and participated in geological expeditions with Barthélemy Faujas de Saint-Fond, William Thornton and Paolo Andreani to Scotland and the Hebrides. During the French Revolution, Smithson was in France and became a prisoner of war while in Tönning during the subsequent Napoleonic Wars.

The Wonders of Nature

Smithson was interested in almost everything and studied on a large scale the phenomena of nature, such as snake poisons, the chemistry of volcanoes, the composition of tears and the fundamental nature of electricity. During his lifetime he published 27 articles, ranging from an improved method of brewing coffee to the analysis of the mineral calamine  used in the manufacture of sheet metal. His work on zinc ores led to the zinc mineral Smithsonite being named after him. He worked with scientists Joseph Priestley,[7] Sir Joseph Banks, Antoine Lavoisier, and Richard Kirwan. In 1802, Smithson published the paper “A Chemical Analysis of Some Calamines”, challenging the idea that the mineral calamine is an oxide of zinc, thus making calamine a ‘true mineral’. 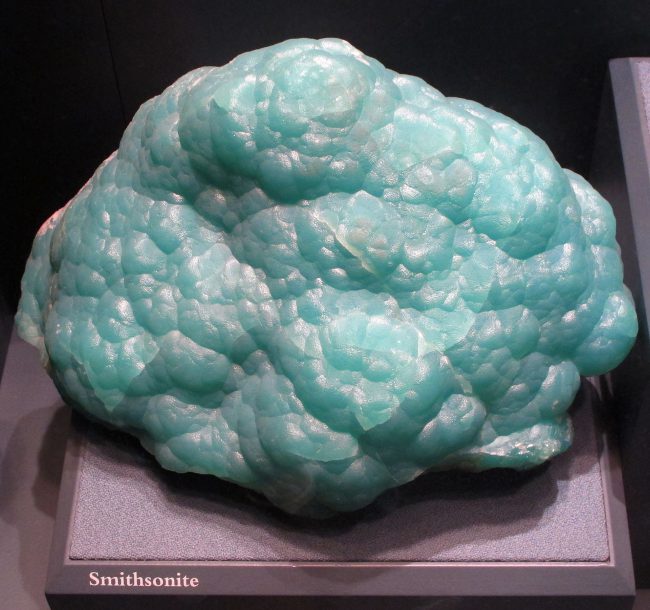 Smithsonite, which was named after Smithson, Sanjay Acharya, CC BY-SA 3.0, via Wikimedia Commons

On 27 June 1829, James Smithson died and in his will, he left his fortune to his nephew, Henry James Dickenson. In the will, written two years before Smithson’s death, the scientist stated that if his relative did not live, it would be donated to the United States to have an educational institution called the Smithsonian Institution founded, even though Smithson had never visited the United States before. Henry Hungerford died on 5 June 1835, unmarried and leaving behind no children, and the United States was the recipient.  A lawsuit (in Great Britain) in which the will was contested was decided by a court in 1838 in favor of the USA.

The Founding of the Smithsonian Institution