You are here: Home › chemistry › Roy J. Plunkett and the Discovery of Teflon 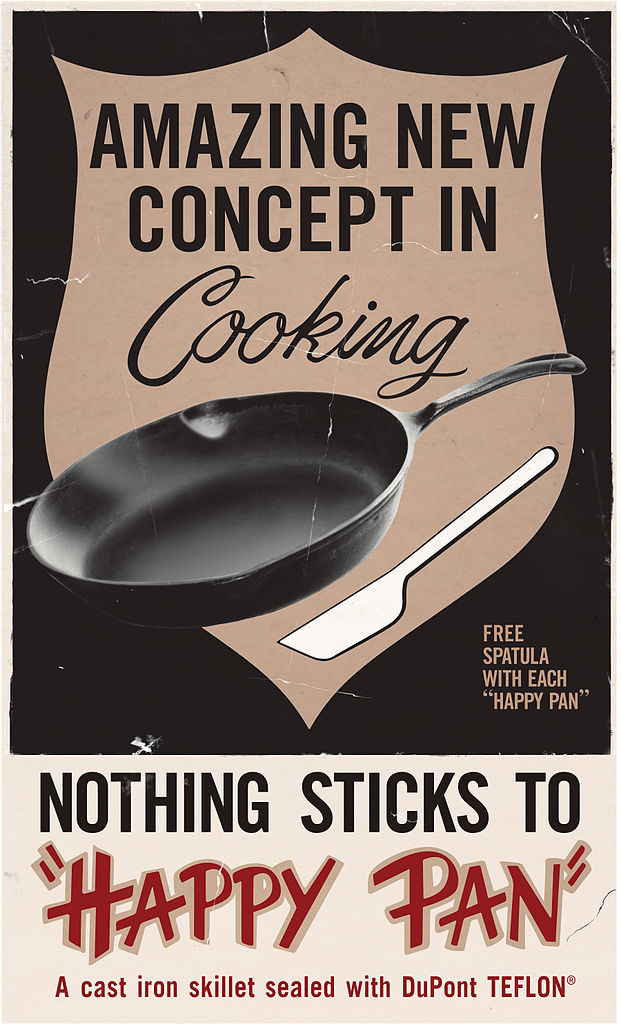 On June 26, 1910, American chemist Roy J. Plunkett was born. He is best knwon for his 1938 accidentally discovery of polytetrafluoroethylene (PTFE), better known under the DuPont Co. trademark Teflon. PTFE is used as a non-stick coating for pans and other cookware as well as PTFE has one of the lowest coefficients of friction against any solid.

Roy Plunkett was born in New Carlisle, as a poor Ohio farm boy during the Depression, Plunkett graduated from Newton High School in Pleasant Hill, Ohio, to study chemistry at Manchester University, where he graduated as BA in 1932. He continued a doctorate at Ohio State University and earned his Ph.D. in organic chemistry in 1936. In the same year he was hired as a research chemist DuPont at their Jackson Laboratory in Deepwater, New Jersey.

The Discovery of Teflon

Roy Plunkett‘s initial assignment of his career was to find a non-toxic, non-flammable coolant that could be used in refrigerators. These new chlorofluorocarbon refrigerants were then seen as great advances over earlier refrigerants like sulfur dioxide and ammonia, which regularly poisoned food-industry workers and people in their homes. In April 1938, Plunckett found something unusual while experimenting. Originally, he had produced 100 pounds of tetrafluoroethylene gas (TFE) and stored it in small cylinders at dry-ice temperatures preparatory to chlorinating it. When he and his assistant prepared a cylinder for use, none of the gas came out — yet the cylinder weighed the same as before. They opened it and found a white powder. Overnight, the sample of tetrafluoroethylene in the cylinder had polymerized into a whitish, waxy solid. Analysis showed that it was polymerized perfluoroethylene, with the iron from the inside of the cylinder having acted as a catalyst at high pressure. Rather than discard the apparent mistake, Plunkett and his assistant tested the new polymer and found that it had some very unusual and amazing properties: it was extremely slippery as well as inert to virtually all chemicals, including highly corrosive acids.

Plunkett realized that, against the predictions of polymer science of the day, TFE had polymerized to produce this substance — later commercialized under the trademark Teflon — with such potentially useful characteristics. Chemists and engineers in the Central Research Department with special experience in polymer research and development investigated the substance further. At first it seemed that Teflon was so expensive to produce that it would never find a market.  In 1945, Teflon was used in the Manhattan Project as a material to coat valves and seals in the pipes holding highly reactive uranium hexafluoride at the vast K-25 uranium enrichment plant in Oak Ridge, Tennessee. After World War II, DuPont found a wide range of uses for Teflon, such as electrical cable insulation, soil and stain repellant for fabrics.

In 1954, the wife of French engineer Marc Grégoire urged him to try the material he had been using on fishing tackle on her cooking pans. He subsequently created the first Teflon-coated, non-stick pans under the brandname Tefal (combining “Tef” from “Teflon” and “al” from aluminum). In the United States, Marion A. Trozzolo, who had been using the substance on scientific utensils, marketed the first US-made Teflon-coated pan, The Happy Pan, in 1961.

The major application of PTFE today, consuming about 50% of production, is for wiring in aerospace and computer applications (e.g. hookup wire, coaxial cables). This application exploits the fact that PTFE has excellent dielectric properties. This is especially true at high radio frequencies, making it suitable for use as an insulator in cables and connector assemblies and as a material for printed circuit boards used at microwave frequencies. Combined with its high melting temperature, this makes it the material of choice as a high-performance substitute for the weaker and lower-melting-point polyethylene commonly used in low-cost applications. Teflon film is also widely used in the production of carbon fiber composites as well as fiberglass composites, notably in the aerospace industry.

Another application of PTFE is Gore-Tex, a waterproof, breathable fabric membrane. Gore-Tex materials are typically based on thermo-mechanically expanded PTFE and other fluoropolymer products. They are used in a wide variety of applications such as high performance fabrics, medical implants, filter media, insulation for wires and cables, gaskets, and sealants. However, Gore-Tex fabric is best known for its use in protective, yet breathable, rainwear.

Meanwhile, Plunckett was was transferred to the tetraethyl lead division of DuPont and involved in the production of tetraethyllead, a gasoline additive, at DuPont‘s Chambers Works from 1939 to 1952. After that he directed Freon production at DuPont before retiring in 1975. Roy Plunkett was inducted to the Plastics Hall of Fame in 1973. He died on May 12, 1994 at the age of 83.

Why doesn’t anything stick to Teflon? – Ashwini Bharathula, [8]