You are here: Home › astronomy › James Jeans and the Theory of Continuous Creation 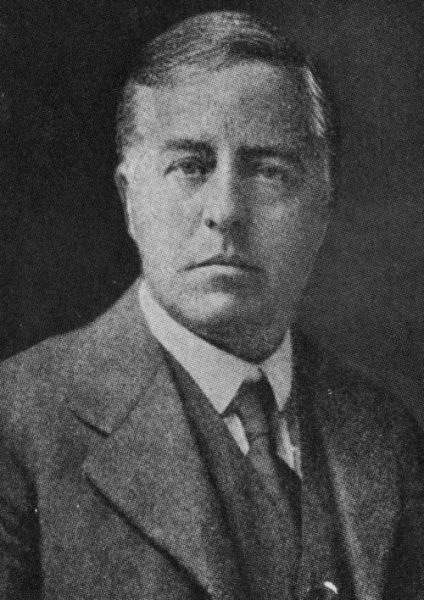 On September 11, 1877, English physicist, astronomer and mathematician James Hopwood Jeans was born. Jeans was the first to propose that matter is continuously created throughout the universe. He made other innovations in astronomical theory but is perhaps best known as a writer of popular books about astronomy.

“The stream of knowledge is heading towards a non-mechanical reality; the Universe begins to look more like a great thought than like a great machine. Mind no longer appears to be an accidental intruder into the realm of matter… we ought rather hail it as the creator and governor of the realm of matter.”
— James Jeans in The Mysterious Universe, 1930

James Jeans was born in Ormskirk, Lancashire, UK, the son of William Tulloch Jeans, a parliamentary correspondent and author. He was educated at Merchant Taylors’ School, Northwood, Wilson’s Grammar School, Camberwell and Trinity College, Cambridge.  At Cambridge, he was elected a fellow and went to Princeton University in 1904 as a professor of applied mathematics. Jeans returned to Cambridge in 1910.

Jeans significantly contributed to the areas of physics, including quantum theory, the theory of radiation and stellar evolution. Jeans’ analysis of rotating bodies led him to conclude that Laplace‘s theory of the solar system being formed from a single cloud of gas was incorrect, proposing instead that the planets condensed from material drawn out of the sun by a hypothetical catastrophic near-collision with a passing star. On this day, this theory is not accepted.[3]

Arthur Eddington [4] and James Jeans are considered cofounders of British cosmology. In 1928, Jeans conjectured a steady state cosmology based on a hypothesized continuous creation of matter in the universe. During the same year, he published his book Astronomy and Cosmology. In it, he wrote “The type of conjecture which presents itself, somewhat insistently, is that the centers of the nebulae are of the nature ‘singular points’ at which matter is poured into our universe from some other, and entirely extraneous spatial dimension, so that, to a denizen of our universe, they appear as points at which matter is being continually created.” In the same year, James Jeans was awarded knighthood. However, in 1965, the theory fell out of favour when the discovery of the cosmic microwave background was widely interpreted as the tell-tale signature of the Big Bang.[5]

One of Jeans’ major discoveries, named Jeans length, is a critical radius of an interstellar cloud in space. It depends on the temperature, and density of the cloud, and the mass of the particles composing the cloud. A cloud that is smaller than its Jeans length will not have sufficient gravity to overcome the repulsive gas pressure forces and condense to form a star, whereas a cloud that is larger than its Jeans length will collapse.

“The human race, whose intelligence dates back only a single tick of the astronomical clock, could hardly hope to understand so soon what it all means.”
— James Hopwood Jeans, The Stars in their Courses (1931)

Several books Jeans published established his reputation as a scientist, including The Dynamical Theory of Gases, Theoretical Mechanics, Mathematical Theory of Electricity and Magnetism, The Stars in Their Courses as well as The Universe Around Us, and Through Space and Time. These books made Jeans fairly well known as an expositor of the revolutionary scientific discoveries of his day, especially in relativity and physical cosmology.