You are here: Home › geology › James David Forbes – Seismology and the Conduction of Heat 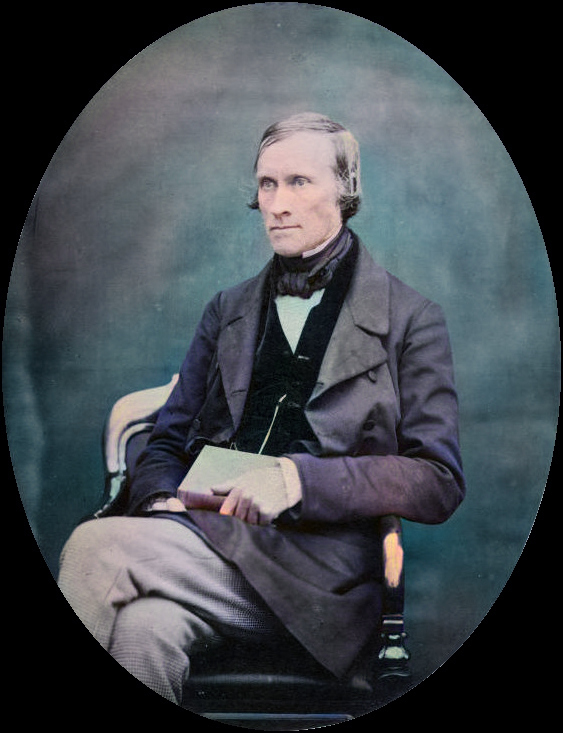 On April 20, 1809, Scottish physicist and glaciologist James David Forbes was born. Forbes worked extensively on the conduction of heat and seismology. He conducted experiments on the temperature of the Earth at different depths and in different soils near Edinburgh. Later he investigated the laws of heat conduction in bars and invented the seismometer.

“I thank God humbly and sincerely. God, who has visited us with many trials, and led us like the Israelites of old from place to place without any certain abode, bless, we beseech Thee, our return home, and mercifully grant that the afflictions and anxieties of that long probation may bear fruit in a more self-denying and godly life ; and that we may have our hearts fixed on a yet more abiding resting-place, eternal in the heavens, for Jesus Christ’s sake.'”
– Excerpt of Forbes’ journal. September 1854

James David Forbes was born in Edinburgh, Scotland, the fourth son of Sir William Forbes, 7th Baronet, of Monymusk and Pitsligo and Williamina Belches of Invermay. Fond of natural science, he was interested physics, constructed for himself astronomical instruments, and actually commenced a connected series of meteorological observations, which he kept up for many years. But, since his father had destined him for the bar, he kept this activities secret from his family.[2]

He entered the University of Edinburgh in 1825 and joined the classes of Latin and chemistry. Soon afterwards began to contribute papers to the Edinburgh Philosophical Journal anonymously under the signature “Δ”. At the age of nineteen he became a fellow of the Royal Society of Edinburgh, and in 1832 he was elected to the Royal Society of London. In the meantime he had re-entered college, where his subsequent career was a distinguished one. In the class of moral philosophy he gained the highest honours, and in Sir John Leslie‘s natural philosophy class he twice carried off the gold medal.[2]

At this time he maintained correspondence with physicist, mathematician, astronomer, inventor, and writer Sir David Brewster, the “Father of modern experimental optics“, who encouraged him to pursue an academic career. A year later he was appointed professor of natural philosophy in Edinburgh University, in succession to Sir John Leslie, and during his tenure of that office, which he did not give up till 1860, he not only proved himself an active and efficient teacher, but also did much to improve the internal conditions of the university. In 1859 he was appointed successor to Brewster in the principalship of the United College of St. Andrews, a position which he held until his death at Clifton in 1868.

As a scientific investigator he is best known for his researches on heat and on glaciers. Between 1836 and 1844 he published in the Trans. Roy. Soc. Ed. four series of “Researches on Heat,” in the course of which he demonstrated that tourmaline would polarize infrared thermal radiation, by transmission through a bundle of thin mica plates inclined to the transmitted ray, and by reflection from the multiplied surfaces of a pile of mica plates placed at the polarizing angle, and also its circular polarization by two internal reflections in rhombs of rock salt. His work won him the Rumford Medal of the Royal Society in 1838, and in 1843 he received its Royal Medal for a paper on the “Transparency of the Atmosphere and the Laws of Extinction of the Sun’s Rays passing through it.“ 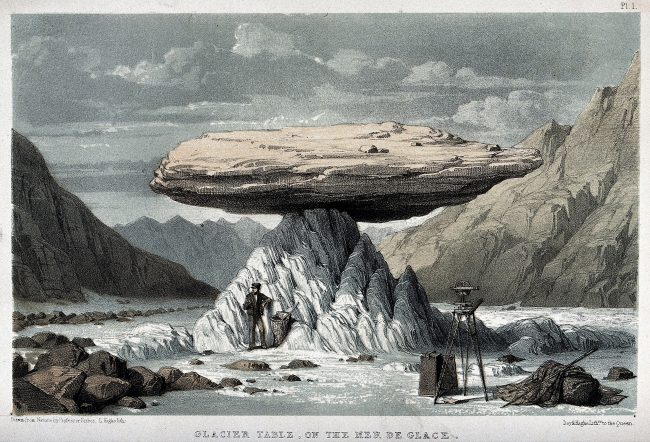 Temperature of the Earth

In 1846 he began experiments on the temperature of the earth at different depths and in different soils near Edinburgh, which yielded determinations of the thermal conductivity of trap-tufa, sandstone and pure loose sand. Towards the end of his life he was occupied with experimental inquiries into the laws of the conduction of heat in iron bars, and his last piece of work was to show that the thermal conductivity of iron diminishes with increase of temperature.

The Flow of Glaciers

His attention was directed to the question of the flow of glaciers in 1840 when he met Swiss paleontologist, glaciologist, and geologist Louis Agassiz at the Glasgow meeting of the British Association, and in subsequent years he made several visits to Switzerland, where he was particularly impressed by Bernhard Studer‘s theories, the first professor of geology at the University of Bern, and also to Norway for the purpose of obtaining accurate data.[5] This was Forbes’s apprenticeship in glacier observation, — a field of inquiry then jointly occupied by two rival theories, the gravitation or sliding theory of De Saussure,[11] and the dilatation theory of Charpentier. After a close analysis of these Forbes not only showed conclusive physical reasons for rejecting both, but pointed out the impossibility of forming a sound theory of glaciers until the internal structure of these anomalous bodies had been investigated, and the character and velocity of their motions ascertained.[2]

Forbes observations led him to the view that a glacier is an imperfect fluid or a viscous body which is urged down slopes of a certain inclination by the mutual pressure of its parts, and involved him in some controversy with Tyndall and others both as to priority and to scientific principle. A notable defender of Forbes in this controversy was leading English art critic of the Victorian era John Ruskin,[4] the two having first met by coincidence in 1844 during a study tour of the Alps.[4]

During these expeditions, he made many measurements of the boiling point of water at various altitudes. This data set, published in 1857, is often known in statistics as Forbes’ data. Forbes was also interested in geology, and published memoirs on the thermal springs of the Pyrenees, on the extinct volcanoes of the Vivarais (Ardêche), on the geology of the Cuchullin and Eildon hills, etc. In addition to about 150 scientific papers, he wrote Travels through the Alps of Savoy and Other Parts of the Pennine Chain, with Observations on the Phenomena of Glaciers (1843); Norway and its Glaciers (1853); Occasional Papers on the Theory of Glaciers (1859); A Tour of Mont Blanc and Monte Rosa (1855).