You are here: Home › psychology › Jacques Lacan – the most controversial figure in French Psychiatry 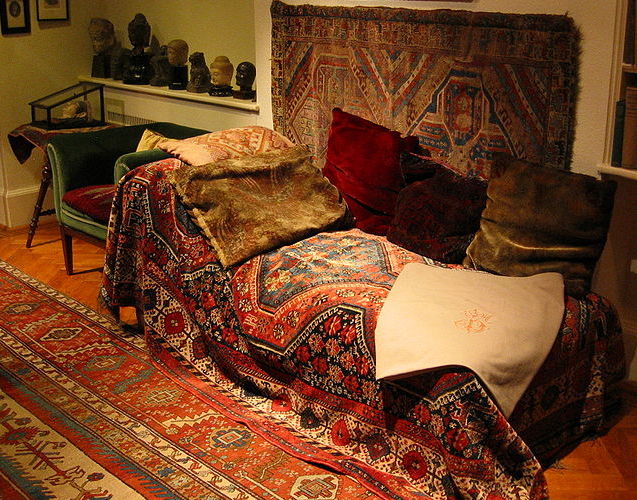 On April 13, 1901, French psychoanalyst and psychiatrist Jacques Lacan was born. Lacan has been called “the most controversial psycho-analyst since Freud“. He influenced many leading French intellectuals in the 1960s and the 1970s, especially those associated with post-structuralism. His ideas had a significant impact on post-structuralism, critical theory, linguistics, 20th-century French philosophy, film theory and clinical psychoanalysis.

“The man who is born into existence deals first with language; this is a given. He is even caught in it before his birth.”
– Jacques Lacan, Interview in 1957

Jacques Lacan grew up in a family with a strong Catholic tradition. He had a sister, Magdeleine-Marie, and a younger brother, Marc-Marie, who later became a Benedictine monk in Hautecombe Abbey. He was rejected for military service and decided to enter medical school. Lacan finished his studied at the faculty of medicine of the University of Paris around 1931 and began to specialize in psychiatry at the Sainte-Anne Hospital in Paris. He worked under the direction of Gaëtan Gatian de Clérambault and became highly interested in the studies of Karl Jaspers and Martin Heidegger.[6] Jacques Lacan became a licensed forensic psychiatrist and earned the Diplôme d’État de docteur en médecine for his thesis On Paranoiac Psychosis in its Relations to the Personality. It is believed that his thesis marked Lacan’s entry into psychoanalysis, pointing out Lacan’s dissatisfaction with traditional psychiatry as well as the growing influence of Sigmund Freud on his works [7,8,9]. 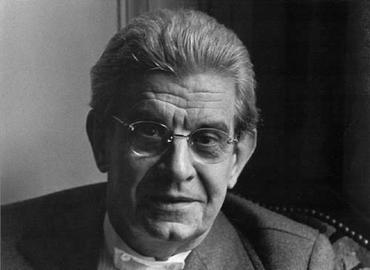 The Linguistic Nature of Psychological Symptomatology

Jacques Lacan was elected to the Société psychanalytique de Paris which was disbanded due to Nazi Germany’s occupation of France in 1940. Lacan was called up to serve in the French army at the Val-de-Grâce military hospital in Paris, where he spent the duration of the war. After World War II, Lacan began holding a seminar in Paris that concentrated on the linguistic nature of psychological symptomatology. Jacques Lacan also started to read Sigmund Freud’s works again, relating them to contemporary philosophy, linguistics, ethnology, biology, and topology.

During the 1950s and 60s, Lacan held seminars presenting his case histories of patients. He defined the ethical foundations of psychoanalysis and presented his “ethics for our time“. It would in the words of Freud, prove to be equal to the tragedy of modern man and to the “discontent of civilization.” Already in 1953, Lacan and many of his colleagues left the Société Parisienne de Psychanalyse to form a new group, the Société Française de Psychanalyse (SFP). One consequence of this was to deprive the new group of membership within the International Psychoanalytical Association (IPA). From 1962, a negotiation took place in order to determine the status of the SFP within the IPA. One year later IPA set the consition that registration of the SFP was dependent upon the removal of Lacan from the list of SFP analysts. With the SFP’s decision to honour this request in November 1963, Lacan had effectively been stripped of the right to conduct training analyses and thus was constrained to form his own institution in order to accommodate the many candidates who desired to continue their analyses with him. In 1964 he formed the École Freudienne de Paris (EFP), taking “many representatives of the third generation with him: among them were Maud and Octave Mannoni, Serge Leclaire … and Jean Clavreul“.

The Four Fundamental Concepts of Psychoanalysis

In the public mind, Jacques Lacan was associated with the far left in France. He voiced his sympathy for the student protests in 1968 and as a corollary his followers set up a Department of Psychology at the University of Vincennes. However, Lacan’s unequivocal comments in 1971 on revolutionary ideals in politics draw a sharp line between the actions of some of his followers and his own style of “revolt”. In 1969, Lacan moved his public seminars to the Faculté de Droit (Panthéon), where he continued to deliver his expositions of analytic theory and practice until the dissolution of his School in 1980.