You are here: Home › psychology › Edward Thorndike and the Law of Effect 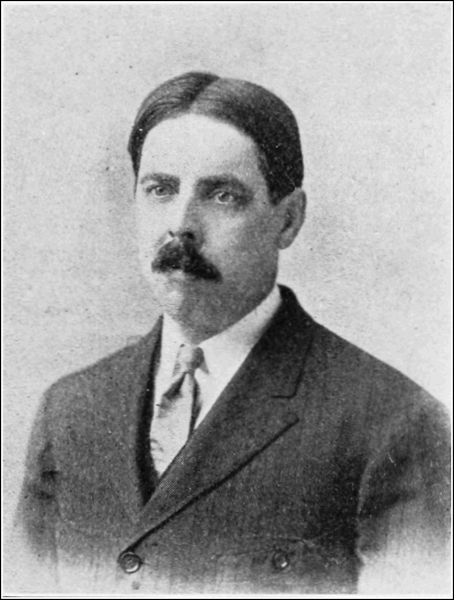 On August 31, 1871, American psychologist Edward L. Thorndike was born. Thorndike‘s work on Comparative psychology and the learning process led to the theory of connectionism and helped lay the scientific foundation for modern educational psychology. Edward Thorndike had a powerful impact on reinforcement theory and behavior analysis, providing the basic framework for empirical laws in behavior psychology with his Law of Effect.

Thorndike, born in Williamsburg, Massachusetts, was the son of Edward R Thorndike, a Methodist minister, and his wife Abbie. Thorndike graduated from The Roxbury Latin School in 1891, in West Roxbury, Massachusetts and from Wesleyan University with a B.S. in 1895. He earned an M.A. at Harvard University in 1897, where he was interested in how animals learn, and worked with psychologist William James. Afterwards, he turned his interest from animals to man, to the study of which he then devoted his life. Edward’s PhD thesis is sometimes thought of as the essential document of modern comparative psychology. Upon graduation, Thorndike returned to his initial interest, educational psychology. In 1898 he completed his PhD at Columbia University under the supervision of James McKeen Cattell, one of the founding fathers of psychometrics. He first proposed his two behavioral laws, the law of effect and the law of exercise, in his doctoral dissertation, which was published in 1911 as Animal Intelligence.

In 1899, after a year at the College for Women of Case Western Reserve University in Cleveland, Ohio, Thorndike became an instructor in psychology at Teachers College at Columbia University, where he remained for the rest of his career, studying human learning, education, and mental testing. In 1937 Thorndike became the second President of the Psychometric Society, following in the footsteps of Louis Leon Thurstone who had established the society and its journal Psychometrika the previous year.

A Pioneer in Behaviorism

Thorndike was a pioneer not only in behaviorism and in studying learning, but also in using animals in psychology experiments. He was interested in whether animals could learn tasks through imitation or observation. To test this, Thorndike created puzzle boxes, which had a door that was pulled open by a weight attached to a string that ran over a pulley and was attached to the door. The string attached to the door led to a lever or button inside the box. When the animal pressed the bar or pulled the lever, the string attached to the door would cause the weight to lift and the door to open, while he measured the amount of time it took them to escape. Once the animal, primarely cats were used in the experiments, had performed the desired response they were allowed to escape and were also given a reward.

To see if the cats could learn through observation, he had them observe other animals escaping from the box. He would then compare the times of those who got to observe others escaping with those who did not, and he found that there was no difference in their rate of learning. Thorndike saw the same results with other animals, and he observed that there was no improvement even when he placed the animals’ paws on the correct levers, buttons, or bar. These failures led him to fall back on a trial and error explanation of learning. By observing and recording the animals’ escapes and escape times, Thorndike was able to graph the times it took for the animals in each trial to escape, resulting in a learning curve. The learning curve also suggested that different species learned in the same way but at different speeds. From his research with puzzle boxes, Thorndike was able to create his own theory of learning.

The Law of Effect

Thorndike regarded adaptive changes in animal behaviour as analogous to human learning and suggested that behavioral associations could be predicted by application of two laws: the law of effect and the law of exercise. The law of effect stated that those behavioral responses that were most closely followed by a satisfying result were most likely to become established patterns and to occur again in response to the same stimulus. The law of exercise stated that behaviour is more strongly established through frequent connections of stimulus and response. In 1932 Thorndike determined that the second of his laws was not entirely valid in all cases. He also modified the law of effect to state that rewards for appropriate behaviour always substantially strengthened associations, whereas punishments for inappropriate responses only slightly weakened the association between the stimulus and the wrong response.[1]

In his Learning Theory (1898) he formulated three important principles for learning:

As professor of educational psychology at Columbia from 1904 to 1940, Thorndike contributed to the development of a more scientifically grounded and efficient type of schooling. He emphasized the use of statistics in social science research, chiefly through his handbook, An Introduction to the Theory of Mental and Social Measurements (1904).[1] Although Thorndike’s description of the relation between reinforcers and punishers was incomplete, his work in this area would later become a catalyst in further research, such as that of B.F. Skinner [4].

Thorndike’s thoughts were also incorporated in dictionaries in the 1930s, which he compiled for children and young adults – and were used as a theoretical foundation for the tiring school drill of pupils in the first half of the 20th century, which was misunderstood as pedagogy. Thorndike was also the first to study andragogy (adult education) empirically. In 1934, the American Association for the Advancement of Science elected Thorndike as the only social scientist to head this professional organization. Though he retired in 1939, he worked actively until his death. Edward Thornton died on August 9, 1949, aged 74.

Michael Domjan, Thorndike and the Law of Effect, [6]