You are here: Home › explorer › Jacob Roggeveen and the Easter Island 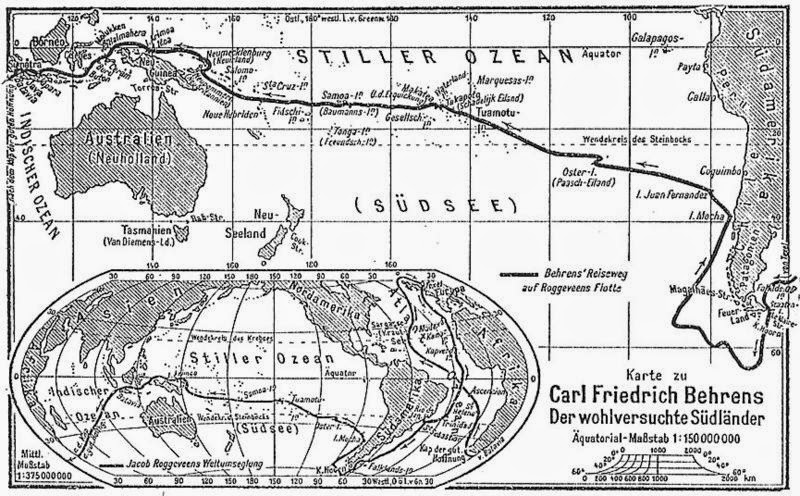 Map of Jacob Roggeveen’s voyage in 1722

On April 5, 1722, Dutch seafarer Jacob Roggeveen is the first European to discover the Polynesian island Rapa Nui, which he named Easter Island.

Arent Roggeveen was an accomplished scholar and teacher in mathematics, astronomy, and navigational theory. He managed to obtain a charter from the States-General of the United Netherlands in order to head towards the South Sea in 1675. However, he found no shareholders among the conservative Dutch merchants, so he was unable to implement his plan. However, he did manage to motivate his sons, Jacob and Jan to continue his dreams before passing away in 1679.

Jacob Roggeveen first attended the Latin school in his home community and then studied law at Harderwijk University. He married Marija Margaerita Vincentius, who died in October 1694. In 1706 he entered the service of the Dutch East India Company. Between 1707 and 1714 he stayed as “Raadsheer van Justitie” (Councillor of Justice) in Batavia (today Jakarta). There he married Anna Adriana Clement, who died shortly afterwards. In 1714 he returned to Middelburg in Holland. He got into religious conflicts because he published the book De val van ‘s werelds afgod (The Case of the Idols of the World) by the liberal preacher Pontiaan van Hattem. The first part appeared in 1718 in Middelburg and was immediately confiscated and burned by the city administration. Roggeveen fled from Middelburg to nearby Flushing. He then settled in the small town of Arnemuiden and published the second and third parts of the series, which in turn excited the public.

At the age of 62, Roggeveen approached the Dutch West India Company to propose making an exploratory voyage to the unknown regions of the Pacific Ocean, and thus reviving and finally implementing his father’s dreams. He was supported and promoted by his brother Jan, a merchant who also helped to prepare the journey. 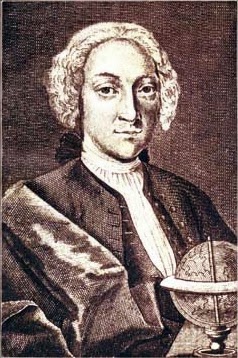 In August, 1721, the expedition departed and Roggeveen guided his crew to the Falkland Islands and around Cape Horn. They sailed towards Chile’s coast and anchored in the Juan Fernández Islands until 17 March, 1722. During the break, the expedition took their time to clean, repair, and resupply before pushing into the unknown parts of the Pacific Ocean. They sailed on a west-northwest course for over 1,500 miles and finally saw a coastline, which they mistook for the fabled Southland. He had discovered the Polynesian island Rapa Nui for Europe on Easter Sunday, 5 April 1722 (Roggeveen wrote 6 April, Easter Sunday 1722 was actually 5 April), which he named Paasch Eyland (Easter Island).

Unfortunately, the first exploration of Easter Island and the interaction with some of the estimated 3,000 inhabitants caused some friction and several deaths. Furtherly, Roggenveen reported “remarkable, tall, stone figures, a good 30 feet in height”, the island had rich soil and a good climate and “all the country was under cultivation”. The expedition proceeded west and sighted Bora Bora and Maupiti of the Society Islands and most of the Samoan Islands. In the northern Tuamotu archipelago the Africaansche Galey ran on a coral reef near the island Takapoto and had to be abandoned. Roggeveen named the island Het Schadelijk Eyland. Shortly after, they reached the Dutch East India post of today’s Java. By then, the crew faced dire straits. One ship got lost and at least half of the crew diseased. The bad luck continued, when the expedition reached Batavia. The Dutch East India Company immediately seized the ships and their cargoes and arrested Roggeveen and his men for violating the company’s monopoly in the area. Roggeveen and his men were able to return to the Netherlands in 1723.

The explorer started settling in Middleburg again, but somehow, all of the original writings of his Pacific voyage, documenting his discoveries, had disappeared. A copy of the lost journal, made by scribes of the Dutch East India Company in Batavia, was finally found in 1836 in a bundle of papers among the archives of the Dutch West India Company in Middleburg. Published in 1838, this journal gave the world the first authoritative account of the expedition. During the 18th century, three further expeditions (Felipe González de Ahedo, James Cook,[3] Jean-François de Galaup de La Pérouse [4]) encountered the mystery of Easter Island.