You are here: Home › economics › John Jacob Astor and the American Fur Company 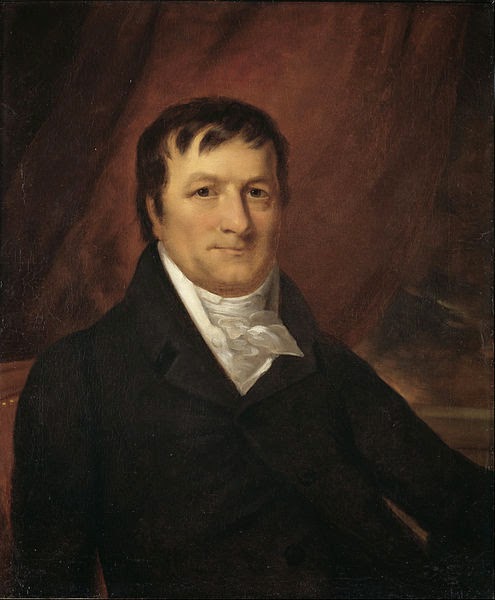 “The first hundred thousand—that was hard to get; but afterwards it was easy to make more.”
– James Jacob Astor, quoted in [8]

John Jacob Astor was born near Heidelberg, Germany and his career began at his father’s business, where he worked as a dairy salesman. However, at the age of 16, he moved to London, learning English and helping his brother manufacturing musical instruments. The next station was New York City. Astor moved there in 1784, followed by one of his brothers and began trading furs with Native Americans. Astor founded a fur goods business shortly after and became the New York agent of his brother’s musical instrument business.

Founding of the American Fur Company

In 1792, the Jay Treaty between the United States and England was signed, opening new markets in Canada and the Great Lakes area, which Astor took advantage of. Soon Astor began importing furs from Montreal to New York and shipping them to Europe. By then, John Jacob Astor was a leading figure in fur trade and in 1800, he even managed to trade furs, teas, and sandalwood with Canton in China. His success seemed unstoppable, but only seven years later, the American Embargo Act disrupted his business of importing and exporting goods. Therefore, the American Fur Company was founded on 6 April, 1808. Subsidiaries being the Pacific Fur Company, and the Southwest Fur Company were later on also founded in order to control fur trading in the Columbia River and Great Lakes areas. Astor even financed an expedition, the Astor Expedition. It traveled by land and sea to the mouth of the Columbia River to establish a fur trading “emporium”.

Following the death of Meriwether Lewis in 1809,[5] a search commenced for a suitable governor for the area. Astor hoped to propose a solution with his proposed route west. Astor’s plans were to create a company that aimed to control the entire existing fur trade, as well as extend it all the way to the Pacific. Wilson Price Hunt, a St. Louis businessman who had no outback experience, led the overland party to the Columbia River. Hunt made a number of decisions which, in hindsight, were disastrous to the expedition. However, those mistakes were to lead to the expedition’s most famous discoveries. The overland expedition pioneered the route now known as the Oregon Trail and in other ways laid the foundations for future American settlement of Oregon and Washington.

However, the English captured his trading posts during the War of 1812 and four years later, Astor joined the opium smuggling trade. After the U.S. government passed a new law in 1817, which banned many foreign traders from U.S. territories, Astor’s business faced a rebound. In 1822, Astor established the Astor House on Mackinac Island as headquarters for the reorganized American Fur Company, making the island a metropolis of the fur trade. The company enjoyed nearly complete control of the fur trade in the United States, but in 1834, John Jacob Astor withdrew from the company. The popularity of fur in fashion decreased drastically and split up in several smaller companies. 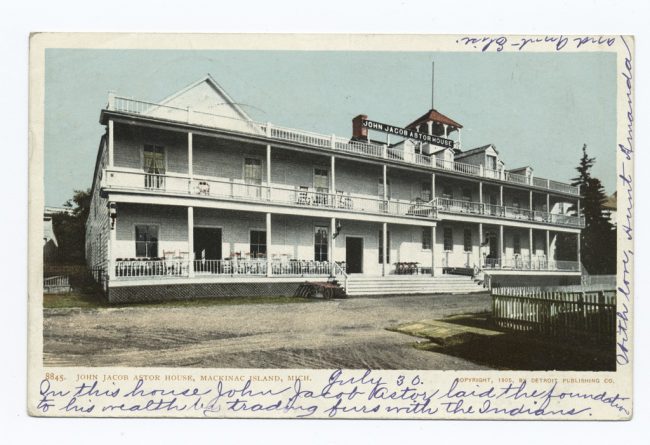 Still, the company was one of the largest enterprises in the United States and held a total monopoly of the lucrative fur trade in the young nation by the 1820s. John Jacob Astor became the richest man in the world and the first multi-millionaire in the United States. Astor used part of his fortune to found the Astor Library in New York City, which merged with the Lenox Library to form the New York Public Library later on. The American Fur Company opened the way for the settlement and economic development of the Midwestern and Western United States.

John Jacob Astor died on March 29, 1848, at age 84, leaving an estate estimated to be worth at least $20 million. His estimated net worth would have been equivalent to $110.1 billion in 2006 U.S. dollars, making him the fifth-richest person in American history.