You are here: Home › medical science › The Human Immunodeficiency Virus and Aids 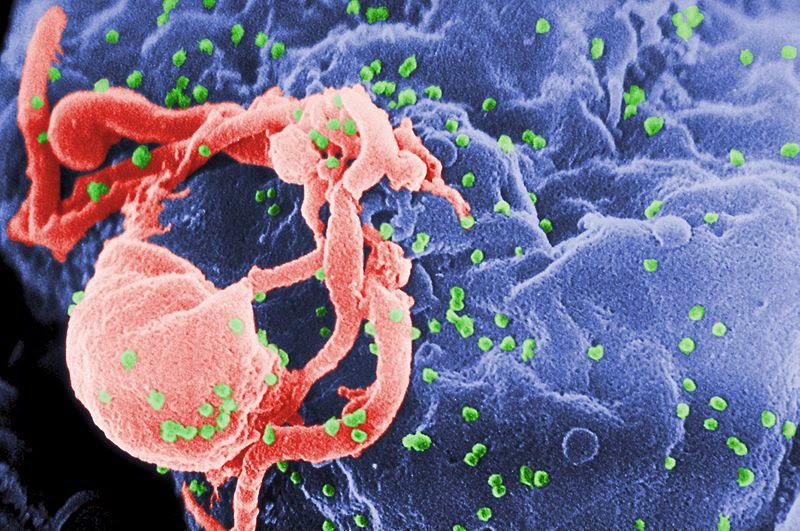 On December 1, 1981, the AIDS virus is officially recognized as a disease. Aids is a disease of the human immune system caused by infection with human immunodeficiency virus (HIV).

The complete origin of HIV is not really known to researchers on this day. Clear is however, that the human immunodeficiency virus is very similar to the Simian immunodeficiency virus (SIV), a retrovirus that is able to infect over 40 species of African primates. It is assumed, that this virus exists for more than 32.000 years, which was measured at the African island Bioko and the African mainland. But there is a huge difference in the various forms of HIV. The first type, HIV-1 is most likely related to viruses found in chimpanzees and gorillas living in western Africa. This type is also to be divided into further groups and are in most cases more virulent than HIV-2 viruses. Those are related to viruses found in the endangered west African primate sooty mangabey and are also thought to be less transmissible.

But how could the viruses be transferred into a human virus in the first place? According to scientists at the University of Alabama, the SI-Virus was already carried on to the human body in the 1930s. It is assumed that hunters violated the hunting law and several infected chimpanzees were consumed by humans. Most researchers believe that the first cases of HIV were found in West-Africa but some believe that there could have been several places of origin. The oldest blood sample from an infected human was taken in 1959 at the Kongo, and further samples were found in the 1960s. 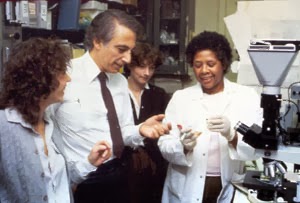 In 1981, Michael Gottlieb published an article in the ‘Morbidity and Mortality Weekly Report‘, saying that a very seldom kind of pneumonia was becoming more frequent lately. This kind of pneumonia was known to affect mostly people with a very weak immune system, but Gottlieb found out that the disease now also affected five previously completely healthy young men. Further findings of this kind were made across the United States and it was assumed that a certain type of immune immunodeficiency was transferred through sexual intercourse. As research went on, the term AIDS became official in 1982, and one year later, two research groups declared that a novel retrovirus may have been infecting AIDS patients, and published their findings in the same issue of the journal Science independently from each other. The groups were led by the American biomedical researcher Robert Gallo, and the French virologist Luc Montagnier. Both became famous for discovering the HI-Virus and Montagnier received the Nobel Prize in Physiology or Medicine for his achievements in 2008.

In 1986, the term HIV became widely known and first therapies were approved in 1987. Several organizations, helping the affected and informing the citizens were founded in these years to prevent misconceptions, conspiracies and the exclusion of the affected from society. The famous Red Ribbon was established in San Francisco in 1990 to protest against discrimination of HIV-infected people and about one year later, the ribbon became the international symbol for the fight against AIDS. Still, many stereotypes concerning AIDS and HIV exist, wherefore the WHO established the World AIDS Day on December 1, which is dedicated to raising awareness of the AIDS pandemic. It is assumed that AIDS has killed over 25 million people only between 1981 and 2007 and therefore counts as one of the most destructive epidemics in recorded history.