You are here: Home › computer science › Howard Aiken and the Harvard Mark I Computer 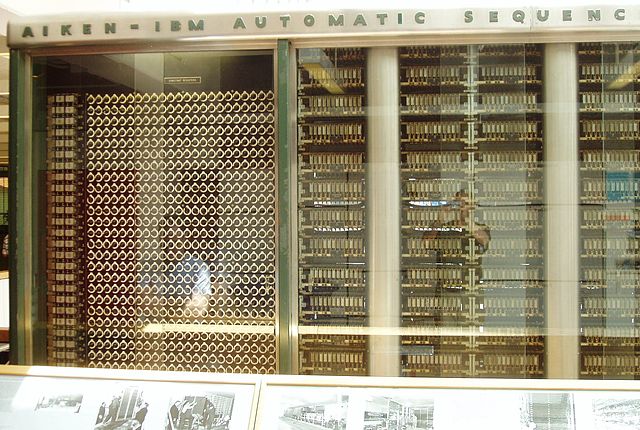 On March 9, 1900, computer pioneer Howard Hathaway Aiken was born. He was the original conceptual designer behind IBM’s Harvard Mark I computer, forerunner of the modern electronic digital computer.

“The desire to economize time and mental effort in arithmetical computations, and to eliminate human liability to error is probably as old as the science of arithmetic itself.”
— Howard Aiken, in Proposed Automatic Calculating Machine (1937)

Howard Aiken’s parents were Daniel H Aiken (born about 1870) and Margaret Emily Mierisch (1874-1961). Daniel Aiken came from a wealthy Indiana family but, sadly, he was addicted to alcohol and this led to the family problems that we describe below. Margaret Mierisch was the daughter of German immigrants who had settled in the United States. [6] Howard H. Aiken studied at the University of Wisconsin – Madison, the University of Chicago, and Harvard University, where he received an M. A. in 1937 and a Ph. D. in physics in 1939. During his studies, Aiken is supposed to have encountered differential equations only to be solved numerically. It is assumed that he envisioned an electro-mechanical computing device that could help him with his work. After several years of activity in the electrical industry he was called to a chair at Harvard, where he taught mathematics from 1941 to 1946 and became director of the Laboratory of Computer Technology. 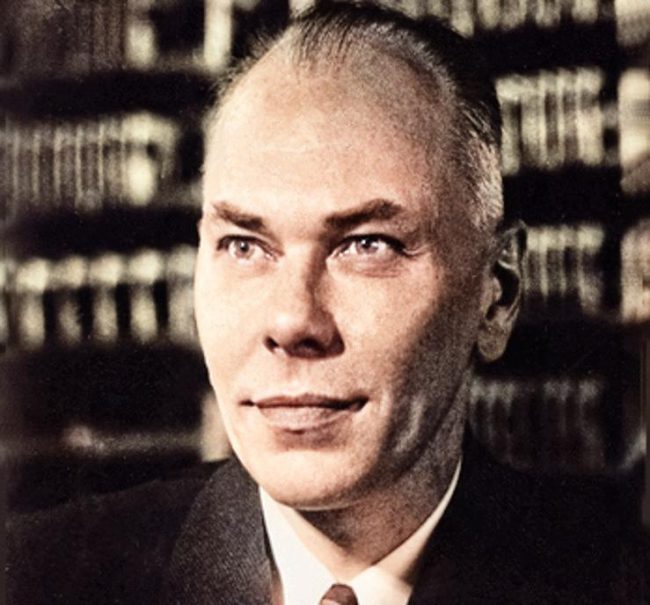 Aiken was supported by Harvard University for his ideas. He also discussed his ideas with several manufacturers, eventually finding interest at IBM, a company that specialized in calculating machines and punch card systems. The machines designed by Herman Hollerith [3] at that time could only count on positive numbers, which made them useless for scientific use. That’s why, from 1939 to 1944, Aiken, together with Grace Hopper,[4] who programmed the computer, and two other employees constructed the world’s first digital mainframe, the Automatic Sequence Controlled Calculator (ASCC), later renamed Mark I.  When Mark I was delivered to Harvard in 1944, it was operated by the U.S. Navy Bureau of Ships for military purposes, solving mathematical problems that until then required large teams of human “computers.”

Between 1944 and 1959, Mark I was in operation. The Automatic Sequence Controlled Calculator (ASCC) consisted of relays, rotating shafts, and clutches. Mark I weighed about 4.500kg and also included an electric motor to synchronize the basic calculating units. Mark I used 80km of wire with several million connections and was held by a steel frame of 16m length. Mark I consisted of 760,000 parts, including 3000 ball bearings. Aiken used electrically driven decadic counting wheels as calculating elements and to store them. The program was stored on a 24-track tape. The project was largely financed by IBM.

The computer world owes the term “debugging” to the successor Mark II. [5] The term “bug” has been used in English for a long time by engineers to describe malfunctions. Grace Hopper has put a moth in the project logbook with the phrase “First actual case of bug being found.” This moth, the first real computer bug, can be seen in the museum of the Naval Surface Weapons Center in Dahlgren, Virginia.

In addition to his construction of computers, Howard Aiken also published articles on systems theory and developed the Aiken code, a complementary BCD code named after him, which is still used today in digital watches, pocket calculators and similar devices. For his achievements, Howard Aiken was elected a Fellow of the American Academy of Arts and Sciences in 1947. He received the University of Wisconsin–Madison College of Engineering Engineers Day Award in 1958, the Harry H. Goode Memorial Award in 1964, the John Price Wetherill Medal in 1964, and the IEEE Edison Medal in 1970. In 1947, Howard Aiken introduced a master’s program for computer science at Harvar, nearly a decade before the program was introduced at other universities. This became a starting ground to future computer scientists, many of whom did doctoral dissertations under Aiken.

After he retired at age 60 to Fort Lauderdale, Florida, Aiken continued his contributions to technology. He founded Howard Aiken Industries Incorporated, which was a consulting firm that helped failing businesses recover. During his years in Florida, he joined the University of Miami as a Distinguished Professor of Information. In addition, Aiken became a consultant for companies such as Lockheed Martin and Monsanto. On March 14, 1973, Aiken died at age 73.

George Dyson: The birth of the computer, [10]