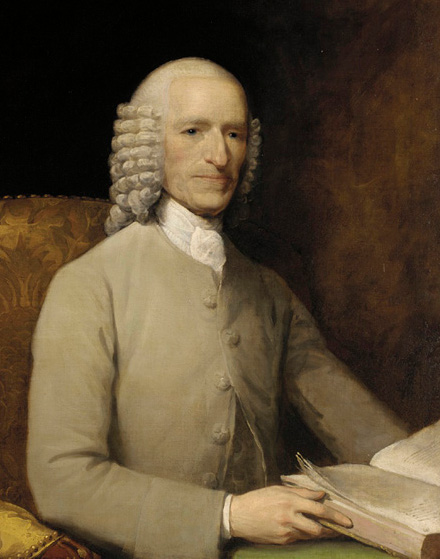 On March 8, 1712, English physician, plant collector, philanthropist and Quaker John Fothergill was born. He was first to describe coronary arteriosclerosis (hardening and thickening of the arterial wall, with a loss of elasticity and reduced blood flow) associated with angina pectoris.

John Fothergill was born at Carr End, near Bainbridge in Yorkshire, the son of John Fothergill, a Quaker preacher and farmer. John went to school at Frodsham and in 1724 entered the grammar school at Sedbergh in the Yorkshire Dales. He studied Greek and Latin, becoming fluent in Latin. After studying at Sedbergh School, Fothergill was apprenticed to the Bradford apothecary, bookseller and Quaker minister Benjamin Bartlett, who encouraged his interest in natural history. In 1734 he enrolled at the University of Edinburgh as an apothecary, but was noticed by Alexander Monro who influenced him to change to medicine. He graduated doctor of medicine in 1736 with a thesis on the use of emetics, followed by further studies at St Thomas’ Hospital, London. After visiting continental Europe in 1740 visiting Holland, Germany, and France, he settled in London to practise as an unlicensed physician, where he gained an extensive practice. He was admitted a Licentiate of the College of Physicians 1st October, 1744, and is the first graduate in medicine of the university of Edinburgh who was admitted by the College.[4]

During the severe scarlet fever epidemic in London 1746-1748, Fothergill won a great reputation, abolishing bloodletting, purgatives, and other common treatments to that day. Instead, he treated the disease with wine, attenuated mineral acids and emetics in moderate doses. This resulted in his important work An Account of the Sore Throat Attended with Ulcers (1748). It contains one of the first descriptions of streptococcal sore throat in English, and was translated into several languages. His rejection of ineffective traditional therapies for this disease saved many lives.

Fothergill gave a graphic description of migraine, with the visual precursors and the localized headache that follows as: “a singular kind of glimmering in the sight, objects swiftly changing their apparent position, and surrounded with luminous angles, like those of a fortification.”[3] During the epidemics of influenza in 1775 and 1776 Fothergill is said to have had sixty patients daily. Fothergill also is credited with first identifying and naming trigeminal neuralgia in his work “Of a painful affection of the face” in 1765. He also supported the publication of Benjamin Franklin’s papers on electricity, and wrote a preface for them.[5]

Fothergill, now the most sought for physician in London, worked unusually long hours and gained one of the most lucrative practices in the city. In fact, he was one of the richest physicians in England.[2] In his leisure, John Fothergill made a study of conchology and botany. At Upton, near Stratford, London, he had an extensive botanical garden where he grew many rare plants obtained from various parts of the world. His garden enabled Fothergill to delineate the natural history of many drugs. To his honour Carl von Linné named a wild growing shrub from Carolina Fothergilla.[2,6]

Fothergill was instrumental in the formation of a society of physicians modelled on the Edinburgh Medical Society. He is known as the first to record coronary arteriosclerosis – a hardening of the walls of the arteries supplying blood to the heart muscle – in association with a case of angina pectoris. Fothergill also popularized the use of coffee in England and promoted its cultivation in the West Indies. In 1773 Fothergill gave the first full description of trigeminal neuralgia, which was, for a time, referred to as “Fothergill’s disease”.[2]