You are here: Home › chemistry › Harold Urey and the famous Miller–Urey experiment 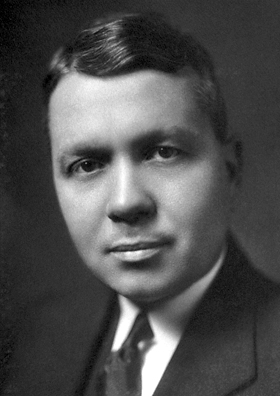 On April 29, 1893, American physical chemist and Nobel Laureate Harold C. Urey was born. He played a significant role in the development of the atom bomb, but may be most prominent for his contribution to theories on the development of organic life from non-living matter.

Harold Clayton Urey entered the University of Montana in 1914 and received his Bachelor of Science degree in Zoology in 1917. A few years later, he returned to Montana as an instructor in Chemistry and entered the University of California to work under Professor Lewis in 1921. Urey was awarded the degree of Ph.D. in Chemistry in 1923. Urey later worked in Copenhagen at Professor Niels Bohr’s Institute for Theoretical Physics as American-Scandinavian Foundation Fellow to Denmark and on his return to the United States he became an Associate in Chemistry at Johns Hopkins University. Urey became professor in Chemistry at Columbia University in the 1930s and moved to the Institute for Nuclear Studies, University of Chicago in 1945 as Distinguished Service Professor of Chemistry. In 1958, he took his post as Professor-at-Large, University of California. During the Second World War, he and his team worked on various research projects within the Manhattan Project, thus contributing to the development of the first atomic bomb. The most significant of these was the development of the gas diffusion process for the separation of 235U and 238U. Urey was an early opponent of German Nazism and assisted refugee scientists, including Enrico Fermi, by helping them find work in the United States, and to adjust to life in a new country. 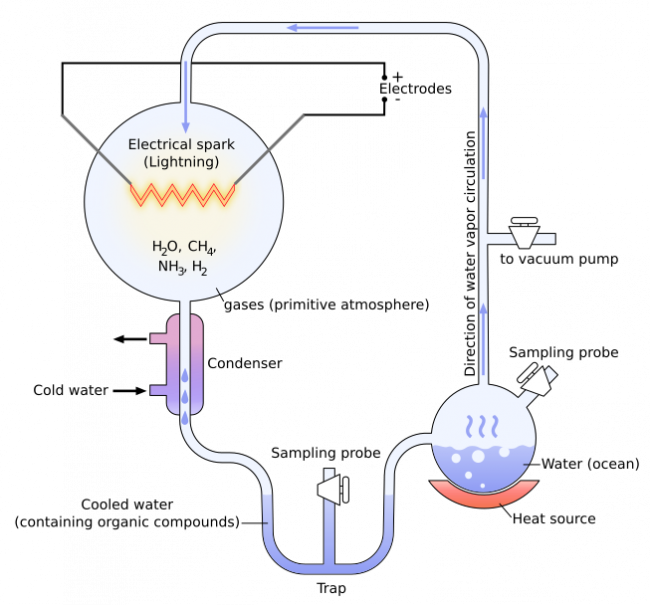 Harold Urey helped to develop the field of cosmochemistry in his later career. He is also credited with coining the term. Urey’s work on oxygen-18 led him to develop theories about the abundance of the chemical elements on earth, and of their abundance and evolution in the stars. His work was summarized in The Planets: Their Origin and Development, published in 1952. The scientist speculated that the early terrestrial atmosphere was probably composed of ammonia, methane, and hydrogen. One of his Chicago graduate students, Stanley L. Miller, showed in the Miller–Urey experiment that, if such a mixture be exposed to electric sparks and to water, it can interact to produce amino acids, commonly considered the building blocks of life.[4]

In the late 1950s and early 1960s, space science became a topical field of research in the wake of the launch of Sputnik I.[5] Urey helped persuade NASA to make unmanned probes to a moon a priority. When Apollo 11 returned moon rock samples from the moon, Urey examined them at the Lunar Receiving Laboratory. The samples supported Urey’s contention that the moon and the Earth shared a common origin. Lunar astronaut Harrison Schmitt said that Urey approached him as a volunteer for a one-way mission to the Moon, stating “I will go, and I don’t care if I don’t come back.”

Apart from his Nobel Prize in Chemistry, Harold Urey was also awarded the Willard Gibbs Medal, the Davy Medal, the Medal of Merit, and many more. He is author of many books including Atoms, Molecules and Quanta, published in 1930. Urey was editor of the Journal of Chemical Physics during 1933-1940 and has written numerous papers on the structure of atoms and molecules, the discovery of heavy hydrogen and its properties, separation of isotopes, measurement of paleotemperatures and the origin of planets. These have been published in many different chemical journals. In 1928 he became a Fellow of the American Physical Society. Since 1935 he was a member of the National Academy of Sciences. In 1938 he was elected to the American Academy of Arts and Sciences. In 1947 he was elected a Foreign Member of the Royal Society. In 1940 he received the Davy Medal and in 1964 the National Medal of Science.