You are here: Home › computer science › George Stibitz and the Electromechanical Digital Computer 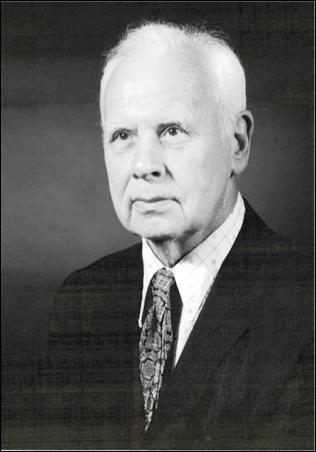 On April 30, 1904, U.S. mathematician George Robert Stibitz was born. Stibitz is recognized as one of the fathers of the modern first digital computer. He was a Bell Labs researcher known for his work in the 1930s and 1940s on the realization of Boolean logic digital circuits using electromechanical relays as the switching element.

“Part of the charm in solving a differential equation is in the feeling that we are getting something for nothing. So little information appears to go into the solution that there is a sense of surprise over the extensive results that are derived.”
– George Robert Stibitz [9]

Stibitz was born in York, Pennsylvania to George Stibitz, a professor of theology, and his wife Mildred Amelia, a dormer math teacher. George’s childhood was spent in Dayton, Ohio, where his father taught at a local college. Stibitz, an experimenter at heart, had been intrigued by electrical gadgets since childhood, an interest that on occasion must have dismayed his parents, since he nearly set the house on fire by overloading the circuits with an electric motor given him by his father. Stibitz enrolled at Denison University in Granville, Ohio, where he earned his bachelor of philosophy degree in 1926. Then he went on to Union College in Schenectady, New York, where he was awarded his M.S. degree in 1927.

The Shortcomings of Mechanical Calculators

After graduating from Union College, he worked as a technician at General Electric research labs in Schenectady for one year, before returning to Cornell University to begin his doctoral program. Stibitz received his Ph.D. in mathematical physics from Cornell in 1930.[1] After graduation Stibitz was working as a research mathematician at the Bell Telephone Laboratories in New York City. His task was to carry out the endless number of mathematical calculations required to design and operate an increasingly complex system of telephones and the only available tool to use was a simple desktop mechanical calculator not longer adequate for the growing demands of the expanding telephone networks.

Why not using Electrical Relays?

In the fall of 1937 Stibitz made the discovery for which he is now best known, the use of relays for automated computing. A relay is a metallic device that can assume one of two positions – open or closed – when an electrical current passes through it. The relay acts as a kind of gate, therefore, that will control the flow of electrical current, and was a common device used to regulate telephone circuits. In November 1937 Stibitz decided to see if relays could be used to perform simple mathematical functions.

At his home, he assembled a simple computing system on his kitchen table made from borrowed relays from the Bell stockroom. The system consisted of the relays, a dry cell, flashlight bulbs, and metal strips cut from a tobacco can. A lighted bulb represented the binary digit “1” and an unlighted bulb, the binary digit “0.” The device was able to use binary arithmetic for addition and subtraction. Stibitz’s colleagues later named it “K-Model” since it was built on his kitchen table.[2] Bell Labs subsequently authorized a full research program in late 1938 with Stibitz at the helm.

Stibitz Complex Number Computer, completed in November 1939, was able to do calculations on complex numbers. In a demonstration to the American Mathematical Society conference at Dartmouth College in September 1940, Stibitz used a teletype to send commands to the Complex Number Computer in New York over telegraph lines. It was the first computing machine ever used remotely.

Several binary computers of greater sophistication followed. In these were introduced the excess 3 code (also referred to as Stibitz-Code), floating decimal arithmetic, self-checking circuits, jump program instructions, taped programs and “table-hunting” subcomputers.[3]  The last of this series, the “Model V“, was completed in 1946 and was a fully programmable, general-purpose computer, although its relay technology .

In 1942, Stibitz attended a meeting of a division of the Office of Scientific Research and Development (OSRD), charged with evaluating various proposals for fire-control devices, which fell into two broad categories: “analog” and “pulse.” In a memo written after the meeting, he suggested that the term “digital” be used in place of “pulse,” as he felt the latter term was insufficiently descriptive of the nature of the processes involved. Stibitz’s memorandum was the first known use of the term “digital” to refer to calculating machinery made it slower than the all-electronic computers then under development.

From 1941-1945 Stibitz served in the National Defense Committee, where he worked on important theoretical work dealing with computation. After the war he did not to go back to Bell Labs, but started an academic career. From 1945 to 1954, Stibitz worked as a private consultant in Burlington, Vermont, developing a precursor to the electronic digital minicomputer. He joined the Dartmouth faculty and applied computer systems development to a variety of topics in biomedicine in 1964. In 1966 Stibitz became a Full Professor, and in 1970 he became a Professor Emeritus.

In 1965 George Robert Stibitz received the Harry H. Goode Memorial Award together with Konrad Zuse.[5] In his later years, Stibitz “turned to non-verbal uses of the computer”. Specifically, he used a Commodore-Amiga to create computer art.[4]