You are here: Home › chemistry › Harold Kroto and the Discovery of Fullerenes 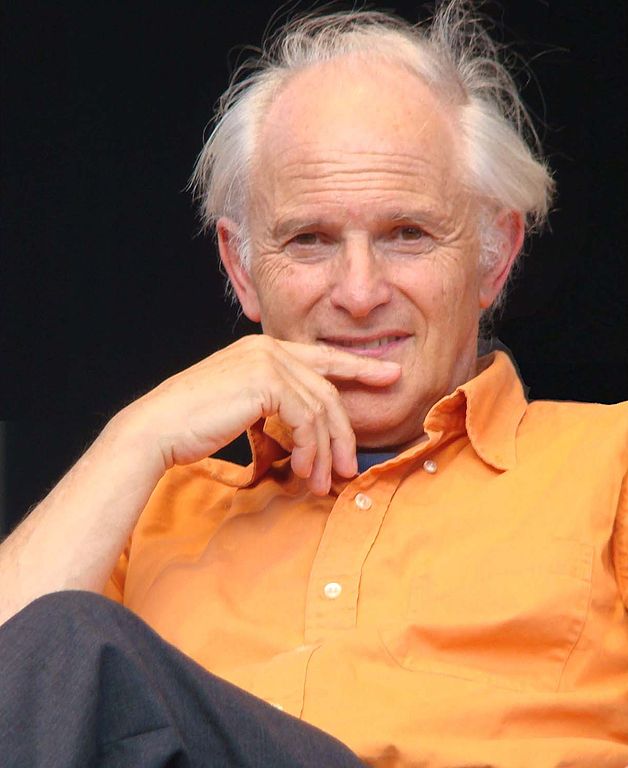 On October 7, 1939, English chemist and Nobel Laureate Sir Harold Walter Kroto was born. Kroto shared the 1996 Nobel Prize in Chemistry with Robert Curl and Richard Smalley [6] for their discovery of fullerenes, i.e. molecules of carbon in the form of a hollow sphere, ellipsoid, tube, and many other shapes, which have been the subject of intense research, both for their unique chemistry and for their technological applications, especially in materials science, electronics, and nanotechnology.

“Having chosen something worth doing, never give up, and try not to let anyone down.”
– Harry Kroto

Harold Kroto was born in Wisbech, Cambridgeshire, England, to Edith and Heinz Krotoschiner. Both his parents were born in Berlin and came to Great Britain in the 1930s as refugees from the Nazis because his father was Jewish. He was raised in Bolton, Lancashire, England, while the British authorities interned his father on the Isle of Man as an enemy alien during World War II. In 1955, Harold’s father shortened the family name to Kroto.

Kroto developed an interest in chemistry, physics, and mathematics in secondary school, and because his chemistry teacher felt that the University of Sheffield had the best chemistry department in the United Kingdom, Kroto went to the University of Sheffield in 1958, where he obtained a first-class honours BSc degree in Chemistry (1961) and a PhD in Molecular Spectroscopy (1964). Among other things such as making the first phosphaalkenes (compounds with carbon phosphorus double bonds), his doctoral studies included unpublished research on carbon suboxide, O=C=C=C=O, and this led to a general interest in molecules containing chains of carbon atoms with numerous multiple bonds. He started his work with an interest in organic chemistry, but when he learned about spectroscopy it inclined him towards quantum chemistry; he later developed an interest in astrochemistry.

After spending two years in a postdoctoral position at the National Research Council in Ottawa, and the subsequent year at Bell Laboratories in New Jersey (1966–1967), Kroto began teaching and research at the University of Sussex in England in 1967. There, he carried out research mainly focused on the spectroscopic studies of new and novel unstable and semi-stable species. This work resulted in the birth of the various fields of new chemistry involving carbon multiply bonded to second and third row elements. In 1975, Kroto became a full professor of Chemistry.

“Scientific discoveries matter much more when they’re communicated simply and well – if you can’t explain your work to the man in the pub, what’s the point?”
– Harry Kroto

In 1985, simulating the chemical reactions in the atmospheres of the red giant stars demonstrated that stable C60 molecules could form spontaneously from a condensing carbon vapour. Kroto’s co-investigators directed lasers at graphite and examined the results. The C60 molecule is a molecule with the same symmetry pattern as a football, consisting of 12 pentagons and 20 hexagons of carbon atoms. Kroto named the molecule “Buckminsterfullerene“, often also referred to as “Buckyballs”, after American architect, systems theorist, author, designer, inventor, and futurist Buckminster Fuller who had conceived of the geodesic domes [5], as the dome concept had provided a clue to the likely structure of the new species.

The C60 discovery caused Kroto to shift the focus of his research from spectroscopy in order to probe the consequences of the C60 structural concept and to exploit the implications for chemistry and material science, which again lead to the discovery of a new allotrope of carbon known as a fullerene and culminated in the publication of “C60: Buckminsterfullerine” with his colleagues J. R. Heath, S. C. O’Brien, R. F. Curl, and R. E. Smalley. In 1996 he was awarded the Nobel Chemistry Prize for discovering buckminsterfullerene, which stands alongside the two other well-defined forms, diamond and graphite.[2]

Google Doodle for the 25th anniversary of Buckminsterfullerens [3]

From 2002–2004, Harold Kroto served as President of the Royal Society of Chemistry. In 2004, Kroto left the University of Sussex to take up a new position as Francis Eppes Professor of Chemistry at Florida State University. In 2010 the 25th anniversary of the discovery of the “buckyball”, was celebrated with a special interactive Google Doodle.[3] Harold Kroto died on 30 April 2016 in Lewes, East Sussex, from complications of amyotrophic lateral sclerosis at the age of 76. In an obituary published in the journal Nature, Robert Curl and James R. Heath described Kroto as having an “impish sense of humour similar to that of the British comedy group Monty Python“.[7]