You are here: Home › mathematics › Gerbert of Aurillac and the Popularization of Science 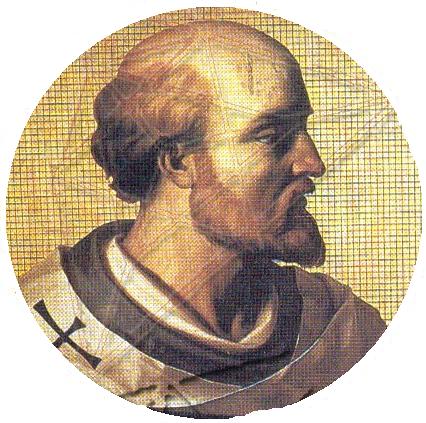 On May 12, 1003, Gerbert of Aurillac aka Pope Sylvester II passed away. A prolific scholar and teacher, he endorsed and promoted study of Arab and Greco-Roman arithmetic, mathematics, and astronomy, reintroducing to Europe the abacus and armillary sphere, which had been lost to Latin Europe since the end of the Greco-Roman era. He is said to be the first to introduce in Europe the decimal numeral system using Arabic numerals.

Gerbert was born of humble parentage at about 946 in the town of Belliac, near the present-day commune of Saint-Simon, Cantal, France. Around 963, he entered the monastery of St. Gerald of Aurillac. In 967, Borrell II, Count of Barcelona, visited the monastery, and with the help of the abbot Gerbert was given the chance to follow Borell II to Catalonia and to study mathematics and acquire there some knowledge of Arabic learning. At the monastery of Santa María de Ripoll, which was noted for its fine library, he studied the quadrivium (the higher division of the liberal arts, which includes music, arithmetic, geometry, and astronomy) under Bishop Atto of Vic.[1]

A Passion for Mathematics and Astronomy

Borrell II of Barcelona was facing major defeat from the Andalusian powers so he sent a delegation to Córdoba to request a truce. Bishop Atto was part of the delegation that met with Al-Hakam II of Cordoba, who received him with honor. Atto was mesmerized by the palaces in Cordoba and returned with great respect for the Arabs. Gerbert was fascinated by Atto’s stories of the Christian Bishops and judges who dressed and talked like the Arabs, well-versed in mathematics and natural sciences like the great teachers of the Islamic madrasahs. This sparked Gerbert’s veneration for the Arabs and his passion for mathematics and astronomy.

In 969, Gerbert followed Count Borrell II on a pilgrimage to Rome, where Gerbert met Pope John XIII and the Emperor Otto the Great.[4] The Pope persuaded Otto to employ Gerbert as a tutor for his young son, the future Emperor Otto II. Some years later, Otto I gave Gerbert leave to study at the cathedral school of Rheims where he was soon appointed a teacher by Archbishop Adalberon. When Otto II became Holy Roman Emperor in 973, he appointed Gerbert the abbot of the monastery of Bobbio and also appointed him as count of the district, but the abbey had been ruined by previous abbots, and Gerbert soon returned to Rheims.

After the death of Otto II in 983, Gerbert supported Hugh Capet, who became King of France, ending the Carolingian line of Kings in 987. When Adalberon died in 989, Gerbert was a natural candidate for his succession, but Hugh Capet appointed another candidate. But finally in 991 Gerbert was elected to the See of Rheims. Gerbert now became the teacher of Otto III, and Pope Gregory V, Otto III’s cousin, appointed him Archbishop of Ravenna in 998. With the Emperor’s support, he was elected to succeed Gregory V as Pope in 999. Gerbert took the name of Sylvester II. As pope, he took energetic measures against the widespread practices of simony and concubinage among the clergy, maintaining that only capable men of spotless lives should be allowed to become bishops. Sylvester II died in 1003, and immediately legends about his great learning surfaced, revealing the impression he made on contemporaries

Invisible to the Magician…

There is the legend of Gerbert, which grows from the work of the English monk William of Malmesbury in De Rebus Gestis Regum Anglorum. According to the legend, Gerbert, while studying mathematics and astrology in the Muslim cities of Córdoba and Seville, was accused of having learned sorcery. Gerbert was supposed to be in possession of a book of spells stolen from an Arab philosopher in Spain. Gerbert fled, pursued by the victim, who could trace the thief by the stars, but Gerbert was aware of the pursuit, and hid hanging from a wooden bridge, where, suspended between heaven and earth, he was invisible to the magician. Pope Silvester II is also said to have celebrated Mass trembling also on the New Year’s Eve before the first turn of the millennium, because he had expected the end of the world during the transformation.

The Brazen Had and Gerbert’s Death

Gerbert was supposed to have built a brazen head. This “robotic” head would answer his questions with “yes” or “no”. According to the legend, the bronze head told Gerbert that if he should ever read a mass in Jerusalem, the Devil would come for him. Gerbert then cancelled a pilgrimage to Jerusalem, but when he read mass in the church Santa Croce in Gerusalemme (“Holy Cross of Jerusalem”) in Rome, he became sick soon afterwards and, dying, he asked his cardinals to cut up his body and scatter it across the city.

A Forerunner of Humanism

Gerbert of Aurillac is considered a humanist long before the Renaissance. He read Virgil, Cicero and Boethius; he studied Latin translations of Porphyry, but also of Aristotle. Thus, he was one of the first to introduce Aristotle to the West, who was already familiar to Muslim scholars through translations into Arabic long before the Latin translations. In addition to that, Gerbert of Aurillac had a very accurate classification of the different disciplines of philosophy. Gerbert wrote a series of works dealing with matters of the quadrivium (arithmetic, geometry, astronomy, music), which he taught using the basis of the trivium (grammar, logic, and rhetoric). In Rheims, he constructed a hydraulic-powered organ with brass pipes that excelled all previously known instruments, where the air had to be pumped manually.

Gerbert learned of Hindu–Arabic digits and applied this knowledge to the abacus, but probably without the numeral zero. According to the 12th-century historian William of Malmesbury, Gerbert got the idea of the computing device of the abacus from a Spanish Arab. According to his pupil Richer, Gerbert could perform speedy calculations with his abacus that were extremely difficult for people in his day to think through in using only Roman numerals. Due to Gerbert’s reintroduction, the abacus became widely used in Europe once again during the 11th century. Although lost to Europe since the terminus of the Greco-Roman era, Gerbert reintroduced the astronomical armillary sphere to Latin Europe via the Islamic civilization of Al-Andalus, which was at that time at the edge of civilization. Gerbert’s fame as a mathematician lies not in any mathematical achievement but rather in his enthusiasm to teach the topic and to popularise the use of Indo-Arabic numerals and the abacus in Europe at a time when, for Europeans, mathematical understanding was at a low ebb.[2] 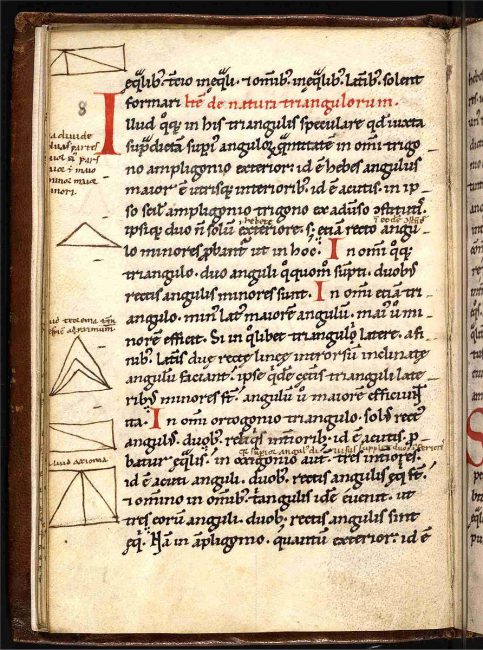 In a letter to the monk Remigius of Trier, Gerbert describes in some detail the creation of a celestial globe. Richer of St. Remi adds to the description in which it is described that a wooden globe was covered with horse skin. The constellations were applied in simple or more elaborate colours to this coating; either monochrome as dots in red, or using different colours. In this case it remains unclear whether they were only dots or perhaps painted constellations. Simple copies of a celestial globe were finished after the constellations had been applied, while the better ones were still provided with a horizon ring.

The Legend of the Rattling Bones

The inscription on Gerbert’s tomb reads in part Iste locus Silvestris membra sepulti venturo Domino conferet ad sonitum (“This place will yield to the sound [of the last trumpet] the limbs of buried Sylvester II, at the advent of the Lord“, mis-read as “will make a sound“) and has given rise to the curious legend that his bones will rattle in that tomb just before the death of a Pope.