You are here: Home › astronomy › Sir Bernard Lovell and the Radioastronomy 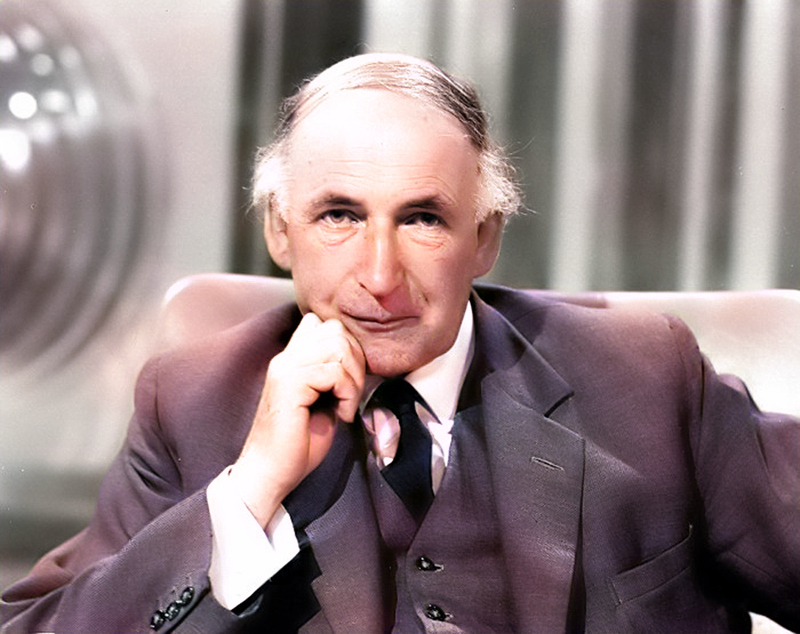 On August 31, 1913, English physicist and radio astronomer Sir Bernard Lovell was born. He was a pioneer in radar and radio telescopes and especially renowned for creating the Jodrell Bank radio telescope, the only antenna that could track rockets in space in the early years of the space race between the United States and the Soviet Union.

“Out of all possible universes, the only one which can exist, in the sense that it can be known, is simply the one which satisfies the narrow conditions necessary for the development of intelligent life.”
— Sir Bernard Lovell [10] (1979)

Born at Oldland Common, Bristol in 1913, as the son of Gilbert and Emily Laura Lovell, Bernard Lovell’s childhood hobbies and interests included cricket and music – mainly the piano. He attended Kingswood Grammar School, now King’s Oak Academy, before he studied physics at the University of Bristol, where he obtained a bachelor of science degree in 1934, and a PhD in 1936 on the electrical conductivity of thin films. At this time he also received lessons from Raymond Jones, a teacher at Bath Technical School and later organist at Bath Abbey. The church organ was one of the main loves of his life, apart from science and cricket. After a year as an assistant lecturer in physics at the University of Manchester, he became a member of the cosmic-ray research team at that institution, working in this capacity until the outbreak of World War II in 1939.

During World War II Lovell worked for the Air Ministry, doing valuable research in the use of radar for detection and navigation purposes for which he was named an Officer of the Order of the British Empire (OBE) in 1946.[1] Returning to the University of Manchester in 1945 as a lecturer in physics, Lovell acquired a surplus army radar set for use in his research on cosmic rays. Because interference from the surrounding city hampered his efforts, he moved the equipment, which included a searchlight base, to Jodrell Bank, an open field located about 30km south of Manchester near Goostrey in Cheshire. Shortly thereafter authorities at the university agreed to provide him with a permanent establishment at the site, which already belonged to the university’s botany department, and to sponsor the construction of his first radio telescope, for which he used the searchlight base as a mounting.

In the course of his experiments, he was able to show that radar echoes could be obtained from daytime meteor showers as they entered the Earth’s atmosphere and ionised the surrounding air. With University funding, he constructed the then-largest steerable radio telescope in the world, which now bears his name – the Lovell Telescope. Completed in 1957, the telescope – known initially as Mark 1 and renamed the Lovell Telescope on its 30th anniversary – dominates the surrounding countryside and continues to make huge contributions to the science of astronomy.[2] The Mark 1 telescope was the only instrument that could both detect the first Soviet and American satellites and transmit instructions to them. Oddly enough as it now seems, the need for such a telescope had escaped both the telecommunications industry and the military leaders of both superpowers. 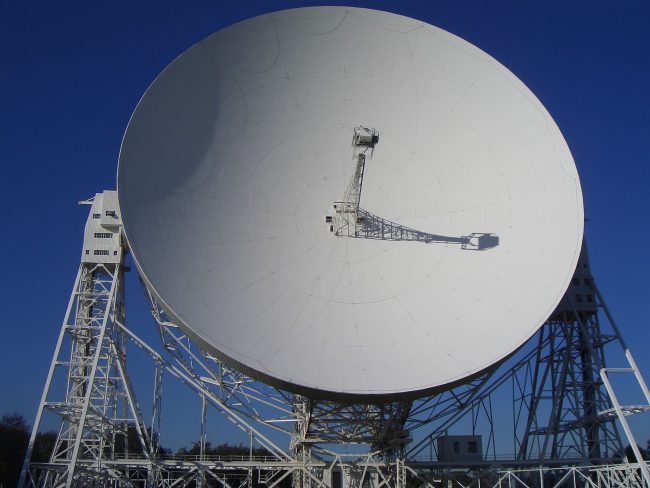 Parabolic antenna of the Lovell telescope

Despite its spectacular success, which included tracking the Sputnik 1 satellite mission in 1957, Lovell went through a lot of troubles concerning the funding of the radio telescope. The main problem was to find sufficient funds to meet the rising costs of the project at times of government cuts. Thus in 1955 the project found itself £250,000 in debt. The Department of Scientific and Industrial Research agreed to find half if Lovell could raise the rest. A public appeal failed to raise more than £65,000 and it required a strong public press campaign to move the Treasury to meet the outstanding costs in 1960, three years after the telescope was first used. [3]

In 1951, Lovell became professor of radio astronomy at Manchester University and the founder and first director of Jodrell Bank Experimental Station, a position he kept until his retirement in 1980. In 1958 he gave the Reith Lectures, for the BBC, entitled The Individual and the Universe. Beginning in 1958, Lovell carried out much research on the characteristics of flare stars. In 1960, he began collaborating with Fred Whipple [4] of the Smithsonian Astrophysical Observatory in this work. In 1955 he was elected a fellow of the Royal Society; in 1960 he received the Royal Medal of the society. Lovell was knighted in 1961 for his important contributions to the development of radio astronomy.

In 2009, Lovell claimed he had been the subject of a Cold War assassination attempt during a 1963 visit to the Soviet Deep-Space Communication Centre (Eupatoria). Lovell alleged that his hosts tried to kill him with a lethal radiation dose because he was head of the Jodrell Bank space telescope when it was also being used as part of an early warning system for Soviet nuclear attacks. Lovell wrote a full account of the incident which, at his determination, was only published after his death on August 6, 2012 at age 98.

At yovisto academic video search you can learn more about radio astronomy in the lecture of Prof. Walter Briskin from Princeton Institute of Advanced Studies on ‘AstroGPU – Real-time Digital Signal Processing in Radio-Astronomy’