You are here: Home › politics › The Case of the Chief of the General Staff Alfred Redl 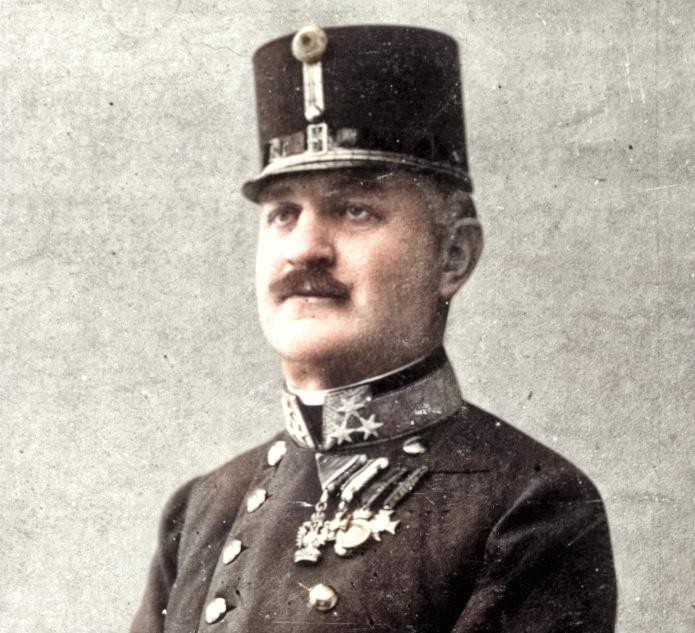 On May 25, 1913, officer of the Imperial Austrian army Alfred Redl committed suicide. Redl, who rose to head the counter-intelligence efforts of Austria-Hungary, was one of the leading figures of pre-World War I espionage. His term in office was marked by innovation, and he used advanced technology, for the time, to ensnare foreign intelligence agents. But he was himself a paid spy for the Russians. Claims that Redl also worked for the secret services of France and Italy have surfaced much later but they were neither confirmed nor disproved reliably.

The Intelligence Bureau of the Austro-Hungarian General Staff

Alfred Redl was born in Lemberg, Galicia, Austrian Empire (now Lviv, Ukraine), among 7 children into a relatively poor family, the son of Franz Redl, a railway clerk, and his wife Mathilde. After graduating from Unterrealschule at age 15, he entered k.k. Kadettenschule Karthaus, a military academy located in a suburb of Brünn. After his graduation in 1883, he served four years in an army regiment in Lemberg as Kadett-Offiziersstellvertreter, before being promoted to lieutenant, noted for his abilities with different languages. His ability enabled Redl to rise quickly within the officer ranks of the Austro-Hungarian Army, in spite of lacking the advantages of wealth or family connections. Redl attended the Imperial War School in Vienna, which normally accepted only 50 entrants a year from about a thousand applicants. Educated in German, he was Ukrainian by origin and spoke perfect Ukrainian, Polish and Russian, which seemed to have predestined him for intelligence operations against Russia. Redl joined the Intelligence Bureau of the Austro-Hungarian General Staff and in 1900 was assigned to the Russian Section.

By 1907 Redl had become head of the counter-intelligence branch of the Intelligence Bureau. Promoted to the rank of colonel, Redl greatly improved the methods used by the Austro-Hungarian counter-espionage service, introducing such technological innovations as the use of concealed cameras for surveillance and primitive recording devices such as early wax cylinders, while using dusting powder and creating a database of obtained fingerprint records of persons of interest, initiating a policy of intercepting mail, and training his agents in the methods of “shadowing”. However, at the same time, Redl himself became a spy for Russia and his subsequent exposure was largely due to the improvements he had developed himself.

From 1903 to 1913, Redl was the Russian Empire’s leading spy in the Austro-Hungarian empire. His motives for treason are still unclear. He may have been caught in a compromising position by Russian agents, because he was homosexual and being exposed as such would have been fatal to his career prospects. Actually, Russian military intelligence, based in Warsaw at the time, under the command of Colonel Nikolai Batyushin, had discovered Redl’s homosexuality as early as 1901, information that was used to blackmail him into revealing classified information. In 1902 he reportedly passed a copy of Austro-Hungarian war plans to the Russians. General von Gieslingen, Head of Austro-Hungarian military intelligence delegated Redl himself to investigate the source of this leak. In consultation with his Russian contacts Redl identified several low-level agents as Tsarist spies, thereby protecting himself and enhancing his reputation for efficiency.

One of History’s Greatest Traitors

Redl was paid well by the Russian government for his services, and acquired a lifestyle far beyond what his official salary could cover. It would appear that there was also a strong element of vanity involved, as well as a taste for danger. Before World War I Redl gave the Russians Plan III, the entire Austrian invasion plan for Serbia, along with its order of battle, its mobilization plans (in an age when mobilization could be the key to victory) and detailed plans of Austrian fortifications soon to be overrun by Russia.[3] As the Russians informed the Serbian military command accordingly, the Serbians were well prepared when the Austrians invaded the country. Redl not only provided much of Austria’s military secrets and plans, but he also supplied incorrect estimations of Russian military strength to his own military authorities. Redl has been called one of history’s greatest traitors because purportedly his actions were responsible for the deaths of half a million of his countrymen.

Redl is thought to have sold to Russia one of Austria’s principal attack plans, along with its order of battle, its mobilization plans (in an age when mobilization could be the key to victory) and detailed plans of Austrian fortifications soon to be overrun by Russia. He is known beyond question to have sent Austrian agents into Russia and then to have sold them out to St. Petersburg. He also had Austrian agents within the Russian Imperial Staff, but betrayed them too, to be hanged or to commit suicide.

At the beginning of W.W. I, when the Germans confiscated top-secret documents from Russian secret-service operations in Warsaw, the full extent of Redl’s treachery was revealed.[2] In 1912 Redl became chief of staff of the VIII Corps, under his old commander Arthur Giesl von Gieslingen. When he left the counter-intelligence service Redl was succeeded by Major Maximilian Ronge, a man trained by Redl himself. Ronge instigated the practice of checking suspicious mail. One suspect envelope – a poste restante letter to be returned unclaimed – was found to contain a large sum of money as well as references to known espionage cover addresses. On May 9, 1913, a duplicate letter with money was posted to the same cover name with police detectives assigned to monitor the post office and to follow whoever claimed it. When the letter was finally claimed on May 25, police first did not succeed to follow the suspect, who left in a taxi. With the help of the driver, who led the police to the hotel “Klomser” and the help of the hotel staff, the suspect could be identified as their former superior, Colonel Alfred Redl.

The Redl Affair had everything: sex, espionage, betrayal, a fall from greatness and a sensational climax in which Redl, repentant, with nobility now, went to his death like a figure of high tragedy. The Austrian General Staff, learning with horror of Redl’s treason, dispatched a delegation of four high-ranking officers. A Browning pistol was laid on Redl’s table, and the four officers waited in the street below for Redl to do the only honorable thing left and to commit suicide. The disgraced Redl left behind a note: “Passion and levity have destroyed me. I pay with my life for my sins. Pray for me.“[3] Redl’s death was regretted both by Emperor Franz Josef, who would have preferred that Redl avoid dying in mortal sin, and by Austrian Intelligence, which would have preferred to interrogate him on the exact extent of his betrayal.