You are here: Home › biology › Robert Yerkes – From Eugenics to Psychobiology 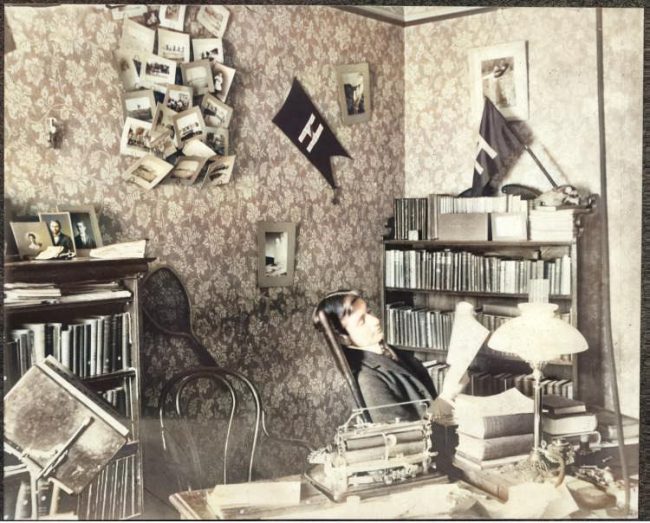 On May 26, 1876, American psychologist, ethologist, eugenicist and primatologist Robert Mearns Yerkes was born. Yerkes is known for his work in intelligence testing and in the field of comparative psychology. He is referred to as a principal developer of comparative (animal) psychology in the U.S. and pioneered in the study both of human and primate intelligence and of the social behavior of gorillas and chimpanzees.

Robert Yerkes first attended Ursinus College and received an offer from Harvard University to do graduate work in Biology. Even though Yerkes intended to become a physician, his enthusiasm shifted towards animal behavior. He then terminated his medical training in order to study comparative psychology. In 1902, Yerkes earned his his Ph.D. in the Psychology Department. In the following years, Robert Yerkes worked as an instructor at Harvard, he further taught general psychology at Radcliffe College and became the director of psychological research at the Boston Psychopathic Hospital, Boston as a part time job. The Dancing Mouse (1907) became Robert Yerkes’ first published book.

His examination of the intelligence performance of animals led him to measure human intelligence. Together with G.V. Hamilton he developed the multiple choice method, which they introduced in 1915 on the widespread ‘point scale’ for measuring mental skills. Robert Yerkes became the president of the American Psychological Association in 1917 and started several programs devoted to efforts in World War I. He developed the Army’s Alpha and Beta Intelligence Tests, the first nonverbal group tests, which were given to over 1 million United States soldiers during the war. Yerkes’ test revealed that the people who had recently immigrated to the United States achieved significantly lower scores that older waves of immigration from Europe. Later on, these results were highly criticized  since he clearly only measured acculturation, as the test scores correlated nearly exactly with the number of years spent living in the US. The effects of Yerkes work would have a lasting effect on American xenophobia and anti-immigrant sentiment. This work by Robert Yerkes was used as one of the eugenic motivations for harsh and racist immigration restrictions. He was appointed as an “Expert Eugenic Agent” to The House Committee on Immigration and Naturalization, where his work would contribute to the creation of the discriminatory National Origins Formula.

Yerkes was one of the founders of animal psychology. Early studies he made on the behavior of invertebrates. At the beginning of the 20th century he established the work with mice and rats in psychological laboratories with his experimental set-ups. Yerkes became further highly interested in the field of primate studies. During the 1920s, he observed chimpanzees in Cuba at Madame Abreu’s colony. After his return, Yerkes decided to raise and study chimpanzees on his own. Yerkes purchased to chimps which lived in a bedroom and ate with a fork at a miniature table. In the book ‘Almost Human‘ published in 1924 Robert Yerkes wrote about his life with the chimps. During the same year, Yerkes became professor of psychobiology at Yale University. He further founded the Yale University Laboratories of Primate Biology in New Haven as well as the Anthropoid Breeding and Experiment Station in Orange Park.

In his animal research, Yerkes took a comprehensive approach that included the anatomical and physiological principles in the investigation of their social behavior. His research soon set international standards. After his death, the laboratories were transferred to Emory University in Atlanta (Georgia) and are now called Yerkes National Primate Research Center. His successor in laboratory management and research was the biologist and psychologist Karl Lashley (1890-1958), who worked closely with Roger Sperry (1913-1994). Here a language was developed with Yerkish that enables communication between monkeys and humans.

Robert Yerkes died in 1956 and his lab was moved to Emory University in Atlanta, Georgia. Today it is called the Yerkes National Primate Research Center and there, the primate language Yerkish was developed.

Peter Smith: A short description of the work of Lewis Terman and Robert Yerkes, two of the pioneers of mental testing in the USA. [7]