You are here: Home › cinematography › D. W. Griffith’s Birth of a Nation 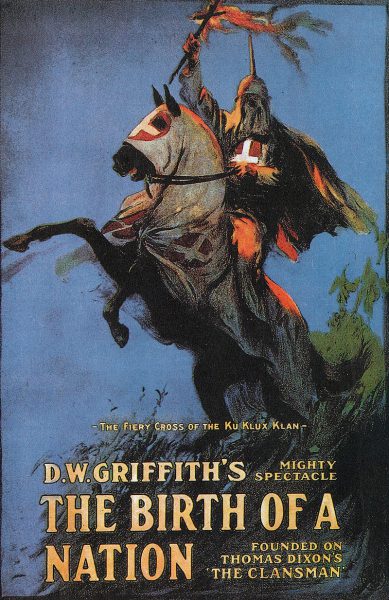 Theatrical release poster for The Birth of a Nation, 1915

On February 8, 1915, American silent epic drama film The Birth of a Nation, directed by D. W. Griffith, was released. Griffith’s innovative techniques and storytelling power have made The Birth of a Nation one of the landmarks of film history. The film chronicles the relationship of two families in the American Civil War and Reconstruction era over the course of several years.

“A film without a message is just a waste of time.”
— D.W. Griffith, as quoted in G.W. Bitzer in “Billy Bitzer: His Story.”

Griffith was the son Jacob “Roaring Jake” Wark Griffith, a Confederate army colonel in the American Civil War and elected as a Kentucky state legislator. Griffith began his creative career as an actor in touring companies. Griffith began making short films in 1908. He traveled to New York in an attempt to sell a script to Edison Studios producer Edwin Porter, who rejected Griffith’s script, but gave him an acting part. Finding this attractive, Griffith began to explore a career as an actor in the motion picture business. His short In Old California (1910) was the first film shot in Hollywood, California. Four years later he produced and directed his first feature film Judith of Bethulia (1914), one of the earliest to be produced in the United States. He formed a studio with the Majestic Studio manager Harry Aitken, known as Reliance-Majestic Studios (and was later renamed Fine Arts Studio). 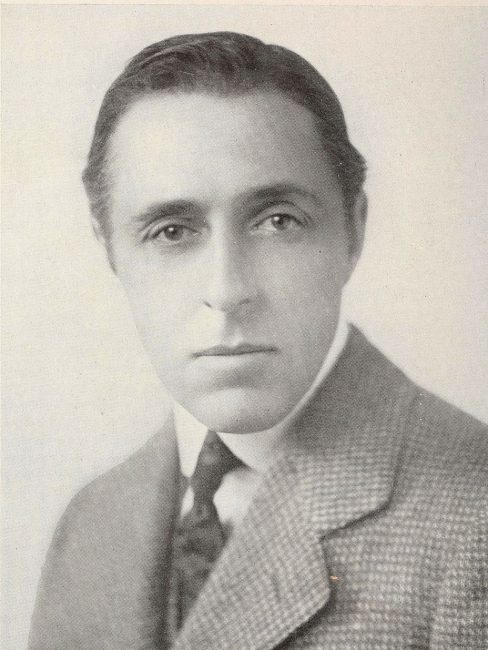 Through Reliance-Majestic Studios, Griffith directed and produced The Clansman (1915), which would later be known as The Birth of a Nation. Historically, The Birth of a Nation is considered important by film historians as one of the first feature length American films (most previous films had been less than one hour long), and it changed the industry’s standard in a way still influential today.

“Actors should never be important. Only directors should have power and place.”
– D.W. Griffith, as quoted on IMDB

The Birth of a Nation began filming in 1914 and pioneered such camera techniques as close-ups, fade-outs, and a carefully staged battle sequence with hundreds of extras made to look like thousands. It also contained many new artistic techniques, such as color tinting for dramatic purposes, building up the plot to an exciting climax, dramatizing history alongside fiction, and featuring its own musical score written for an orchestra. The film was based on former North Carolina Baptist minister Rev. Thomas Dixon, Jr.‘s novels The Clansman: An Historical Romance of the Ku Klux Klan and The Leopard’s Spots: A Romance of the White Man’s Burden, 1865-1900. Griffith’s budget started at US$40,000 (equivalent to $950,000 today) but rose to over $100,000 (the equivalent of $2,370,000 in constant dollars). West Point engineers provided technical advice on the Civil War battle scenes. They provided Griffith with the artillery used in the film.

Three hours long, the film was originally presented in two parts separated by an intermission; it was the first 12-reel film in America. D.W. Griffith’s epic tale of the American civil war, told primarily from the perspective of the South. The film chronicles the relationship of two families in the American Civil War and Reconstruction era over the course of several years: the pro-Union Northern Stonemans and the pro-Confederacy Southern Camerons. In 1860, two brothers, Phil and Ted Stoneman, visit their friends in Piedmont, South Carolina: the family Cameron. This friendship is affected by the Civil War, as the Stonemans and the Camerons must join up opposite armies. The story is heavily slanted in favor of the Confederates, who are noble and right, against the Yankees who are degenerate and without scruples. The consequences of the War in their lives are shown in connection to major historical events, like the development of the Civil War itself, Lincoln’s assassination, and the birth of the Ku Klux Klan.[1]

The film premiered on February 8, 1915, at Clune’s Auditorium in downtown Los Angeles. At its premiere the film was entitled The Clansman, but the title was later changed to The Birth of a Nation to reflect Griffith’s belief that the United States emerged from the American Civil War and Reconstruction as a unified nation. The box office gross of The Birth of a Nation is not known, and was long subject to exaggeration. At the end of 1917 Epoch reported to its shareholders cumulative receipts of $4.8 million, and Griffith’s own records put Epoch’s worldwide earnings from the film at $5.2 million as of 1919, although the distributor’s share of the revenue at this time was much lower than the exhibition gross. By 1940 Time magazine estimated the film’s cumulative gross rental (the distributor’s earnings) at approximately $15 million.

However, the film was a commercial success — It was the most profitable film for over two decades, until Disney’s Snow White and the Seven Dwarfs (1937) [4]–, though it was highly controversial for its portrayal of black men (some played by white actors in blackface) as unintelligent and sexually aggressive towards white women, and the portrayal of the Ku Klux Klan as a heroic force. There were widespread African-American protests against The Birth of a Nation, such as in Boston, while thousands of white Bostonians flocked to see the film. The NAACP (National Association for the Advancement of Colored People) spearheaded an unsuccessful campaign to ban the film for its racist and “vicious” portrayal of blacks, its proclamation of miscegenation, its pro-Klan stance, and its endorsement of slavery. Griffith’s indignation at efforts to censor or ban the film motivated him to produce Intolerance the following year. The film stirred new controversy when it was voted into the National Film Registry in 1993, and when it was voted one of the “Top 100 American Films” (at # 44) by the American Film Institute in 1998.[3]