You are here: Home › astronomy › Fritz Zwicky and the Existence of Dark Matter 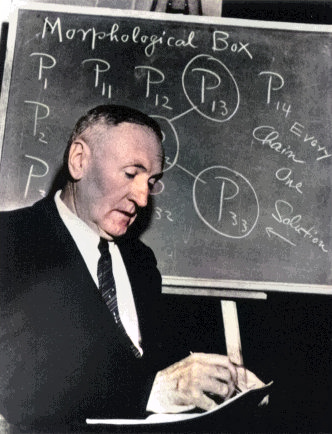 On February 14, 1898, Swiss astronomer Fritz Zwicky was born. He is best known for his proposal of he existence of dark matter and counts as one of the most important astronomers of the 20th century.

“To eliminate the discrepancy between men’s plans and the results achieved, a new approach is necessary. Morphological thinking suggests that this new approach cannot be realized through increased teaching of specialized knowledge. This morphological analysis suggests that the essential fact has been overlooked that every human is potentially a genius. Education and dissemination of knowledge must assume a form which allows each student to absorb whatever develops his own genius, lest he become frustrated. The same outlook applies to the genius of the peoples as a whole.” – Fritz Zwicky (1948)

Fritz Zwicky attended a grammar school in Zurich, Switzerland and enrolled at the ETH Zurich in order to study physics and mathematics afterwards. Zwicky became a research assistant around 1922 and worked at the California Institute of Technology in Pasadena starting from 1925. He received a scholarship by the Rockefeller Foundation. In California, he worked as a theoretical physicist and later astrophysicist at the observatories of Mt.Wilson and Palomar. [3]

He gained attention around 1933 when he coined the term ‘supernova‘ and theorized that they were most likely the transition of normal stars into neutron stars. In order to prove his hypthesis, Fritz Zwicky began hunting for supernovae. By the later 1930s, he is believed to have discovered more than a dozen of them. In his whole life, it is assumed that Zwicky discovered more than 120 supernovae. During World War II, Fritz Zwicky began to get active in Pasadena in rocket engineering. Also, he was known to establish a program for academic libraries that suffered from the war. In the later 1940s, Zwicky became the scientific director of the company Aerojet and worked on the improvement of engines, which resulted in several patents. [1]

Fritz Zwicky is by many remembered as the father of Dark Matter  even though this has been a topic of discussion. Zwicky first recognized that in rich clusters of galaxies, a large portion of the matter is not visible. In 1933, he published a scientific work, estimating that “the total mass of the COMA cluster of galaxies from the motions of the galaxies within that cluster. Using the virial theorem he came to the conclusion that the galaxies were on average moving too fast for the COMA cluster to be held together only by the mass of the visible matter:

“In order to receive an average Doppler effect of 1000 km/s or more, which is what we have observed, the average density in the COMA system would have to be at least 400 times greater than that of visible matter. If this can be shown to be the case, then it would have the surprising result that dark matter is present in the Universe in far greater density than visible matter.”

It has been argued that Fritz Zwicky’s analysis was deduced from limited statistics, but still, his estimation results were considered reasonable. Zwicky’s estimates were off by more than an order of magnitude, mainly due to an obsolete value of the Hubble constant. The same calculation done today shows a smaller factor than the one Zwicky proposed back in the 1930s, based on greater values for the mass of luminous material. However, it is still clear that the great majority of matter appears to be dark.[4] By that time, he also made first considerations about the appearance of galaxies as gravitational lenses, after Einstein had thought only of stars in this effect and thus considered it too small to be observable. 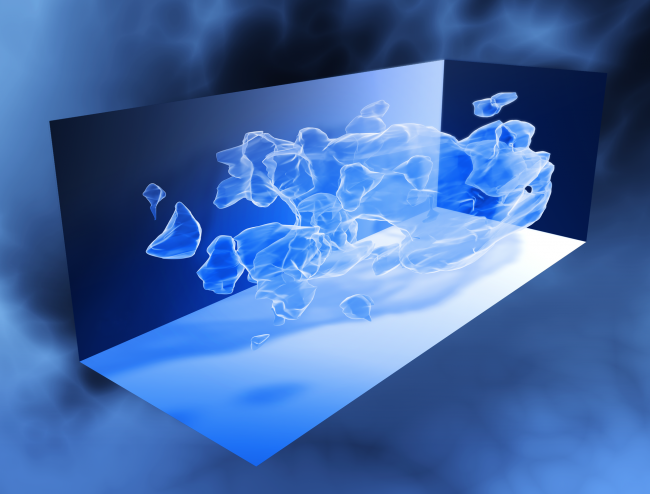 3D map of the large-scale distribution of dark matter, reconstructed from measurements of weak gravitational lensing with the Hubble Space Telescope

On 16 October 1957 – eleven days after the launch of the first Soviet satellite Sputnik – Zwicky succeeded in using an aerobe rocket and a directed explosive charge to transport a small ball of about one centimetre diameter as Artificial Planet No. Zero into space in such a way that it no longer falls back to earth.[7] During his lifetime, Fritz Zwicky was known to be a great speaker and was invited for talks numerous times. He was an original thinker, and his contemporaries frequently had no way of knowing which of his ideas would work out and which would not. An anecdote often told of Zwicky concerns an informal experiment to see if he could reduce problems with turbulence hindering an observation session one night at Mount Wilson observatory. He told his assistant to fire a gun out through the telescope slit, in the hope it would help to smooth out the turbulence. No effect was noticed, but the event shows the kind of lateral thinking for which Zwicky was famous. Zwicky also published a tremendous amount of scientific works. More than 500 publications were made by Zwicky including his ‘Morphological Astronomy‘ from 1957 and he was honored for his contributions to astronomy around the globe. In 1972, Fritz Zwicky received the gold medal by the Royal Astronomical Society in London. [1]