You are here: Home › physics › Thomas Gold and the Steady-State Theory 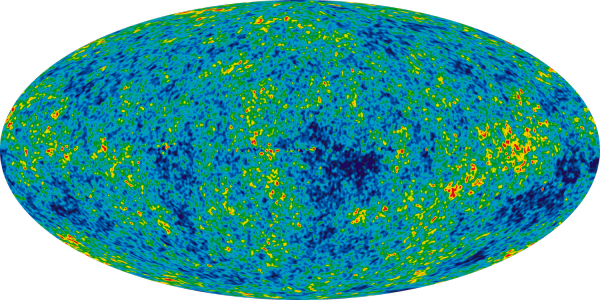 On May 22, 1920, Austrian-born American astrophysicist Thomas Gold was born. Gold was one of three young Cambridge scientists who in the 1950s proposed the now mostly abandoned ‘steady state‘ hypothesis of the universe. His work crossed academic and scientific boundaries, into biophysics, astronomy, aerospace engineering, and geophysics.

Thomas Gold was born in Vienna, Austria to Max Gold, a wealthy Jewish industrialist (pre-war) who ran one of Austria’s largest mining and metal fabrication companies, and German former actress Josefine Martin. Gold and his family traveled through Europe a lot during his childhood, mostly because of the political situation. He was educated in Switzerland first and then entered Trinity College, Cambridge in 1939. There he began studying mechanical science. however, Thomas Gold was sent to an internment in a camp in Canada for about 15 months. Afterwards, he returned to Cambridge and evoted his professional time to physics. He started working as a agricultural laborer and lumberjack in northern England before joining Hermann Bondi and Fred Hoyle on naval research into radar ground clutter near Dunsfold, Surrey.[3,4]

Later, Gold was placed in charge of constructing new radar systems and determined how landing craft could use radar to navigate to the appropriate landing spot on D-Day. He also discovered that the German navy had fitted snorkels to its U-boats, making them operable underwater while still taking in air from above the surface. After the war, Thomas Gold began working at Cambridge’s Cavendish Laboratory to help construct the world’s largest magnetron. He also studied the effect of resonance on the human ear. In 1946 he received his Master of Science degree with a thesis on the mechanisms of pitch discrimination in the ear, according to which the ear and not the brain discriminates pitches. In 1952 Gold came to the Royal Greenwich Observatory and became assistant to the Royal Astronomer. There he worked, among other things, on the development of the measles, an amplifier for microwaves for use in radio telescopes. In 1955 Gold predicted that the lunar surface was of a fine powdery consistency, which was doubted by many experts at the time, but was confirmed after the moon landing. In 1956 he became Professor of Astronomy at Harvard University.

Together with Hoyle and Bondi, Thomas Gold began discussing issued over redshift and Hubble’s law. They started questioning the Big Bang Theory, which suggested that the universe expanded from an extremely dense and hot state and continues to expand today. Gold however explained that there was reason to think that the creation of matter was “done all the time and then none of the problems about fleeting moments arise. It can be just in a steady state with the expansion taking things apart as fast as new matter comes into being and condenses into new galaxies“. 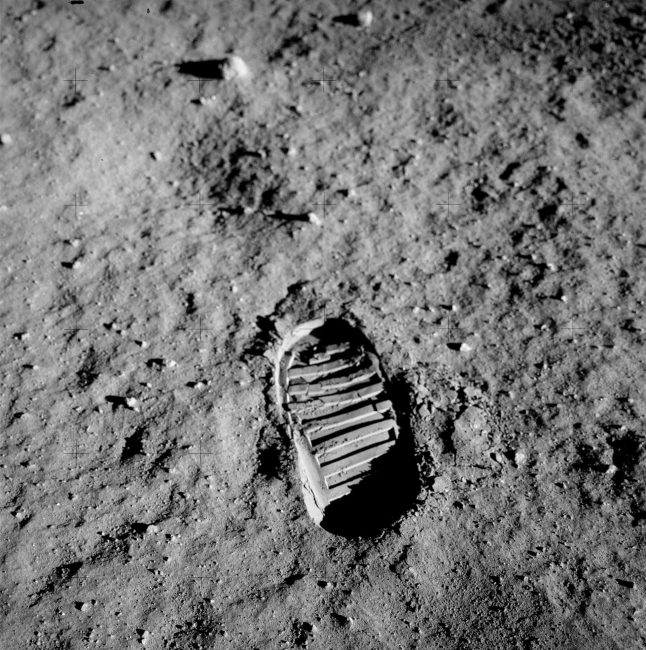 Bootprint of Lunar Module Pilot Buzz Aldrin on the surface of the Moon. Aldrin photographed this bootprint on July 20, 1969, as part of investigations into the soil mechanics of the lunar surface.

An Homogeneous and Isotropic Universe

The scientists published several scientific works on the matter. They proposed the perfect cosmological principle as the underpinning of their theory, which held that the universe is homogeneous and isotropic in space and time. On the large scale, they argued that there “is nothing outstanding about any place in the universe, and that those differences which do exist are only of local significance; that seen on a large scale the universe is homogeneous.”

However, since the universe was not characterized by a lack of evolution, distinguishing features or recognizable direction of time, they postulated that there had to be large-scale motions in the universe. They highlighted two possible types of motion: large-scale expansion and its reverse, large-scale contraction. They estimated that the creation of matter would keep the density of the universe constant as it expanded. Gold and Bondi also stated that the issues with time scale that had plagued other cosmological theories – such as the discrepancy between the age of the universe as calculated by Hubble and dating of radioactive decay in terrestrial rocks – were absent for the Steady State theory.[5]

In 1968/69 Gold also was the first physicist to suspect that neutron stars rotating behind pulsars were his most famous discovery. At first, however, a conference rejected his lecture as so absurd that it was not even considered worth discussing. Since many of Gold’s theses were initially hostile to experts, he developed a critical attitude towards the scientific peer review system, behind which he saw a “herd instinct”. Instead, he proposed a “science court”, which would be staffed with scientists from different disciplines and yet would still have sufficient expertise to be able to assess a topic in question from different perspectives. In 1960 Thomas Gold established the “Cosmic Garbage” theory. In it he ventilated the possibility that extraterrestrial space travelers may have visited Earth a long time ago and unintentionally brought life to Earth with their leftover waste.

Problems with the Steady State Theory

The problems with the Steady State theory began to emerge around the 1960s. Observations supported the idea of a constantly changing universe. It is believed that most refutation of the steady-state theory came with the discovery of the cosmic microwave background radiation in 1965, which was predicted by the Big Bang theory. Hermann Bondi then began to admit that the theory had been disproved, but Hoyle and Gold remained unconvinced for a number of years.

His last controversies Thomas Gold fought out in the geological field. Gold suspected that crude oil and natural gas were not formed by the decomposition of organic material under anaerobic conditions, as is common wisdom, but rather that large quantities of hydrocarbons had been present at great depths since the formation of the earth and that they formed the – in his view almost inexhaustible – natural gas and oil deposits when escaping in the earth’s crust (“Deep Earth Gas Hypothesis“). Among other things he attributed the origin of earthquakes to rising gases. Later he modified his theory to the effect that the entire upper earth’s crust down to a depth of about 10 km was populated by bacteria or archaeae (“deep hot biosphere“). Oil and gas on earth were metabolic products of hydrocarbon-utilizing, thermophilic and pressure-resistant bacteria in the earth’s crust. He tried to prove his hypothesis in 1986 at a test drilling in Sweden (in Siljansring, an old meteorite crater), but due to unfavourable circumstances could not provide the necessary clear evidence. While his theory of the origin of oil is ignored by the majority of western geologists, there is increasing evidence for the existence of microorganisms at great depth. The degradation of hydrocarbons by anaerobic microorganisms has also been confirmed