You are here: Home › cinematography › Fred Zinnemann – From High Noon to The Day of the Jackal 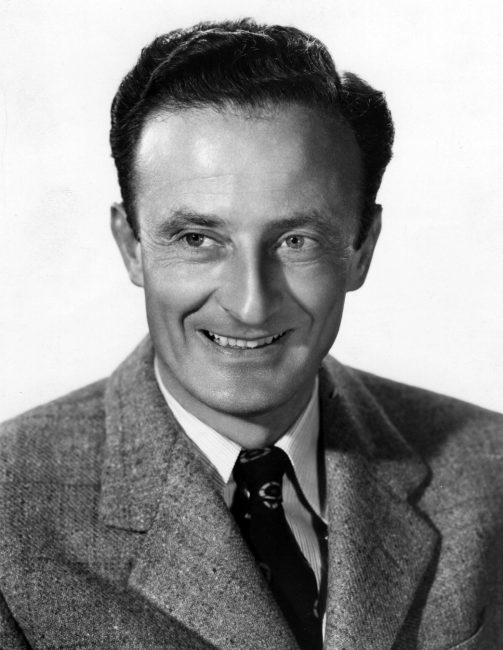 On April 29, 1907, Austrian-born American film director Alfred “Fred” Zinnemann was born. Fred Zinnemann won four Academy Awards for directing films in various genres, including thrillers, westerns, film noir and play adaptations. He was among the first directors to insist on using authentic locations and for mixing stars with civilians to give his films more realism.

“I’m not in pictures to promote my private personality. I’m in it for the joy of it.”
— Fred Zinnemann

Fred Zinnemann, son of a doctor, was born to a Jewish family in north-eastern Austria-Hungary and grew up in the 3rd district of Vienna. In his youth he was close friends with the later Hollywood director Billy Wilder,[1] with whom he occasionally went to the same class and stayed in contact for a lifetime. Zinnemann graduated from the Franz-Joseph-Gymnasium Stubenbastei in 1925 and began to study law after initially being interested in a musical education.

In 1927, after great resistance from his parents and relatives in Paris, he took up camera training at the Ecole Technique de Photographie et de Cinématographie. From 1928 he worked in Berlin, in 1929 he was camera assistant in a silent movie with Marlene Dietrich. He completed his third camera assistant in the summer of 1929 with the film Menschen am Sonntag (People on Sunday) by Edgar G. Ulmer and Billy Wilder, “the soon-to-be-famous outsider production of the Siodmak brothers”.

Zinnemann left Germany in October 1929 and went to Hollywood. There he worked as an assistant director and short film director. He had an appearance as a small actor in the feature film All Quiet on the Western Front,[2] but there was no acting career. Zinnemann first became assistant to the Austrian director Berthold Viertel and met Robert J. Flaherty through him. He arranged for Zinnemann to direct his first documentary feature film The Wave (Redes) about the exploitation of Mexican fishermen. The film, in which the photographer Paul Strand took part, was made between 1934 and 1936. Zinnemann became an American citizen in 1936 and began his career in the short film department of Metro-Goldwyn-Mayer (MGM) in 1937. He received his first Oscar in 1938 for his third short film That Mothers Might Live about the Hungarian doctor Ignaz Semmelweis.[3]

In the 1940’s Zinnemann could finally turn to the feature film after his first successes. During the Second World War he was lent by MGM to the producer Lazar Wechsler.  He graduated to features in 1942, turning out two crisp B mysteries, Eyes in the Night and Kid Glove Killer before getting his big break with The Seventh Cross (1944), starring Spencer Tracy, which became his first hit. The film was based on Anna Seghers‘ novel and,[4] while filmed entirely on the MGM backlot, made realistic use of refugee German actors in even the smallest roles. After World War II, Zinnemann learned that both of his parents had died in the Holocaust. During this time he also wrote The Search which was awarded with two Oscars and secured his position in the Hollywood establishment. Shot in war-ravaged Germany, the film stars Montgomery Clift in his screen debut as a GI who cares for a lost Czech boy traumatized by the war. Until 1948 Zinnemann worked for MGM, afterwards he shot for several American studios. He kept his independence later by producing his own movies.

High Noon and From Here to Eternity

In 1951 Zinnemann shot his perhaps most famous film, the western classic High Noon. The film received four Oscars in 1953 and earned Zinnemann the Best Director of the Year Award from the New York film critics.  With its psychological and moral examinations of its lawman hero Marshall Will Kane, played by Gary Cooper and its innovative chronology whereby screen time approximated the 80-minute countdown to the confrontational hour, the film broke the mold of the formulaic western. Working closely with cinematographer and longtime friend Floyd Crosby, he shot without filters, giving the landscape a harsh “newsreel” quality that clashed with the more painterly cinematography of John Ford‘s westerns.[5] Zinnemann’s next film, From Here to Eternity (1953), based on the novel by James Jones, was nominated for 13 Academy Awards and would go on to win 8, including Best Picture and Best Director. Zinnemann fought hard with producer Harry Cohn to cast Montgomery Clift as the character of Prewitt, although Frank Sinatra, who was at the lowest point of his popularity, cast himself in the role of “Maggio” against Zinnemann’s wishes. The famous scene in The Godfather, in which a film producer finds the decapitated head of his favourite horse in his bed, refers to a real incident in connection with a Zinnemann film project. Frank Sinatra, who sought and cultivated close contacts with the American Cosa Nostra, is said to have been similarly cast for From Here to Eternity.

Zinnemann rounded out the 1950s with The Nun’s Story (1959), casting Audrey Hepburn in the role of Sister Luke, a nun who eventually gives up the religious life to join the Belgian resistance in the Second World War. The Sundowners (1960), starring Robert Mitchum and Deborah Kerr as an Australian outback husband and wife, led to more Academy Award nominations,, but won none. Zinnemann’s fortunes changed once again with A Man for All Seasons (1966), scripted by Robert Bolt from his own play and starring Paul Scofield as Sir Thomas More, portraying him as a man driven by conscience to his ultimate fate. The film went on to win six Academy Awards, including Best Picture, Best Actor (Scofield) and Best Director, Zinnemann’s second such Oscar to date.

The Day of the Jackal

However, Universal then offered him the chance to direct The Day of the Jackal (1973), based on the best-selling suspense novel by Frederick Forsyth. The film starred Edward Fox as an Englishman who is relentlessly driven to complete his mission to try to kill French president Charles de Gaulle, and Michael Lonsdale as the French detective charged with stopping him. Zinnemann was intrigued by the opportunity to direct a film in which the audience would already be able to guess the ending (the Jackal failing his mission), and was pleased when it ultimately became a hit with the public.

Fred Zinnemann is often regarded as striking a blow against “ageism” in Hollywood. The apocryphal story goes that, in the 1980s, during a meeting with a young Hollywood executive, Zinnemann was surprised to find the executive didn’t know who he was, despite having won four Academy Awards, and directing many of Hollywood’s biggest films. When the young executive callowly asked Zinnemann to list what he had done in his career, Zinnemann delivered an elegant comeback by reportedly answering, “Sure. You first.” In Hollywood, the story is known as “You First,” and is often alluded to when veteran creators find that upstarts are unfamiliar with their work.

But Fred Zinnemann was not a typical Hollywood filmmaker. Only a fraction of his career, which lasted almost six decades, he spent in Hollywood. Nevertheless he enabled later Hollywood stars like Montgomery Clift, Marlon Brando, Grace Kelly, Rod Steiger, Meryl Streep to make their first appearances in his movies during this period. Zinnemann was awarded an Oscar five times, was nominated six more times and is regarded as one of the best directors of the 20th century.