You are here: Home › history › Behold the First Commercial Computer (in the US) – the UNIVAC I 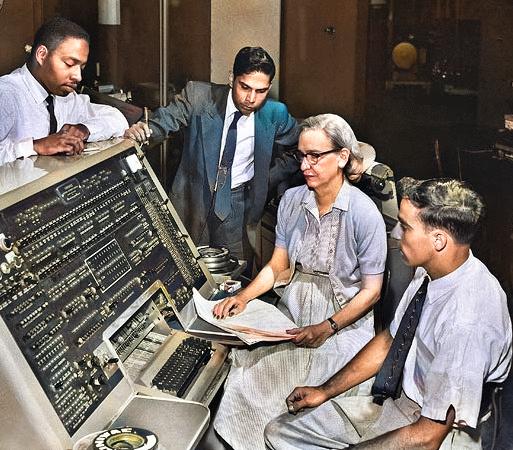 On June 14, 1951 the very first electronic computer produced in series (and in the United States), the UNIVAC I (Universal Automatic Computer) was delivered to the US States Census Bureau at the price of $1.6 Mio. It was designed principally by J. Presper Eckert and John Mauchly,[1,2] the inventors of the first general-purpose electronic computer, the ENIAC.[2] Design work was begun by their company, Eckert–Mauchly Computer Corporation, and was completed after the company had been acquired by Remington Rand (which later became part of Sperry, now Unisys). But, the first UNIVAC I was not actually shipped until the following December, because, as the sole fully set-up model, it was needed for demonstration purposes, and the company was apprehensive about the difficulties of dismantling, transporting, and reassembling the delicate machine. As a result, the first installation was with the second computer, delivered to the Pentagon in June 1952.

Too Expensive for Most Universities

The initial price of $159,000 for the UNIVAC I climbed to $1.5 million, too high for most universities, and Sperry Rand, unlike companies such as IBM, was not strong enough financially to afford to give many away. However Sperry Rand donated UNIVAC I systems to Harvard University (1956), the University of Pennsylvania (1957), and Case Institute of Technology in Cleveland, Ohio (1957). 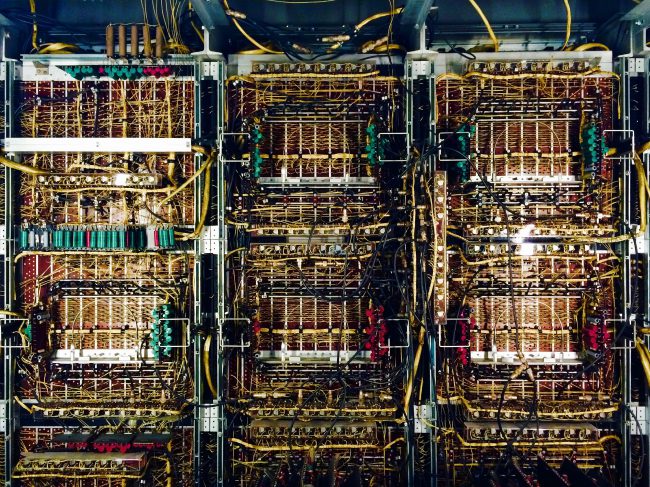 Internal view of UNIVAC I

UNIVAC I used 5,200 vacuum tubes, weighed 13 tons, consumed 125 kW, and could perform about 1,905 operations per second running on a 2.25 MHz clock. The Central Complex alone (i.e. the processor and memory unit) was 4.3 m by 2.4 m by 2.6 m high. The complete system occupied more than 35.5 m² of floor space. Overall, computation wasn’t really fast concerning today’s standards. Addition time was 525 microseconds and the multiplication time was 2150 microseconds. The main memory contained 1000 words with twelve decimal places (including one place for the sign). The command list contained 45 different commands, whereby two commands were each encoded in one word.

Delay lines were used for dynamic data storage. They consisted of a mercury tube, at both ends of which an oscillating quartz was attached. If the quartz was stimulated to oscillate by a short current surge, the generated ultrasonic waves propagated in the mercury at a propagation speed of two kilometres per second. After a corresponding delay time, the pressure rise of the waves at the other crystal generated a voltage rise. If the transmitting quartz was now refreshed with corresponding current pulses synchronously to the clock of the calculator (analog to the DRAM), a serial bit pattern of a certain length could circulate in mercury for as long as desired. In this way, mercury is stored by sound waves.

Eckert and Mauchly were uncertain about the reliability of digital logic circuits and little was known at the time. The UNIVAC I was designed with parallel computation circuits and result comparison. In practice, only failing components yielded comparison faults as their circuit designs were very reliable. Tricks were used to manage the reliability of tubes. Prior to use in the machine, large lots of the predominant tube type 25L6 were burned in and carefully tested. Often half of a production lot would be thrown away. Technicians installed a tested and burned-in tube in an easily diagnosed location such as the memory recirculate amplifiers. Then, when aged further, this “golden” tube was sent to stock to be used in a difficult to diagnose logic position. It took about 30 minutes to turn on the computer as all filament power supplies were stepped up to operating value over that time, to reduce in-rush current and thermal stress on the tubes. As a result, uptimes (MTBF) of many days to weeks were obtained on the processor. The UNISERVO did not have vacuum columns but springs and strings to buffer tape from the reels to the capstan. These were a frequent source of failures.

A total of 46 UNIVAC I machines were built and delivered.