You are here: Home › music › Felix Mendelssohn – Child Prodigy of the Romantic Era 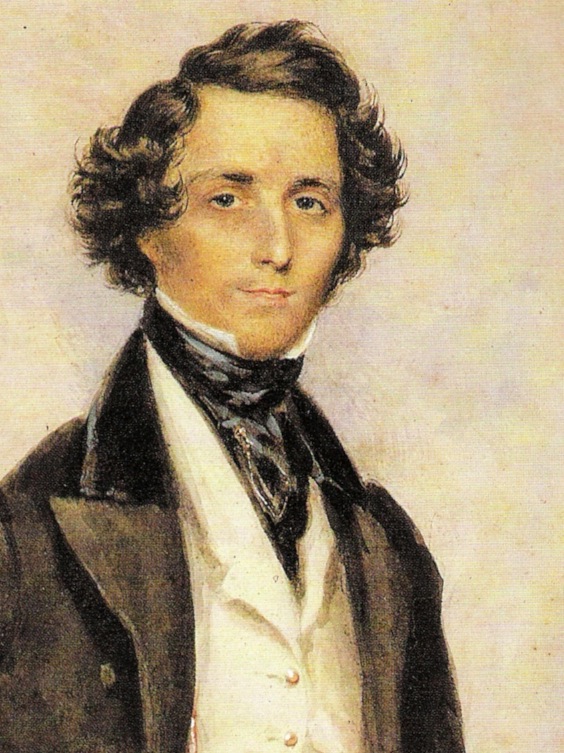 On November 4, 1847, the German composer, pianist, and organist of the Romantic era Felix Mendelssohn Bartholdy passed away. He is regarded as one of the most important Romantic musicians and, as a conductor, set new standards that continue to shape conducting to this day.

“People usually complain that music is so ambiguous, and what they are supposed to think when they hear it is so unclear, while words are understood by everyone. But for me it is exactly the opposite…what the music I love expresses to me are thoughts not to indefinite for words, but rather too definite.”
– Felix Mendelssohn

Felix Mendelssohn was born  on 3 February 1809, in Hamburg, Germany, to a family of intellectuals, who tried to give their children as much educational support as possible. Even though his parents first hesitated to letting their son begin a musical career, they noticed his huge talent. Due to his parent’s social status, the family often had many prominent visitors such as Wilhelm and Alexander von Humboldt, but most important for Felix Mendelssohn they invited numerous artists and musicians, who had a great influence in his later career.

Mendelssohn was lucky to receive a very intense musical education and was soon regarded as a child prodigy, just like Mozart in his early years.[5] He wrote his first symphony for a full orchestra at the age of 15 and composed several other piano quartets, and a dozen string symphonies. He was introduced to Johann Wolfgang von Goethe in 1821,[4] who became one of his greatest fans and had Mendelssohn set several of his poems into music. One of the most famous might be ‘The First Walpurgis Night‘. 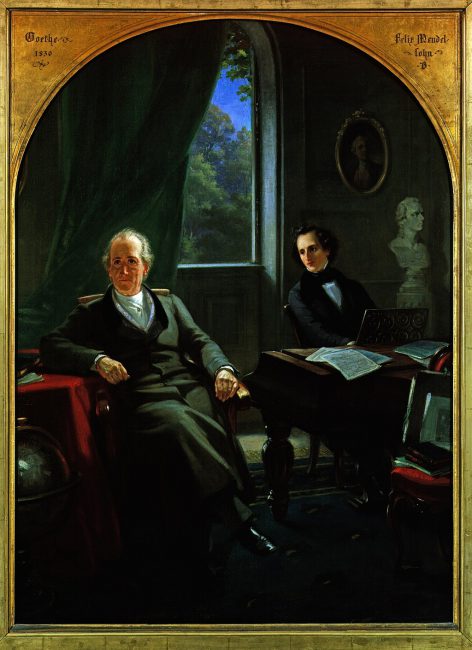 Felix Mendelssohn became a star at the age of 20, he traveled around Europe where everyone was stunned by the genius and introduced him to important figures in the community, providing him with numerous assignments. He worked for the revival of Johann Sebastian Bach,[8] who almost was forgotten as a composer in Germany and was able to conduct his very own Scottish Symphony with the Queen and Prince Albert in the audience. 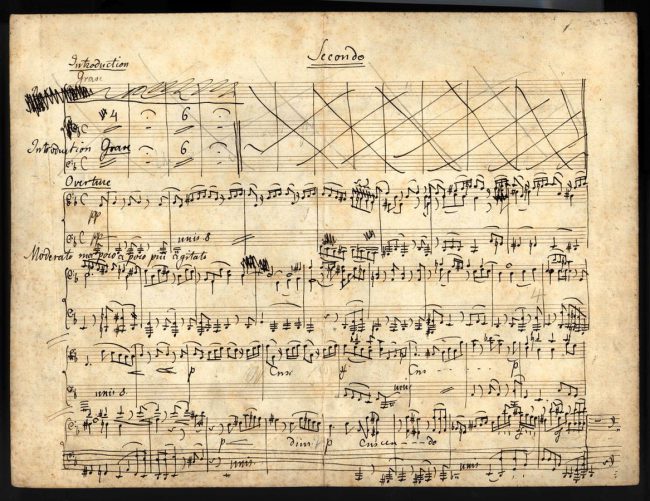 The Leipzig Gewandhaus Orchestra named Mendelssohn conductor in 1835, which he gratefully accepted even though he had several other offers. It was also in Leipzig, where he performed his oratorio ‘St. Paul’, which was seen as Mendelssohn’s masterpiece. In 1843, Mendelssohn founded the Conservatorium in Leipzig – the first conservatory in Germany – and opened it on April 3 in the buildings of the Gewandhaus. In the same year he was made an honorary citizen of the city of Leipzig. In 1844 he conducted six philharmonic concerts in London and performed his Midsummer Night’s Dream music.

Mendelssohn was a man always occupied with his work, which he mastered very cautiously and accurate and it may be the reason for his overall detachment from regular social happenings and sometimes the overworked genius even had so called fits where he talked continuously in English without any context and acting totally out of the order. The news of his sister Fanny’s death on May 14, 1847, came as a shock after his return from a travel to England. He withdrew from public life and spent several months on vacation in Switzerland and southern Germany. In Leipzig, he suffered his first stroke on October 9. After further strokes on October 25 and November 3, he lost consciousness and died at 9:24 p.m. on November 4, 1847, at age of only 38.

Mendelssohn was one of the most gifted piano virtuosos of his time. Even during his lifetime he was legendary for his improvisational skills. But despite his odd personality, the genius composer of the many operas, piano pieces, and organ musics is seen as one of the most important musicians of the Romantic era. The famous composer Ferruccio Busoni admired his work deeply and considered Mendelssohn as ‘a master of undisputed greatness’. Mendelssohn’s reception during his lifetime until today fluctuates between strong extremes. He was celebrated as a young composer, conductor, pianist, and organist who toured numerous European countries. In England, there was virtually a “Mendelssohn mania.” He was considered a driving force for a Bach renaissance, saved the genre of the oratorio, composed a number of undisputed masterpieces, and was given the nickname “Mozart of the 19th century” by Schumann.