You are here: Home › communication › Émile Baudot and his Improvements in Telecommunication 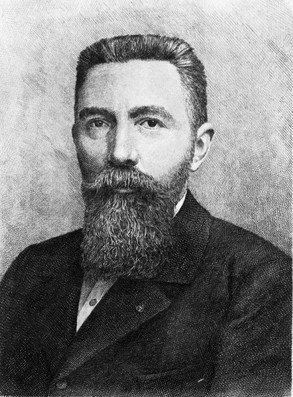 On September 11, 1845, French telegraph engineer and pioneer of telecommunication Émile Baudot was born. Baudot invented a multiplexed printing telegraph system, for which he invented the Baudot code, and allowed multiple transmissions over a single line. The baud unit was named after him.

The Modest Life of Émile Baudot

Baudot was born in Magneux, Haute-Marne, France, the son of farmer Pierre Emile Baudot, who later became the mayor of Magneux. In his youth he worked on his father’s farm. Until his entry into the French postal and telegraph administration on 16 July 1870, he lived a rural life that by no means predestined him for his later inventions. After joining the post and telegraph administration, he undertook everything he could to perfect his general training in electricity and mechanics in the face of the scientific side of his new profession. The limited free time he had at the Central Post Office in Paris was used by Baudot for scientific studies and research to improve telegraphic equipment. After his first successes, he was promoted to Controller in 1880. Encouraged by this, he decided to become an engineer. Without – as his childhood had taught him – neglecting his actual work, Baudot prepared himself for the examinations and took part in them successfully. In 1882, he was appointed test inspection engineer.

The aim of Baudot’s research and development was to improve the previously slow telegraphic transmission. Based on the findings of Carl Friedrich Gauss [5] and Wilhelm Eduard Weber, Baudot first developed the Baudot code named after him in 1870 (later “International Telegraph Alphabet No. 1 (ITA1), CCITT-1”). After the development of electric telegraphy and Morse code in the first half of the 19th century [6], possibilities were sought to enable simpler, direct transmission of text without having to have the text converted into a code by the operators in the telegraph stations for transmission. Engineers and inventors were anxious to develop procedures to have this code conversion carried out by the telegraph devices themselves, i.e. automatically. The aim was to transmit a letter (or any character) at once through telegraph lines.

For example, an attempt was made to transmit the information about the respective character by means of various voltages on a telegraph line. Other methods were devised which use 26 lines at the same time – one for each letter. Codes were also developed to reduce the number of voltages and lines required. Here, 5-bit and 6-bit codes in particular proved to be a favorable compromise. Émile Baudot succeeded – based on the developments already made – in developing a device which, using a 5-bit code, was not only able to print the telegram text directly onto a paper strip on the receiver side, but also to transmit several telegrams in a multiplex system simultaneously via a single telegraph line. 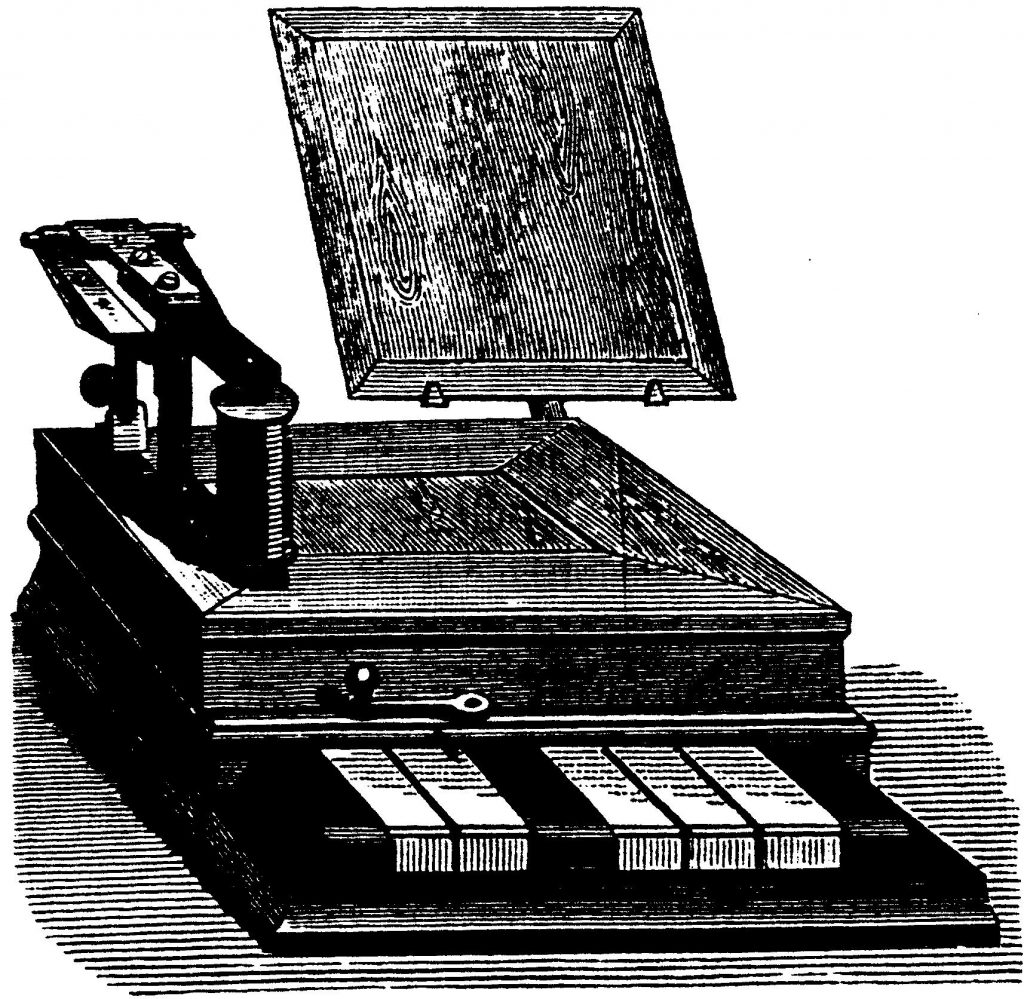 On 17 June 1874 Baudot was granted a patent under No. 103.898 with the title “System for fast telegraphy”. Using its 5-bit code, this telegraphy device was able to transmit two telegrams simultaneously via one line and print them directly as readable text on two different paper strips on the receiver side. Essentially, this device was based on printer details from David Edward Hughes‘ telegraphy device and a distributor invented by Bernard Meyer in 1871. Baudot combined these techniques including his own ideas, a 5-key keyboard that made it very easy to enter his 5-bit code. The device thus produced was the first to transmit signals in a system known today as synchronous time-division multiplexing to achieve multiple line utilization.

The Baudot system was adopted in 1875 by the French Post and Telegraph Administration. The first connection tests of its system were successfully carried out on 12 November 1877 between Paris and Bordeaux. At the end of 1877, the Paris-Rome link (about 1700 kilometres) was put into service by a double Baudot teleprinter system. From 3 January 1894, the Baudot telegraph operated the underground lines from Paris to Bordeaux with a triple teleprinter, which until then had been very unreliable with the Hughes teleprinter system. On April 27, 1894, Baudot established – again via a single line – the connection between the Paris and Milan stock exchanges and at the same time between the Central Post Office in Paris and that of Milan.

In all his research, Baudot received little support from the French Post and Telegraph Administration. He often had to finance his research out of his own pocket. In 1880, for example, he sold his large gold medal, which he was awarded at the 1878 World Exhibition in Paris. In 1879, Émile Baudot was awarded the French Legion of Honour Cross for his achievements. Baudot received the highest award for his work in his lifetime when he was appointed an officer of the French Legion of Honour in 1898. On 28 March 1903, Émile Baudot died at the age of 57 after a long illness.

In 1926, the unit for telegraphic walking speed was introduced and named Baud in his honor. The Baud unit is the number of symbols transmitted per second.