You are here: Home › art › The Quiet Moments of Edward Hopper 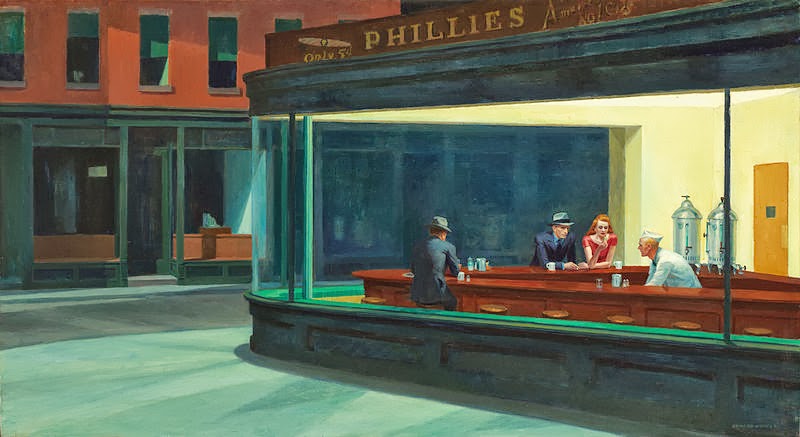 On July 22, 1882, prominent American realist painter and printmaker Edward Hopper was born. Popularly known for his oil paintings reflecting his personal vision of modern American life, he was equally proficient as a watercolorist and printmaker in etching. Hopper has become a modern icon and greatly inspired popular culture.

“My aim in painting has always been the most exact transcription possible of my most intimate impressions of nature. ”
– Edward Hopper, 1933

Edward Hopper was born in 1882 in Nyack/New York as the second child of Garret Henry Hopper and Elizabeth Griffiths Smith Hopper. Hopper’s early years were shaped by his love for foreign cultures and for drawing. He made political cartoons starting at a teenager and started oil paintings shortly after. The overall introverted appearance Hopper’s towards others changed when people saw his drawings, which were often humorous and serious at the same time. He used to create comic situations of women dominating men or he often illustrated the difficult conditions, immigrants used to live in. Still, in his self portraits he drew himself very skinny and inconspicuous. During these years of finding himself, Hopper was significantly influenced by the writings of Ralph Waldo Emerson, whose works he read multiple times.[5] 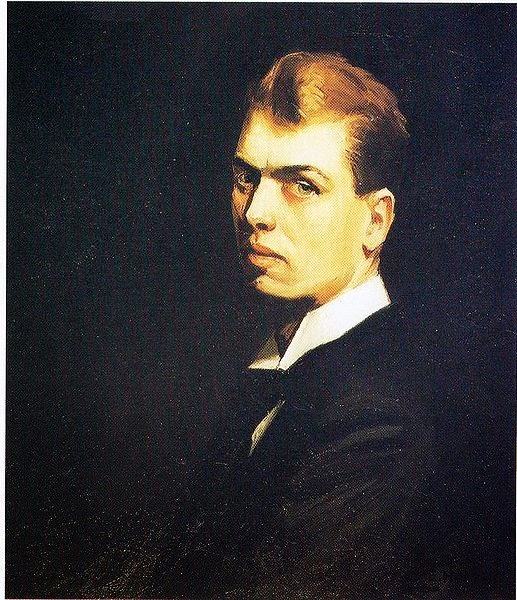 Edward Hopper studied Art in New York and created numerous self portraits but also many still lives, and landscapes. He switched to a darker color palette in the following years after travelling through Europe for a while. Still, he was not highly affected by contemporary European artists, many of them began experimenting with cubism while he preferred realist art. After his journeys, a period of emptiness followed. Sometimes, months passed by without Hopper finding something to paint and his friends like Walter Tittle hated to see him suffering. Hopper sold his first painting in 1913, titled Sailing, but the big breakthrough had to wait a bit longer. 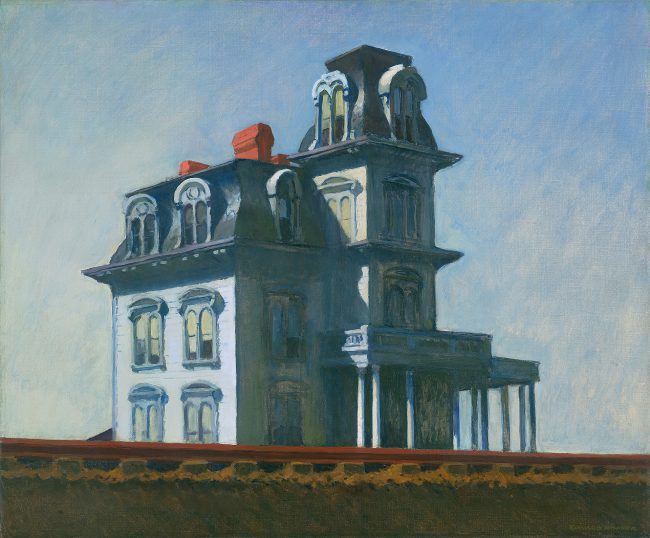 Edward Hopper “The House by the Railroad”

In the 1920’s, Hopper’s success finally set in. He got married and his wife, Josephine Nivison became his manager. He proved to be an amazing artist, dealing with American and European architecture, allowing him a financial stability though the great amount of paintings now sold. Although many artists had to suffer during the Great Depression, Hopper sold many paintings during these years and in 1933, the Museum of Modern Art finally gave Hopper his first large retrospective. The following years went by busy and Hopper created stunning works like Nighthawks, New York Movie, or Morning in a City.

Through his paintings, Hopper delivered the peace he probably experienced during painting his images. He was known to be a slow painter, working everything out in his mind and on sketches before actually painting them. He always paid much attention on the balance of a picture’s environment and the number and kind of people in it. He transported his moods through the variety of shadows and lights. Often people refer to works like Summertime, Early Sunday Morning, and Sun in an Empty Room when emphasizing his methods on figuring out lighting.

The House by the Railroad

Hopper did not see himself being part of any specific art school. He often painted common American life situations as well as sea and landscapes and urban architecture. One of Hopper’s most influential works for realism depicted the House by the Railroad, which was finished in 1925. It illustrates an isolated Victorian mansion and it often referred to as one of Hopper’s most mature paintings. The people he created in his works were mostly women in daily situations like in Moonlight Interior. The presumably best known works Hopper’s is Nighthawks, representing one of his famous group paintings. It is known for its cinematic viewpoint and the harsh light that contrasts the people and the restaurant from the dark outside. It is assumed that Ernest Hemingway‘s The Killers was the inspiration for this work.[6]

The moods Hopper delivered influenced the overall American cultural scene as well as several movies, such as Alfred Hitchcock‘s Psycho or Terrence Malick‘s Days of Heaven. Hopper became popular during his lifetime, and his fame lives until this day. Still, metropolis around the globe host Edward Hopper themed exhibitions and honor his achievements.[7] In 1960 Hopper explicitly turned against the dominance of abstract art in painting at that time. In the same year the Wadsworth Atheneum in Hartford (Connecticut) showed an exhibition of his works. In 1962 there was a retrospective at the Philadelphia Museum of Art; in 1964 a second one followed at the Whitney Museum of American Art in New York. On 15 May 1967 Edward Hopper died in his New York studio on Washington Square, where he had lived continuously since December 1913.