You are here: Home › medical science › The Contraceptive Pill – One of the Most Influential Inventions of the 20th Century 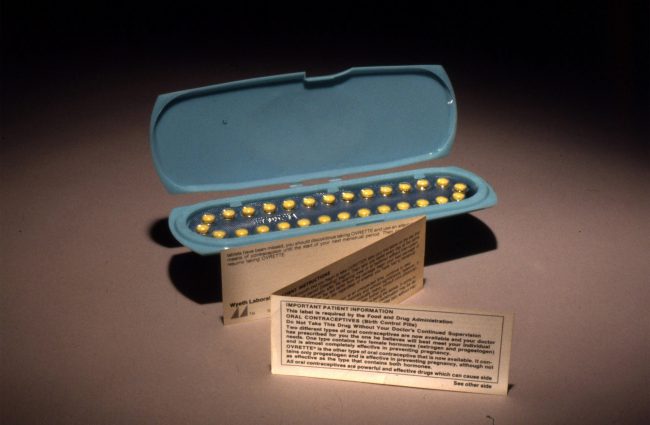 The History of Hormonal Oral Contraception

Even though the first contraceptive pill entered the U.S. market in the 1960’s, it was researched on many years before. In 1921, the Austrian physiologist Ludwig Haberlandt was the first to publish a concept of hormonal oral contraception. Before he could put his discoveries into practice, Haberlandt died in 1932 at the age of 47. Still, he is known as the father of hormonal contraception. One of the fathers of the contraceptive pill was the German gynecologist Carl Clauberg, who developed hormone preparations as part of his medical experiments in Block 10 of the Auschwitz concentration camp in cooperation with Schering-Kahlbaum AG. Clauberg was one of the world’s leading reproductive physicians at the time, an ambitious, up-and-coming physician who put himself at the service of the Nazi regime in order to make a scientific career. With his research, he created the basis for the birth control pill, and his work on birth control and infertility is still part of the medical canon today – without, however, making the connection to his medical experiments in Auschwitz.

In 1951, the chemist Carl Djerassi,[3] who emigrated from Vienna to the USA in 1939, Luis E. Miramontes and George Rosenkranz, researchers at the pharmaceutical company Syntex, synthesized norethisterone, the first orally active synthetic variant of progestin. Norethynodrel, developed by Frank B. Colton, who worked for  G. D. Searle & Company, was the second to follow shortly thereafter. On this basis, Gregory Pincus [4] and John Rock, supported by the women’s rights activist Margaret Sanger, developed Enovid, which Searle initially marketed from 1957 as a preparation for menstrual cramps. Prior to this, they tested the drug in San Juan in Puerto Rico on residents of the slums there. Over 200 of the women, most of whom were poor and had many children, volunteered; the drug was given free. On June 23, 1960, the FDA officially approved Enovid as a contraceptive, and on August 18, Enovid became the first birth control pill to be marketed in the United States.

However, in many countries the success of the new pill collided with the moral believes wherefore it was originally sold as a medicament fighting menstrual cramps. Still, the Catholic church tried to prevent the distribution of the pill just like any other contraceptive even though the organisation loosened its ‘regulations’ in the past years. In the encyclical Humanae vitae (on the transmission of human life) of July 25, 1968, Pope Paul VI stated that, against the background of respect for the natural moral law, “every conjugal act must remain intrinsically ordered toward the generation of human life“.[5,6] In society, the pill opened up new possibilities for women and enabled them to make own decisions on their bodies and their lives. The Economist called the birth control pill the invention that significantly shaped the 20th century. In 1965, five years after its initial approval, it was already being used by 41% of married women under 30 in the United States. It was not until 1972 that the decision in Eisenstadt v. Baird made it available to unmarried women in the United States.[7] By 1976, three-quarters of 18- and 19-year-old women were using oral contraceptives. With the introduction of the contraceptive pill, there has been a marked decline in birth rates in many industrialized nations, often described as the “pill bump”. The contraceptive pill meant more than just the ability to have or not to have a child to young women in the 1960’s. Birth control meant the freedom to be an equal member of society (at least it was a start) and it meant freedom to work and educate themselves before deciding to begin a family life, or not.