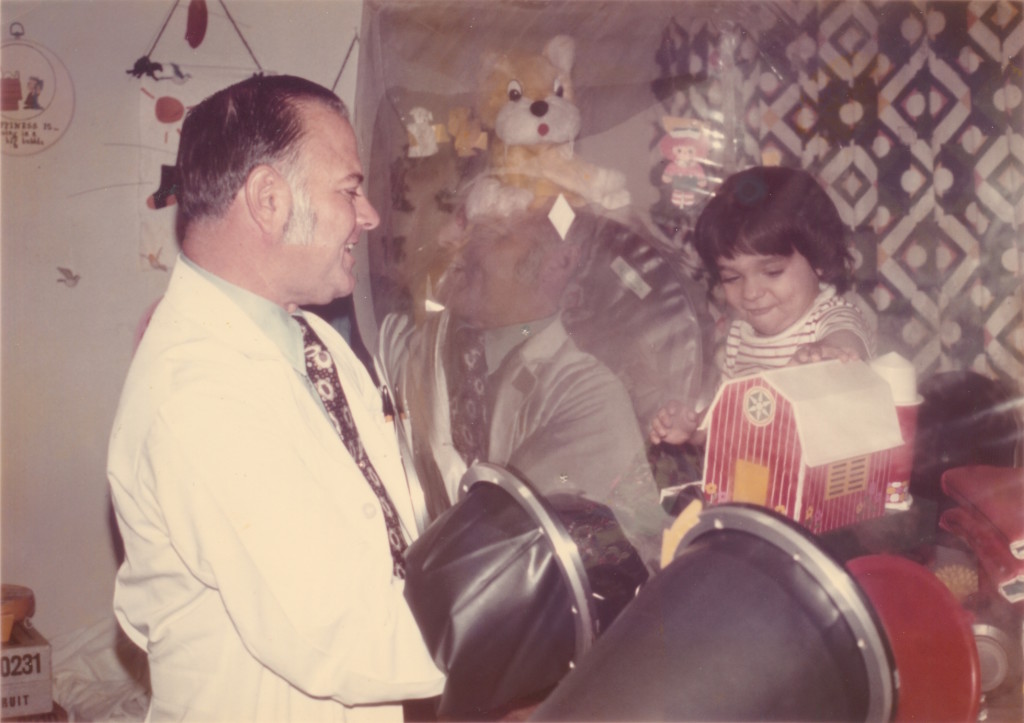 On September 21, 1971, David Phillip Vetter was born. He was a prominent sufferer of severe combined immunodeficiency (SCID), a hereditary disease which dramatically weakens the immune system. In the media, Vetter was referred to as “David, the bubble boy“, because he lived in a special sterilized plastic cocoon bubble from birth until he died at age 12.

Before David was born, his parents Carol Ann and David Vetter Jr. had their first son in 1970, who unfortunately died of Severe Combined Immunedeficiency Syndrome at the age of only 6 months. The Vetters were told by several doctors that the boy’s death may have been caused by a mutant gene, however, there was also the possibility that the defect might be carried on one of the mother’s X chromosomes. In the latter case, if the Vetters had another son, the odds were 50-50 that he, too, would be afflicted by SCIDS. The doctors also explained to Carol Ann and David Vetter Jr. that in case they chose to have another child (and it suffered from the illness) the baby could be placed in a sterile isolator to protect him from germs until a cure was found. Apparently, the doctors believed that finding a cure was just a matter of time and there was only little discussion on how long the boy could be kept in isolation and at that point no ethical questions were probably discussed.

Life in the Bubble

David Phillip Vetter was born on September 21, 1971, in a room at St. Luke’s Episcopal Hospital that had been cleaned several times in order to make it as germ-free as possible. Seconds after his c-section, David was placed in a sterile environment and later on, the boy was transferred to Texas Children’s Hospital where he started his life in a bubble made of polyvinyl chloride film, mounted with rubber gloves to handle the baby. 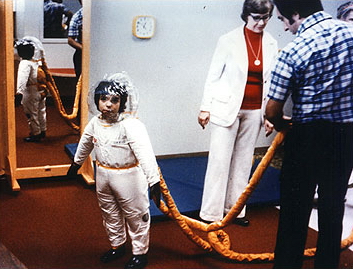 In 1974, a bubble was set up at his family’s home in Conroe so David could spend more time with his family. There, the three year old met his child psychologist Mary Murphy, who stayed on his side for the rest of his life. The psychologist who was about to finish her dissertation started examining David as he grew in the bubble. In the beginning, when Murphy asked David to define a tree, he “responded that it was a brown rectangle with a green oval on top”, which stunned her as his knowledge on geometry was great but his awareness of daily life so little. In general, David’s perception was sometimes described as one-dimensional, as he could never feel wind on his skin etc.

Murphy became one of David Vetter’s most trusted persons and she was often called when nurses and doctors at the hospital had troubles with his behavior, for instance, when he refused to enter his newly established play bubble. Mary Murphy spent a lot of time with David Vetter. She worked on her dissertation (on his wish) in his room while he read, did his homework or played as usual in his bubble.

However, even though the media always depicted a happy “bubble boy” who always smiled and played cheerfully, Murphy noticed that his hopelessness expanded over the years in which he had an increasing understanding of his situation. In his later years, Murphy reported David saying: “I am a mouse surrounded by ten cats, and there are no dogs to chase the cats away …. Where do you suppose I could get some legal advice?” Still, there were also some moments David Vetter could enjoy at least a little bit. In 1977, NASA developed a Mobile Biologistical Isolation System, which was a suit that allowed the boy to walk around outside the bubble. At first, it was very hard to get him into the suit as he worried there could still be germs and Mary Murphy helped him and gave him confidence. The day David climbed into the suit, he was able to walk more than six steps into the same direction for the first time in his life and he managed to hand a cup of ice to a nurse, which was the first time he had ever handed something to another person. David made around six journeys in his suit until he outgrew it. When it was replaced, he never wore the new suit.

Over a period of a few years, the medical team caring for David Vetter changed. Dr. Ralph Feigin and Dr. William Shearer eventually headed the team and it was Feigin who started the discussion to change David’s intolerable situation. His doctors had always hoped to correct his immune deficiency with a bone marrow transplant. Unfortunately, they failed to find a perfectly matching donor. Mary Murphy later reported from a meeting in June 1980 in which Feigin and Shearer tried to convince the family to remove David from the bubble and place him on a regime of gamma globulin and antibiotics hoping that he could develop an immune system. The Vetters rejected that procedure.

Four years later, advances in transplanting unmatched bone marrow were made and one month after David’s 12th birthday his older sister Katherine donated the marrow which was then introduced into David’s system. For a few months after the transplant, doctors got more and more positive that David could one day leave the bubble but in February, his situation got even worse and he had to leave the bubble to be given intensive care and he died on February 22. After his passing, Mary Murphy wrote a book about David Vetter’s life in a bubble, which she never published since his parents refused.

David Vetter’s case caused many discussions on the ethics of the procedures he had to go through. back in the 1970’s, ethics committees in hospitals were rare. In 1975, a group of doctors, theologians and further parties including Mary Murphy discussed the “project” and questions were asked. During the meeting, Dr. Robert Main said that “one day he will take a look at himself and decide he doesn’t want to be in there till he gets to be 15 years of age.” Still, Dr. Montgomery, one of David Vetter’s original doctors claimed that he would start a project like this again with another child. Raymond J. Lawrence also stated that “the team that did this didn’t think through this very well. They didn’t consider what would happen if they didn’t find an immediate cure. They operated on the assumption that you could live to be 80 years old in a bubble, and that would be unfortunate but okay.”