You are here: Home › biology › Gregory Pincus and the Contraceptive Pill 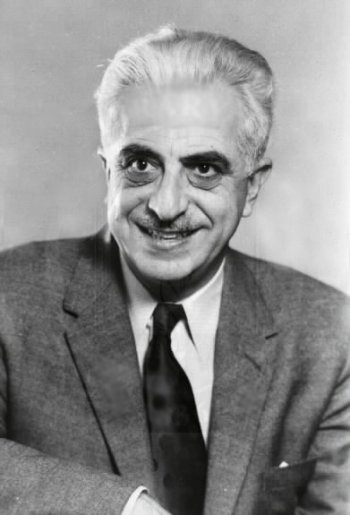 On April 9, 1903, American biologist and endocrinologist Gregory Goodwin Pincus was born. Pincus’ work on the antifertility properties of steroids led to the development of the first effective oral contraceptive: the birth-control pill.

Gregory Pincus was born in Woodbine, New Jersey and received a bachelor’s degree in agriculture from Cornell University. He became an instructor in zoology at Harvard University while also working toward his master’s and doctorate degrees. Later, Pincus performed research at Cambridge University in England and the Kaiser Wilhelm Institute for Biology with Richard Goldschmidt in Berlin where he performed research. Gregory Pincus became an instructor in general physiology at Harvard University in 1930 and was promoted in 1931 to an assistant professor.

Pincus probably started studying hormonal biology and steroidal hormones during his early years. First, he was mostly interested in the effect of hormones on mammals’ reproductive systems. His early experiments became known as ‘Pincogenesis‘ after removing the ovum from a mother rabbit and placing it in a solution mixture of saline and estrone. He then placed the ovum back into the rabbit. However, Pincus was misquoted in an interview and it was then believed that his experiment was the beginning of the use of in vitro for humans.

Gregory Pincus co-founded the Worcester Foundation for Experimental Biology in Shrewsbury, Massachusetts in the 1940s. He intended to continue his research of the relationship between hormones and diseases such as, but not limited to, cancer, heart disease, and schizophrenia. By the end of the 1960s, more than 300 international researchers came to participate in the Worcester Foundation of Experimental Biology. In the meantime, Pincus started to research infertility. In the 1950s, Pincus met Margaret Sanger and Abraham Stone, director of the Margaret Sanger Research Bureau and medical director and vice president of Planned Parenthood Federation of America. Pincus received a small grant to begin hormonal contraceptive research and confirmed that progesterone would act as an inhibitor to ovulation.

The first human trials were conducted soon. They were initiated on infertility patients of Dr. John Rock in Brookline, Massachusetts using progesterone in 1953 and then three different progestins in 1954. However, some women experienced side effects from the pill, Enovid, and Pincus was informed that the pill “gives one hundred percent protection against pregnancy [but causes] too many side reactions to be acceptable“. Their trials were expanded to Haiti, Mexico and Los Angeles despite high attrition rates, due to the large number of women eager to try this form of contraception. In May 1960, the FDA extended Enovid’s approved indications to include contraception.

Gregory Pincus has received a number of awards. Some of these awards include the Oliver Bird Prize in 1960, the Julius A. Koch Award in 1962, and the American Medical Association’s Scientific Achievement Award in 1967.

Gregory Pincus died in 1967 of myeloid metaplasia, a rare blood disease, in Boston, Massachusetts. He was 64 years old.