You are here: Home › medical science › Charles Richet and his Work on Anaphylaxis 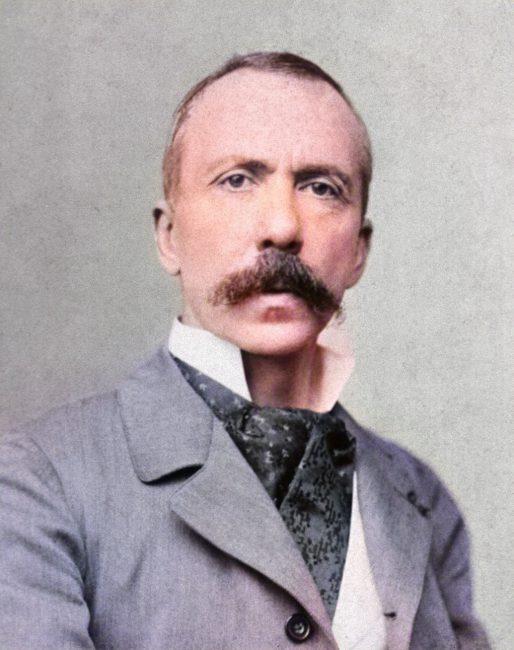 On August 26, 1850, French physiologist and Nobel Laureate Charles Robert Richet was born. Initially, he investigated a variety of subjects such as neurochemistry, digestion, thermoregulation in homeothermic animals, and breathing. He coined the term “anaphylaxis” meaning “against protection” to describe the subject of his research, when he found a second vaccinating dose of sea anemone toxin caused a dog’s death. Charles Richet won the Nobel Prize in recognition of his work on anaphylaxis in 1913.

Charles Richet – A Career in Research

Charles Richet was born in Paris as the son of Alfred Richet, Professor of Clinical Surgery at the local Faculty of Medicine and his wife Eugenie. Charles became a doctor of medicine himself in 1869 and almost ten years later, doctor of sciences. Richet spent a period of time as an intern at the Salpêtrière hospital in Paris, where he observed Jean-Martin Charcot‘s work with then so called “hysterical” patients.[5] He was appointed professor of physiology in the late 1880s at the Faculty of Medicine, Paris. Richet became the editor of the ‘Revue Scientifique‘ in 1878 and the co-editor of the Journal de Physiologie et de Pathologie Générale in 1917. During his career, Charles Richet published works on physiology, physiological chemistry, experimental pathology, normal and pathological psychology. In the field of physiology, Richet worked on a mechanism of the thermoregulation in homeothermic animals and in the field of experimental therapeutics, Charles Richet performed experiments on vaccination and tuberculosis.  Richet worked on a wide range of physiological questions. He began his work between 1885 and 1895 with research on the temperature regulation of animals at the same temperature, especially on the protection against overheating by sweating and the temperature increase during shivering. In experiments, he was able to show that antibodies against pathogens form in the blood after vaccination and performed the first serum vaccination on humans on December 6, 1890 at the Hôtel-Dieu (the oldest hospital in Paris). Among others, the French psychiatrist Édouard Toulouse developed together with him at the end of the 19th century the method of low-sodium nutrition, also named after them, to support bromine therapy in epilepsy (Toulouse-Richet method)

However, Charles Richet is best known for his research on anaphylaxis. In his experiments, Richet injected a dog with sea anemone toxin in an attempt to protect it. Even though the dog had previously tolerated the toxin, after re-exposing it three weeks later, the dog developed anaphylaxis. Thus instead of inducing tolerance (prophylaxis), when lethal responses resulted from previously tolerated doses, he coined the word anaphylaxis – without protection. He was able to show with Paul Portier that injected proteins could immediately and permanently change the composition of body fluids, especially blood. Richet was subsequently awarded the Nobel Prize in Physiology or Medicine. The research helped elucidate hay fever, asthma and other allergic reactions to foreign substances and explained some previously not understood cases of intoxication and sudden death.

In addition to his medical activities, he took great interest in spiritualism and wrote several novels. On the other hand, Richet also held a deep interest in extrasensory perception and hypnosis. In 1891, Richet founded the Annales des sciences psychiques. He kept in touch with renowned occultists and spiritualists of his time such as Albert von Schrenck-Notzing, Frederic William Henry Myers and Gabriel Delanne.  As a scientist, Richet was positive about a physical explanation for paranormal phenomena. He wrote:

“It has been shown that as regards subjective metapsychics the simplest and most rational explanation is to suppose the existence of a faculty of supernormal cognition … setting in motion the human intelligence by certain vibrations that do not move the normal senses.”
— Charles Richet, [6]

In 1894, Richet coined the term ectoplasm. Richet believed that some mediumship could be explained physically due to the external projection of a material substance (ectoplasm) from the body of the medium, but denied this substance had anything to do with spirits. He rejected the spirit hypothesis of mediumship as unscientific, instead supporting the sixth sense hypothesis. He hypothesized a “sixth sense”, an ability to perceive hypothetical vibrations, which he discussed in his 1928 book Our Sixth Sense. Although he believed in extrasensory perception, Richet did not believe in life after death or spirits

He was president of the Society for Psychical Research (from 1905). In 1914 he was elected member of the Académie des sciences. He had been a corresponding member of the Russian Academy of Sciences in St. Petersburg since 1912. However, Richet also was a proponent of eugenics, advocating sterilization and marriage prohibition for those with mental disabilities. He expressed his racist and eugenist ideas in his 1919 book La Sélection Humaine. From 1920 to 1926 he presided over the French Eugenics Society.