You are here: Home › physics › Charles Francis Richter and the Richter Scale 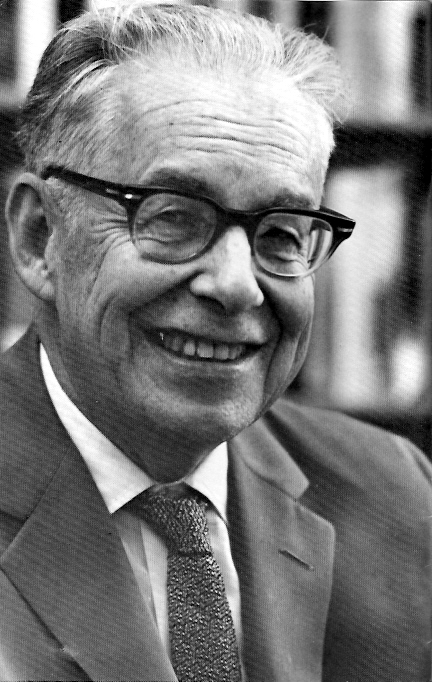 On April 26, 1900, American seismologist and physicist Charles Francis Richter was born. Richter is most famous as the creator of the Richter magnitude scale, which, until the development of the moment magnitude scale in 1979, quantified the size of earthquakes. Inspired by Kiyoo Wadati‘s 1928 paper on shallow and deep earthquakes, Richter first used the scale in 1935 after developing it in collaboration with Beno Gutenberg; both worked at the California Institute of Technology.

“Nothing is less predictable than the development of an active scientific field.” Charles Francis Richter

Charles Francis Richter was born in the small farming community Overpeck, Ohio, a child of German heritage, whose great-grandfather came from Baden-Baden (Baden-Württemberg, Germany) in 1848 due to political instability. Richter’s parents were divorced when he was very young and he grew up with his maternal grandfather, who moved the family to Los Angeles in 1909. After graduating from Los Angeles High School he attended Stanford University and received his A.B. in physics in 1920. In 1928, he began work on his PhD in theoretical physics from the California Institute of Technology, but, before he finished it, he was offered a position at the Carnegie Institute of Washington by physicist Robert Millikan.[4]

Designing a Scale to Measure Earthquakes

At this point, he became fascinated with seismology, i.e. the study of earthquakes and the waves they produce in the earth. Thereafter, he worked at the new Seismological Laboratory in Pasadena, under the direction of Beno Gutenberg. The Seismology Lab at the California Institute of Technology wanted to begin publishing regular reports on earthquakes in southern California and had a pressing need for a system of measuring the strength of earthquakes for these reports. In 1932, together, Richter and Gutenberg devised the scale that would become known at the Richter scale to fill this need, based on measuring quantitatively the displacement of the earth by seismic waves, as Kiyoo Wadati had suggested. They designed a seismograph that measured this displacement and developed a logarithmic scale to measure intensity. The name “magnitude” for this measurement came from Richter’s childhood interest in astronomy – astronomers measure the intensity of stars in magnitudes. Gutenberg’s contribution was substantial, but his aversion to interviews contributed to his name being left off the scale. After the publication of the proposed scale in 1935, seismologists quickly adopted it for use in measuring the intensity of earthquakes.

Mercally Scale vs. Richter and Gutenberg

At the time when Richter began a collaboration with Gutenberg, the only way to rate shocks was a scale developed in 1902 by the Italian priest and geologist Giuseppe Mercalli. The Mercalli scale uses Roman numerals and classifies earthquakes from I to XII, depending on how buildings and people responded to the tremor. A shock that set chandeliers swinging might rate as a I or II on this scale, while one that destroyed huge buildings and created panic in a crowded city might count as an X. The obvious problem with the Mercalli scale was that it relied on subjective measures of how well a building had been constructed and how used to these sorts of crises the population was. The Mercalli scale also made it difficult to rate earthquakes that happened in remote, sparsely populated areas. The scale developed by Richter and Gutenberg was instead an absolute measure of an earthquake’s intensity. Richter used a seismograph, an instrument generally consisting of a constantly unwinding roll of paper, anchored to a fixed place, and a pendulum or magnet suspended with a marking device above the roll, to record actual earth motion during an earthquake. The scale takes into account the instrument’s distance from the epicenter, or the point on the ground that is directly above the earthquake’s origin. Gutenberg suggested that the scale be logarithmic so an earthquake of magnitude 7 would be ten times stronger than a 6, a hundred times stronger than a 5, and a thousand times stronger than a 4. Events with magnitudes greater than 4.5 are strong enough to be recorded by a seismograph anywhere in the world, so long as its sensors are not located in the earthquake’s shadow. Minor earthquakes occur every day and hour. On the other hand, great earthquakes occur once a year, on average. The largest recorded earthquake was the Great Chilean earthquake of May 22, 1960, which had a magnitude of 9.5 on the moment magnitude scale.

Monitoring Seismic Activity around the Globe

In the late 1930’s Richter and Gutenberg monitored seismic activity across the globe. They paid particular attention to deep earthquakes, ones whose focus was more than 185 miles below the ground. They noticed that these deep earthquakes all ranked high on the Richter scale, an 8 or greater. They worked on locating the epicenters of all major earthquakes and classifying them geographically.[2]

Richter remained at the Carnegie Institute until 1936, when he obtained a post at the California Institute of Technology, where Beno Gutenberg worked, and where he would spent the rest of his career, eventually becoming professor of seismology in 1952. In 1941, Gutenberg and Richter published Seismicity of the Earth. Its revised edition, published in 1954, is considered a standard reference in the field. In 1958, he published Elementary Seismology based on his undergraduate teaching notes. As Richter never published in peer-reviewed scientific journals, that is often considered his most important contribution to seismology.

Richter spent 1959 and 1960 in Japan as a Fulbright scholar. Around this time in his career, he became involved in earthquake engineering through development of building codes for earthquake prone areas. The city government of Los Angeles removed many ornaments and cornices from municipal buildings in the 1960s as a result of Richter’s awareness campaigns. After the 1971 San Fernando earthquake, the city cited Richter’s warnings as important in preventing many deaths. Richter also helped establish the Southern California Seismic Array, a network of instruments used to not only track the intensity and origin of earthquakes, but also map their frequency.[2]