You are here: Home › physics › Nicolas Sadi Carnot and the Science of Thermodynamics 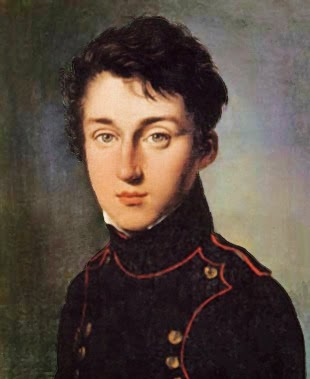 On June 1, 1796, French military engineer and physicist Nicolas Léonard Sadi Carnot was born. He is often described as the “father of thermodynamics“. In particular, Carnot gave the first successful theory of the maximum efficiency of heat engines. Carnot’s work attracted little attention during his lifetime, but it was later used by Rudolf Clausius and Lord Kelvin to formalize the second law of thermodynamics and define the concept of entropy.

Sadi Carnot was the eldest son of Lazare Carnot and he was born in the Palais du Petit-Luxembourg. At the time of Sadi’s birth, his father was an eminent mathematician, military engineer, and a member of the Directory, the French Revolutionary government which lasted four years from November 1795 to November 1799. Sadi was named after a medieval Persian poet and philosopher called Sa’di of Shiraz. It was a time of unrest and political turmoil in France and, due the position of his father, whose fortunes changed dramatically many times, he was brought up in a totally unstable environment of interacting politics and science. At the age of 16, Sadi Carnot became a cadet in the École Polytechnique in Paris, which was intended to train engineers for military service, but its professors included such eminent scientists as André-Marie Ampère,[3] François Arago,[4] Joseph Louis Gay-Lussac,[5] and Siméon Denis Poisson.[6] After graduating in 1814, Sadi became an officer in the French army’s corps of engineers. Because his father Lazare had served as Napoleon’s minister of the interior during the “Hundred Days“, he was forced into exile after Napoleon’s final defeat in 1815. Therefore, also Sadi’s position in the army under the restored Bourbon monarchy of Louis XVIII became increasingly difficult.

In 1819, Sadi transferred to the newly formed General Staff, in Paris. He remained on call for military duty, but from then on he dedicated most of his attention to private intellectual pursuits. He befriended the scientist Nicolas Clément and attended lectures on physics and chemistry. More and more, he became interested in understanding the limitation to improving the performance of steam engines, which led him to the investigations that became his Reflections on the Motive Power of Fire, published in 1824, considered the founding work of thermodynamics. Steam engines had achieved widely recognized economic and industrial importance, but there had been no real scientific study of them. Although there existed some intuitive understanding of the workings of engines, scientific theory for their operation was almost nonexistent. In 1824 the principle of conservation of energy was still poorly developed and controversial, and an exact formulation of the first law of thermodynamics was still more than a decade away; the mechanical equivalence of heat would not be formulated for another two decades.

Reflections on the Motive Power of Fire

In his main work Reflections on the Motive Power of Fire Carnot sought to answer two questions about the operation of heat engines: “Is the work available from a heat source potentially unbounded?” and “Can heat engines in principle be improved by replacing the steam with some other working fluid or gas?” The book was plainly intended to cover a rather wide range of topics about heat engines in a rather popular fashion, the most important part of the book was devoted to an abstract presentation of an idealized engine that could be used to understand and clarify the fundamental principles that are generally applied to all heat engines, independent of their design. This resulted in a model thermodynamic system upon which exact calculations could be made. By idealizing the engine, he could arrive at clear and indisputable answers to his original two questions. In Carnot’s idealized model, the caloric transported from a hot to a cold body, yielding work, could be transported back by reversing the motion of the cycle, a concept subsequently known as thermodynamic reversibility. 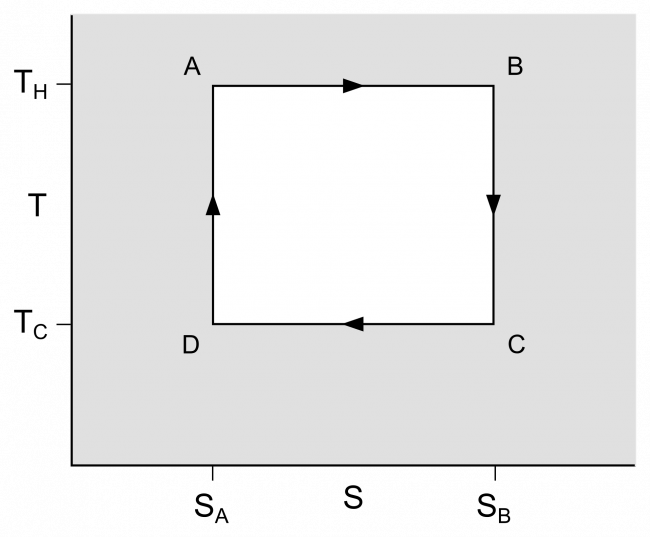 Carnot retired from the army in 1828, without a pension. He was interned in a private asylum in 1832 as suffering from “mania” and “general delirum”. He died during a cholera epidemic in 1832, at the age of only 36. Because of the contagious nature of cholera, many of Carnot’s belongings and writings were buried together with him after his death. As consequence, only a handful of his scientific writings survived. It is likely that Carnot would have made many more significant scientific contributions had his life not been so tragically short. His work was only taken seriously after his early death. Emile Clapeyron, a fellow student from Ecole Polytechnique translated Carnot’s book into mathematical terms and more than a decade later Rudolf Clausius and Lord Kelvin extended Carnot’s work into what is present day thermodynamics.