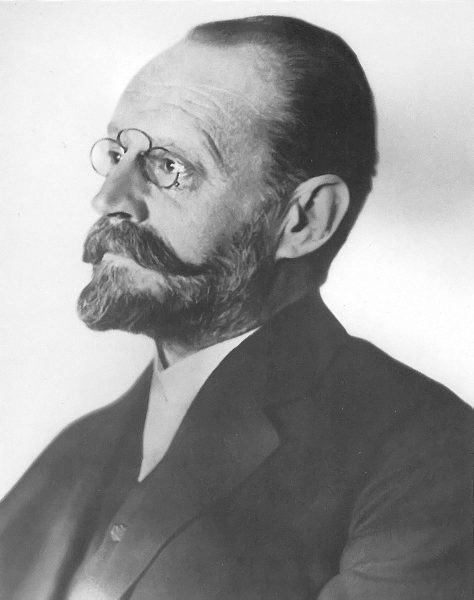 Carl Auer von Welsbach’s father Alois Auer von Welsbach came from modest backgrounds and had learned the printing trade. His father was director of the k.k. from 1841 to 1864. Court and State Printing Office in Vienna. Under his leadership, it became a world-renowned company. Carl Auer von Welsbach joined the Austro-Hungarian Army and became Second Lieutenant. In 1878, Auer von Welsbach entered the University of Vienna and studied mathematics, general chemistry, engineering physics, and thermodynamics. In 1880, Auer switched to the University of Heidelberg where he studied chemistry. There, in the laboratory of Professor Robert Wilhelm Bunsen,[4] he began investigations on rare earth metals. Two years later, he earned his Doctorate degree and moved back to Vienna where he started working as an unpaid assistant in Prof. Adolf Lieben‘s laboratory, working with chemical separation methods for investigations on rare earth elements.

Von Welsbach was able to separate the alloy didymium into its two parts for the first time around 1885 with a self developed method. The scientist saw several different colored versions which he named “praseodymium” (green) and “neodidymium” (pink); the latter then became the more common name for the element, neodymium.

In his work he observed the glow of the connections of rare earths in the flame of the Bunsen burner. When he soaked cotton threads with their salt solutions and burned the dried threads, a framework of the oxides remained, which shows a strong radiative capacity. In 1885, for example, Auer invented the incandescent mantle, also known as the capercaillie stocking, which significantly improved the gas lighting already known at that time, since considerably better light yields could be obtained with lower gas consumption. After Auer had optimized the composition (originally magnesium or zirconium, lanthanum and yttrium oxide, then thorium and cerium oxide), the gas glow light (contemporary “Auerlicht”) was superior to all light sources known at that time: it was not only significantly brighter than a candle or pine chip, but was also cheaper than other gas lamps or the electric carbon filament lamp.

Auer von Welsbach filed a patent on his development of the gas mantle. He named it Auerlicht and it used a chemical mixture of 60% magnesium oxide, 20% lanthanum oxide and 20% yttrium oxide which he called Actinophor. The light they produced was green-tinted. He attempted to sell the mantles but the original concept failed. Auer von Welsbach created a new mantle based on a mixture of 99% thorium dioxide and 1% cerium(IV) oxide. He developed it in collaboration with his colleague Dr. Haittinger. This time, they were much more robust and the light was much more “white”.

Improving the Gas Mantle and the Invention of the Flint

He founded another company and the new design was sold starting from 1891. The concept was successful and the company soon sold his device across Europe. In a next step, Auer von Welsbach worked on the development of metal-filament mantles with osmium wiring. Auer von Welsbach began producing his Auer-Oslight in a new factory in 1898. The device hit the market in 1902 and it was quite successful since it lasted longer and used about half the electricity for the same amount of light.

In 1903 he invented the flint, which is not a brittle stone, but a ductile metal alloy of cerium and iron, from which chips are removed by scraping, usually by the milling wheel, which are generated hot and ignite in air itself. In 1907 he launched the corresponding lighters on the market, and today’s lighters with flint are also based on Auers Cereisen. The term flint alludes to brittle minerals used up to then, which give off sparkling splinters by beating with stone or steel. The system is today best known in cigarette lighters. In 1905 Auer discovered – independently of Georges Urbain – the elements ytterbium and lutetium.

On March 10, 1906, Carl Auer von Welsbach registered the OSRAM trademark for electric incandescent and arc lamps with the former Imperial Patent Office in Berlin. Auer von Welsbach formed the Treibacher Chemische Werke GmbH  in order to build the devices and he received the Siemens-Ring award in 1920, as his name had become a synonym for the rise of artificial lightning. For the rest of his life he turned again to “pure” chemistry and published a number of papers on chemical separation and spectroscopy. He presented a major paper on his work on the separation of radioactive elements in 1922.