You are here: Home › physics › Sir Andrew Noble and the Science of Ballistics 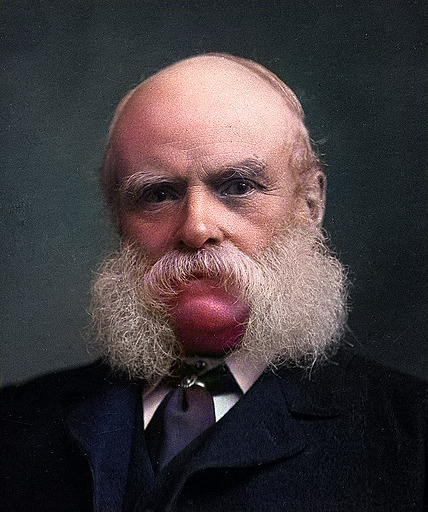 On September 13, 1831, Scottish physicist Andrew Noble was born. Noble was a gunnery expert, known as a founder of the science of ballistics. He invented the chronoscope, a device for measuring very small time intervals, and used it to measure the velocity of shot in gun barrels.

Born at Greenock, Andrew Noble was educated at Edinburgh Academy and at the Royal Military Academy, Woolwich. He was commissioned in the Royal Artillery in 1849. He later became secretary of the Royal Artillery Institution. Noble was secretary of the British government select committee on the replacement of smooth-bore cannon with rifled artillery and carried out research on the subject. He became Assistant-Inspector of Artillery in 1859 and one year later he became a member of the Ordnance Select Committee and of the Committee on Explosives, remaining on the committee until it was dissolved in 1880.

Noble joined Armstrong’s armaments works in Elswick in 1860. There he researched artillery, especially attempting to invent ways of measuring breech pressures. Two years later he invented the Electro-Mechanical Chronoscope to measure small time intervals between triggers inserted into a gun to determine the acceleration of projectiles as they travelled down the barrel, allowing him to assess the performance of different powders.

Improving the Properties of Black Powder

Andrew Noble collaborated with Frederick Abel on improving the properties of black powder.[3] Together they made it burn more slowly to produce more gas and a more consistent pressure, with the result that he was able to increase muzzle velocities from 1600 to 2100 feet per second, while the energy developed increased by about 75%. Andrew Noble’s achievements also influenced Abel’s development of a new smokeless powder, cordite. The guns and their mountings manufactured by Armstrongs had to be re-designed and they were able to expand the armament firm to one of the world’s largest by 1914. When William Armstrong retired, Andrew Noble began to obtain more business responsibilities. Noble claimed that all the Japanese guns which sank the Russian fleet at the crucial battle of Tsushima in 1905, had been manufactured by Armstrong at Elswick.

Noble was elected Fellow of the Royal Society in 1870 and was awarded the Society’s Gold Medal in 1880. One year later he was made a Companion of the Order of the Bath in 1881 and knighted in the order in 1893.  In 1902 he was created a Baronet, of Ardmore and Ardardan Noble, in the parish of Cardross, in the county of Dumbarton.