You are here: Home › aviation › Alexander Lippisch and the Delta Wing Design 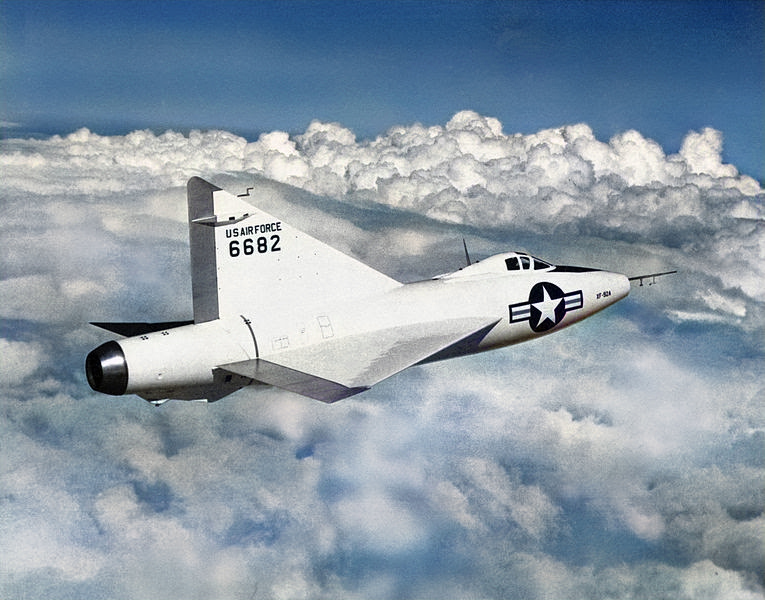 On November 2, 1894, German pioneer of aerodynamics and aviation Alexander M. Lippisch was born. He made important contributions to the understanding of flying wings, delta wings and the ground effect. His designs of tailless and delta-winged aircraft in the 1920s and 1930s were important in the development of high-speed jet and rocket airplanes. His most famous design is the Messerschmitt Me 163 rocket-powered interceptor.

Alexander M. Lippisch was born in Munich, Bavaria, to his father Franz Lippisch (1859-1941), a painter, and his wife Clara Commichau (1856-1942). Franz Lippisch was co-founder of the Berlin Secession and later lived as a landscape painter in Jamlitz (Lower Lusatia); his daughter Bianca Commichau-Lippisch (1890-1968), Alexander Lippisch’s sister, was also a painter. In 1909, Lippisch is assumed to have witnessed a flight by Orville Wright in Berlin Tempelhof, which highly fascinated him. However, the young man still planned to follow his father’s footsteps and enter art school. However, during World War I, Lippisch was able to fly as an aerial photographer and mapper and kept this interest in flying after the war. He became increasingly fascinated by tail-less aircraft and finished his first design in 1921, which was called the Lippisch-Espenlaub E-2 glider. This was the first of his designs that would reach production and it was built by Gottlob Espenlaub. In 1924, Lippisch was appointed Director of the Aeronautical Department of the RhonRossitten-Gesellschaft (RRG, which later became the German Research Institute for Soaring Flight).

Alexander Lippisch developed his designs step by step, first testing his concepts as a flying model, then as a man-carrying glider followed by the design of the powered aircraft. He preferred this method over expensive wind tunnel experiments. From his further designs in the period evolved his Storch model and his delta-wing designs. In 1929, the Storch IV glider demonstrated impressive stability and control characteristics with Gunther Gronhoff at the controls. The craft was demonstrated at the Tempelhof Airfield in Berlin, where Lippisch once saw Orville Wright and the young engineer hoped to receive financial backing from the government.[3] Even though the government was not highly interested, the pilot Captain Herman Kohl was and he expressed his interest in the idea of a tailless aircraft for flights across the Atlantic. The engineer interrupted his work on the Storch series and developed the renowned Delta series. [1] 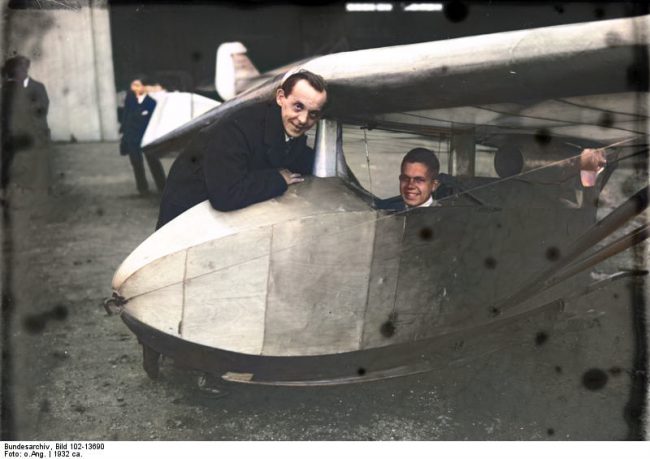 Alexander Lippisch, with Günther Grönhoff in the cockpit of the Storch V.
Image: Bundesarchiv

In June 1931, the powered Delta I was flown and since Gunther Gronhoff’s test flights were so successful, another demonstration at Tempelhof as conducted with great success. The Delta I was the world’s first tailless delta wing aircraft to actually fly. Lippisch’s interest resulted in a total of five aircraft, numbered Delta I – Delta V, which were built between 1931 and 1939. [1,2]

Since the tailless design seemed ideal for rocket aircraft, the DFS 194 design, originally conceived as a tailless propeller aircraft, was modified to play the role of a test carrier for a liquid rocket motor. The military further development of the so-called “Project X“‘ into a rocket-powered interceptor led to the incorporation of Lippisch’s design office (as Department-L) into the Messerschmitt-Werke in Augsburg in January 1939. Flight testing of the “DFS 194” with rocket engine was started in summer 1941. A Walter R 1-203 rocket engine with 300 kp (2.9 kN) thrust was used, with which the aircraft reached 550 km/h. The DFS 194 was a forerunner of the Messerschmitt Me 163 and already closely resembled its first prototype, the Me 163 A V4. The first flight tests with the Me 163 A resulted in excellent flight characteristics and Dittmar reached speeds of over 800 km/h in gliding flight. During a research program with wind tunnels, it was found that the delta wing was an advantage for supersonic flight and the engineer set to work designing a supersonic, ramjet-powered fighter, the Lippisch P.13a. However, the project had only advanced as far as a development glider, the DM-1.

After the Second World War, he was recruited by the USA as part of Operation Overcast. He was deployed there as a consultant for Air Materiel Command. In 1950, Lippisch moved to the Collins Radio Company, which at the time had its own aircraft department, and remained there until 1964. In 1963 at the Collins Hydrodynamic Laboratory, he was the first to conduct partially successful experiments with an X-112 ground effect vehicle. In 1969 Lippisch continued his experiments in Germany at Rhein-Flugzeugbau, and in 1970 his design RFB X-113 made the first successful flight of a ground effect vehicle. In 1972, the unmanned Dornier Aerodyne, which had been developed at Dornier with the participation of Lippisch, flew. Shortly after Lippisch’s death, the RFB X-114 began testing in 1977. Alexander Lippisch died in Cedar Rapids on February 11, 1976. After Lippisch’s death, his findings were used for the development and testing of new ground effect aircraft. At present, several projects are being pursued worldwide, the form of which goes back to the first prototype X-112.

His designs and conceptual ideas had a decisive influence on the development of fighter planes at Consolidated Vultee Aircraft Corporation. The Convair XF-92 was the first prototype to be built here. From this, the Convair F-102 and, as a follow-up model, the Convair F-106 were mass-produced as successful fighter aircraft. The Convair B-58, a supersonic strategic bomber, was also designed as a delta wing and set a number of aviation records, some of which are still valid today.